The Civil Guard has investigated the driver of an articulated vehicle that suffered a road accident in the municipality of Valdepeñas (Ciudad Real) and showed a blood alcohol level more than seven times higher than allowed. 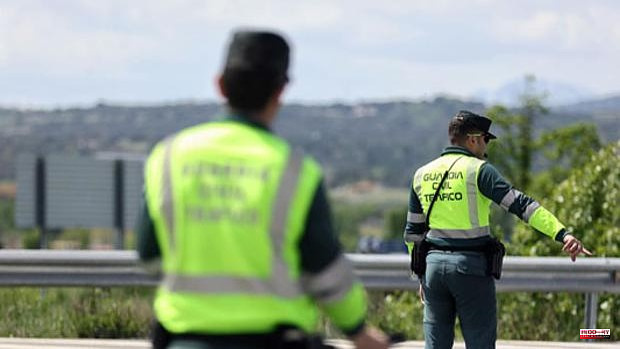 The Civil Guard has investigated the driver of an articulated vehicle that suffered a road accident in the municipality of Valdepeñas (Ciudad Real) and showed a blood alcohol level more than seven times higher than allowed.

The actions of the members of the Traffic Subsector of the Civil Guard of Ciudad Real were triggered around 4:10 p.m. on May 21, 2022 when a user alerted the Traffic Operations Center (COTA) of said Subsector that a person had He had been consuming alcoholic beverages in a bar and then had seen him get behind the wheel of an articulated vehicle and join the A-4 South Highway (Madrid-Cádiz), a growing sense, the Armed Institute reported in a press release. .

Immediately establishing the opportune device, agents of the aforementioned Traffic Subsector managed to intercept the offending vehicle minutes later at kilometer 1,000 of the CR-5214 (A-4 - CM-4117) highway, in the municipality of Valdepeñas (Ciudad Real), not being able to prevent that, at the precise moment of the stop, the articulated vehicle suffered a partial departure from the track with little material damage.

After carrying out the blood alcohol verification tests on its driver, it was detected that he was driving with a blood alcohol level of 1.25 and 1.14 mg/l of expired air in the first and second tests, respectively, for which he was investigated for a crime against road safety for driving a motor vehicle with a breath alcohol level higher than the legally established.

The proceedings have been forwarded to the Valdepeñas Guard Court of Instruction.

1 Schedule and where to watch Nadal - Van de Zandschulp 2 The teams with the most Champions in history 3 Arrested for running over a Civil Guard agent and... 4 Ponferrada students will serve an appetizer 'Sabor... 5 The mayor of Albacete hands over the keys to new homes... 6 A man was arrested in the port of Bilbao when he tried... 7 Madrid warns of the danger of cannabis: 4,253 hospital... 8 Alberto Núñez Feijóo breaks with the "zascas"... 9 The Prosecutor's Office asks to file the complaint... 10 TSJC rejects the recourse to the sentence for the... 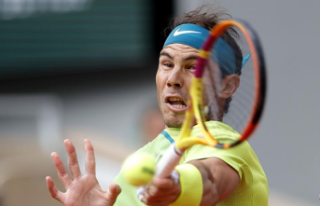 Schedule and where to watch Nadal - Van de Zandschulp