The Royal House and the Ministry of the Interior have been working for more than two months on a detailed plan to guarantee the safety of the King Emeritus in his hypothetical return to Spain. 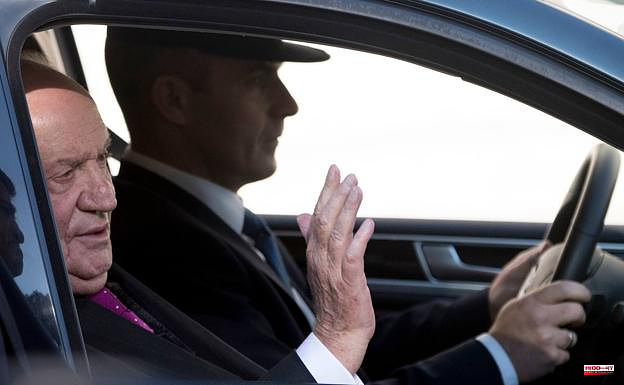 The Royal House and the Ministry of the Interior have been working for more than two months on a detailed plan to guarantee the safety of the King Emeritus in his hypothetical return to Spain. Although the axis of the deployment that is being finalized is in Sanxenxo during this weekend, where Juan Carlos I is expected to attend the celebration at the Club Náutico of the IV Circuit of the 6mR Class of the Spanish Cup, the Interior specialists also They contemplate that the former head of state can travel to other places in the Spanish geography and that he can make other public appearances.

This security deployment, which the technicians describe as "complex" given the popular and media expectation that the possible return has aroused, began to prepare at the beginning of March, practically at the same time that the Emeritus announced to King Felipe his intention to periodically return to Spain once the Prosecutor's Office shelved the investigations into his alleged irregularities.

From the beginning, the Interior and Zarzuela security experts have worked with the hypothesis that given the commotion over the hypothetical return, Juan Carlos I should have his own "security caravan" similar to the one that accompanies him in the acts public while still residing in Spain. This would imply moving with at least five vehicles and an escort of twenty non-uniformed Civil Guard agents, a body that would take charge of his "security capsule" of the Emeritus, as he did until his departure to the Emirates.

However, and depending on the movements of Juan Carlos I, the hypothetical security deployment could be much greater and involve several dozen more agents, both local police, particularly from Sanxenxo, and other specialties of the Civil Guard, such as divers. , Maritime Service, Traffic agents, members of the Reserve and Security Groups (GRS), technicians in deactivation of explosive devices (TEDAX-NRBQ) or Dog Guides.

The working groups of Casa Real and Interior also contemplate the mobilization of troops from similar specialties of the National Police in the event that the Emeritus travels "publicly" to urban demarcations, in particular to Madrid, where it is speculated that he could be seen with his son.

The possible return to Spain of the former head of state and the controversy caused have also made the information services be especially vigilant for possible acts of protest against that visit.

1 TotalEnergies announces a rebate of 10 cents per liter... 2 COVID-19: Quebec lists 14 additional deaths 3 Cryptocurrency: Poilievre Holds Assets While Promoting 4 Spring flood: flooded roads and residences in Lac-Saint-Jean 5 Dainese snatches the victory from Gaviria on the line 6 Tim Stützle's tournament over? 7 A first since Martin St-Louis? 8 Rebecca Marino on the threshold of the Porte d'Auteuil 9 Red Cross presents the 2022 Gold Draw campaign, which... 10 A woman is injured after falling with her car over... 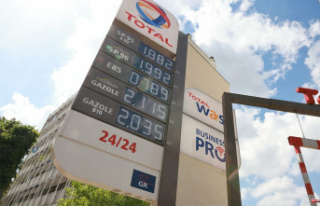 TotalEnergies announces a rebate of 10 cents per liter...