Inés Arrimadas and her executive endure the storm. 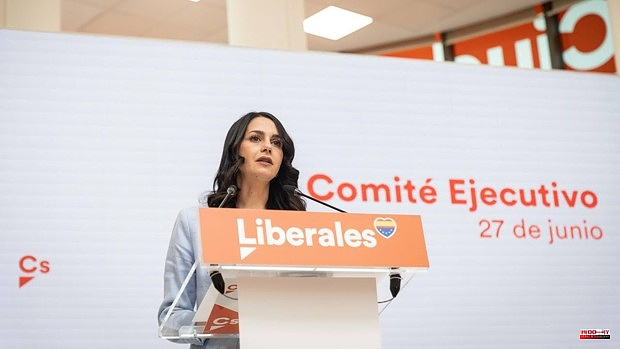 Inés Arrimadas and her executive endure the storm. The president of Ciudadanos (Cs) has bought time until the announced refoundation of the party is completed, after a "very tense" meeting of its Executive Committee, in which, according to sources consulted by ABC, the liberal leader has been unable to detail anything about the plan launched months ago. "A secret plan", complain some members of the expanded leadership who see the party leadership "entrenched".

The appointment began around half past eleven in the morning and lasted until after two. Almost an hour later, Arrimadas has once again gathered its members in the press room to give an 'open speech'.

The press has not even been able to enter the headquarters and has not been summoned to ask questions.

The intervention of the president of Cs, with a very serious face, has been broadcast on YouTube. She has recognized that in her head she weighed two options, resign and call an extraordinary General Assembly to elect a new leader or continue with the refoundation process. "The easy way or the right way," she has insisted, with the same speech as last week.

He has also repeated that the 'refoundation' has been planned for months, despite the fact that his deputy general secretaries, Edmundo Bal and Daniel Pérez Calvo, denied the major on Monday of last week and ruled out such a complex process just a few hours before Arrimadas advertised on the radio, again without a press conference.

In the Executive Committee, critical voices have demanded that Arrimadas make his refoundation plan more specific, but there has hardly been a novelty: the appointment of a political team that will lead this stage together with the technical team that has been working for months under the tutelage of the boss of the Cabinet of Arrimadas, David Martínez. Those technicians, however, had launched what until now had been called a 'resistance plan'. And the first stage of that plan was the Andalusian elections, where Cs had set itself the goal of improving the result obtained in February in Castilla y León. Result: disappearance of the Andalusian Parliament.

Different sources assure this newspaper that no one at the meeting has asked for the leader's dismissal or has proposed an alternative to the refoundation. Even so, she has assured in her appearance without questions and without journalists that she has placed her position at the disposal of the Standing Committee, the core of her trust, and that the entire Standing Committee has subsequently offered her resignation to the Executive committee. Both extremes have been rejected, but in the more than two and a half hours of meeting the existing differences within the executive have been verified. And this was only one of the two meetings that the party has ahead, the 'easy' one. This afternoon, at five o'clock, the ordinary meeting of the General Council is scheduled, where organic control is less and the management fears not channeling the situation.

The leader of Cs, likewise, has asserted that her "commitment" to the party will last at least until the refoundation process is completed, which she wants to close in six months - something "unfeasible" for some voices from the executive. Later, she has promised, the militants will have a say on all aspects that affect the party, including their position. The objective of Arrimadas is to reach the municipal and regional elections with a completely renewed formation and with an attractive liberal offer that allows the Spanish to "forgive" the "mistakes" made by Cs.

The crudeness of the meeting is reflected in the faces of the leaders who have appeared outside the Cs headquarters. From the deputy mayor of Madrid, Begoña Villacís, who has arrived at number 253 on Calle de Alcalá in Madrid asking for "a catharsis", to César Zafra, former secretary of the Organization of Cs Madrid and right-hand man of Ignacio Aguado, who last week requested the resignation of the executive and the calling of a General Assembly.

The political team announced by Arrimadas will include Villacís as political coordinator and Deputy Guillermo Díaz as spokesperson. It is completed by the mayor of Ciudad Real, Eva Masías, the spokesperson for Cs in Santa Coloma, Dimas Gragera, the MEP Adrián Vázquez, the regional coordinator and spokesperson in the Balearic Parliament, Patricia Guasp, the deputy María Muñoz, and the coordinator of Cs in Madrid, Mariano Fuentes.

1 Electric companies paid 8,910 million euros through... 2 What happens if I go on vacation without unplugging... 3 The Economic and Social Council of the Diputación... 4 The Government renames the Air Force to also cover... 5 Sexual violence in Catalonia: complaints increase... 6 Reduction of the transport pass in Madrid: when can... 7 Ferrocarrils de la Generalitat Valenciana approves... 8 Is it possible to go to the center of Madrid during... 9 Tomatina de Buñol 2022: dates, complete schedule... 10 Buxadé: «Sánchez is a sociopath, he lacks scruples... 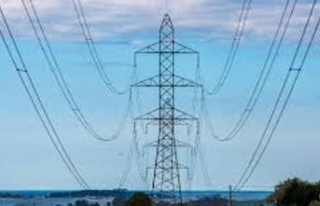