Inma Sanz, the insurmountable spokesperson for the first two-color government in Madrid in which Almeida hides

He was one of the first two people to whom José Luis Martínez-Almeida entrusted the "rumor" of internal espionage against the president of the Community of Madrid that ended the political careers of Pablo Casado and Teodoro García Egea. 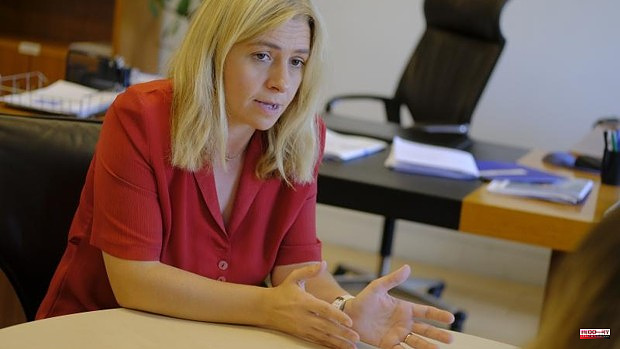 He was one of the first two people to whom José Luis Martínez-Almeida entrusted the "rumor" of internal espionage against the president of the Community of Madrid that ended the political careers of Pablo Casado and Teodoro García Egea. The popular councilor went to Inmaculada Sanz Otero (Cubelo de Sanabria, 1977) to ask for advice on how to act in the face of the biggest scandal that has shaken the fifth floor of Genoa in recent years. Actually, he leaned into her like he always has. It is no coincidence that her name is the first that the mayor of the capital has mentioned to Isabel Díaz Ayuso to be included in the executive of the new Madrid PP. She will occupy one of the four deputy councils: the sectoral one.

They share a passion for golf. And she also understands her excessive passion for Atlético de Madrid, since her husband lives it with the same intensity as Almeida. "He always leaned a lot on me, he asks for my opinion, he likes to listen and values ​​the opinions of those close to him", this is how Sanz herself expressed herself when asked by ABC about Almeida's catharsis during the pandemic, when he came to be classified as 'Mayor of Spain'. "You know that some misfortune can happen to you during the mandate, but not something of these dimensions," she expressed about managing the health crisis. «It's hard personally, that's why it's nice to have people you can lean on. During the pandemic, the mayor and I held videoconferences to disconnect, in which nothing was discussed about work. In the campaign I even saw him more than my husband », she confessed about her relationship with Almeida.

His trust in her was evident when he chose her to lead his electoral campaign when he had already been anointed, against all odds, as a candidate for mayor of the capital. The skill with which Sanz dodges controversial questions from the press every Thursday after the Governing Board allows us to glimpse why he also raised it to be, for the first time in the capital, the voice of two parties, PP and Ciudadanos, from the same government.

During this convulsive mandate, she has had to deal with the biggest crises that the city council has had to endure, given her responsibility not only as a spokesperson for the Government, but also as a delegate for Security and Emergencies: the Covid-19 pandemic, the scourge of the Filomena storm and deadly explosions such as the one in the parish of La Paloma and the one in Calle del General Pardiñas.

Graduated in Business Administration and Management from the Autonomous University of Madrid, between 2000 and 2006 she has held different positions in the Madrid City Council: Director of the Tetuán Cultural Center, the José de Espronceda Cultural Center and Spokesperson for the Popular Group on the Board Municipality of Tetouan. Within the PP she has been president of the Hortaleza district formation since 2011 and has chaired the affiliation committee since 2019. She now adds a new responsibility in which she will once again be Almeida's eyes and ears.

1 Investments of $10 million for the creation of public... 2 Arrested two months after the savage attack on a 75-year-old... 3 Sexual assaults: a class action against the Diocese... 4 A party goes completely wrong at a Laval high school 5 The left intensifies its offensive due to the visit... 6 The enriching experience of broadening horizons 7 Open doors to the university of experience 8 Peugeot unveils its new racing car, the Hypercar 9X8,... 9 Top 14: Racing 92 aims for victory in Montpellier... 10 [PHOTOS] A woman denounces Russian rapes in Ukraine... 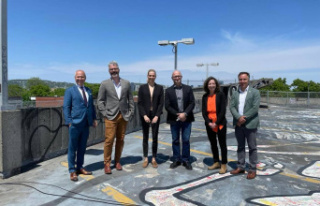 Investments of $10 million for the creation of public...