Food manufacturers have already increased their prices in Germany by an average of 16. 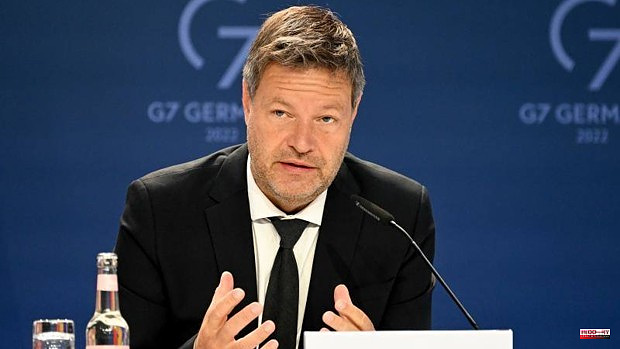 Food manufacturers have already increased their prices in Germany by an average of 16.6% since the beginning of 2021. Surcharges are higher for everyday products, including oils and fats (53%), flour (28%) and pasta (19 %), although prices in food retail increased by only 6%, as large supermarket chains are absorbing part of the price increase.

"Retail food prices are very likely to increase by more than 10% in Germany in 2022," calculates retail trade expert Aurélien Duthoit of Allianz Trade and data from the Federal Statistical Office (DESTATIS). give the reason Inflation rose in May in Germany by 7.9% year-on-year, a new maximum in almost half a century.

The increase is 0.9% in relation to the month of April, when year-on-year inflation stood at 7.4%, according to preliminary data advanced today and waiting for the definitive data for May to be published on June 14.

Since the beginning of the war in Ukraine, energy prices in particular have increased significantly compared to the same month last year. As for food, prices also increased at a rate above the average, with 11.1%. The last time the inflation rate in Germany was as high as it was in May 2022 was in the winter of 1973/1974, when oil prices also rose sharply as a result of the first oil shock.

DESTATIS reports that there is a cascading effect in price increases, which impact each other at various levels of economic activity, to which "the effects on the prices of supply chains, interrupted as a result of the pandemic". The Minister of Economy and Climate, Robert Habeck, has announced that he does not expect prices to start falling for at least a year and that the current CPI data will still be surpassed in the months to come. The fuel discount will apply for three months, starting June 1, but Habeck expects a great demand for the cheaper fuel that will contribute to the rise of the previous ones.

As of June 1, the energy tax on fuels will be reduced to the minimum required by European legislation. According to the Ministry of Finance, this should make gasoline 35.2 cents cheaper and diesel 16.7 cents. The deposit discount will be granted until the end of August. The gas station industry has already warned that with price reductions, high demand from motorists will likely be met by tight supply. Temporary bottlenecks at stations "cannot be completely ruled out."

According to the Minister of the Economy, it cannot be ruled out that the subsidy will paradoxically lead to higher prices if demand soars, but he considers that, after the first avalanche, the situation "would calm down again". As for the price of oil, he emphasizes that the prices were formed through speculation in the market, caused above all by the "Putin war". Habeck has added: "Anyone who is angry about high prices at gas stations should be angry at Putin, that's where it all comes from."

The motorists association ADAC has called on drivers to plan their purchase of fuel in the face of the expected “unusual queues and waiting times at gas stations”. The association has also guaranteed that many gas stations will continue to sell the fuel they bought in May at the old price in the first days of June. "Drivers should proceed with a sense of proportion and have enough fuel in the tank so they don't have to drive to the tank until a few days after the start of the month," advises the auto club. The head of the consumer advisory center in North Rhine-Westphalia, Wolfgang Schuldzinski, has also recommended: "Because bottlenecks are imminent on June 1, no one should empty their tank almost completely before that date." .

The main drivers of inflation in Germany remain, moreover, energy prices, despite the fact that the federal government has implemented two aid packages, one billion euros in relief for consumers. There are also signs that the first interest rate hike in the euro zone in more than ten years will begin to combat this runaway inflation. The European Central Bank could set the course at its next meeting on June 9 and the first interest rate hike is expected in July, although many analysts believe that the issuing bank's move comes too late.

1 Saint-Paul-de-Varces. Isere: A paraglider who was... 2 Miscellaneous facts. Rennes prison guards are accused... 3 Arrested a house robber who hid his loot in a baby... 4 Urkullu takes advantage of his trip to Corsica to... 5 Ukraine war. Agriculture: Opening of aid applications... 6 Justice: Patrick Balkany's release was suspended... 7 The Boccherini Festival brings music to emblematic... 8 United Kingdom: Less than 25% of women are promoted... 9 Charles Caudrelier trains for the Route du Rhum solo 10 They present another lawsuit against Rubiales and... 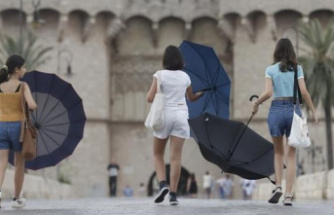 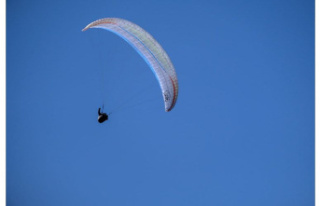 Saint-Paul-de-Varces. Isere: A paraglider who was...