Inflation: “Companies that can increase wages must do so”, insists Bruno Le Maire

"Work must pay and pay well", declared Bruno Le Maire after having received in Bercy, this Monday at the end of the afternoon, the representatives of employers' organizations and professional federations to take stock of the economic situation. 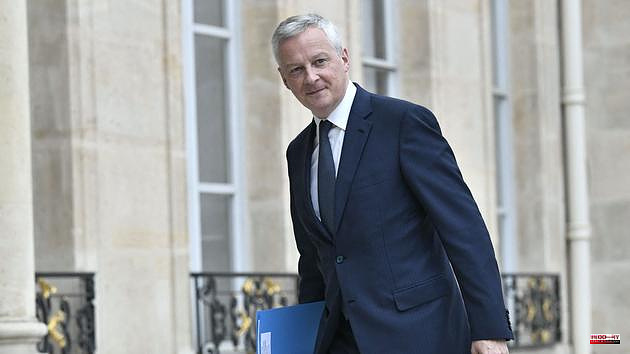 "Work must pay and pay well", declared Bruno Le Maire after having received in Bercy, this Monday at the end of the afternoon, the representatives of employers' organizations and professional federations to take stock of the economic situation. of the country, with the fight against galloping inflation in sight. This is, indeed, the thorny issue of this start of the second five-year term and the executive intends to show that it is able to provide a quick solution.

The ambition of the new Minister for the Economy, Finance and Industrial and Digital Sovereignty, second in protocol order behind the Prime Minister, Élisabeth Borne, could not be clearer: to present to the Council of Ministers, before the legislative elections of 12 and 19 June, a bill on purchasing power. And this to better “protect the purchasing power” of the French nibbled by inflation which was close to 5% year-on-year in April.

Among the guests at this meeting were the main interprofessional organisations, i.e. the Medef, the CPME but also the U2P, and sectoral organisations, such as the Fédération du commerce et de la distribution (FCD), the Union des industries et professions de la metallurgy (UIMM) or the French Building Federation (FFB). The objective of this meeting was both to hear the concerns of economic players but also, and above all, "to study with them how they can participate in protecting the French against rising prices", explained Bruno Le Mayor, during the handover organized on Saturday with his delegate ministers. Because in the eyes of the minister, the preservation of purchasing power should not be the sole responsibility of the government, but should be distributed “equitably” between the State and businesses.

Invited by the unions to engage in a general increase in wages, the employers' representatives reaffirmed that such a solution should be ruled out. “We cannot give what we do not have and promise the moon when companies are emerging from two years of crisis and are also faced with rising costs. If we increase wages and companies fall behind, we won't have won anything, "said the president of U2P, Dominique Métayer. Faced with rising prices, “companies have the same pressure, rebounded François Asselin, his counterpart from the CPME. We are seeing our raw material supply prices skyrocket, energy first. And when you can't pass on the selling prices, it's complicated."

Especially since companies, according to their employer representatives, have already made significant efforts to offset the effects of inflation, whether through individual increases or bonuses. "Wages have increased by more than 3% in the last mandatory annual negotiations and profit-sharing and participation will certainly increase a lot too", recalled Frédéric Coirier, co-president of the Movement of medium-sized companies (Meti).

At the end of this meeting on Monday, Bruno Le Maire hammered home that "companies that can increase salaries must do so". However, "it is not a question of weakening VSEs or SMEs which do not have the means to increase their salaries", he specified while recalling that "for them, there is an extremely effective", it is the "Macron bonus", totally tax-free up to 6000 euros. “It is an instrument that must be massively used”.

Other levers put forward by the Minister of the Economy: profit-sharing, participation and employee shareholding. “I am ready to look at all the additional simplification measures” on this instrument, he declared while business leaders and representatives told him on Monday that aspects should be “simplified such as the formula participation”.

Finally, François Asselin, president of the CPME, who detailed this Monday morning on France Info his wish for an exemption from employer charges on overtime, seems to have been heard. “The CPME has made interesting proposals on the subject of overtime. It must be added to all the instruments that can be made available to companies so that employees make a better living from their work, ”said Bruno Le Maire.

The bosses also took advantage of this exchange with Bruno Le Maire to recall their concerns vis-à-vis the repayments of loans guaranteed by the State (PGE), in view of the current situation. In unison, the federations pleaded for an extension of the duration of reimbursements, already postponed several times over the past two years. The Medef meanwhile renewed its call to tackle the problem of inflation through targeted solutions. "We cannot collectively afford a permanent 'whatever the cost'", recalled its president, Geoffroy Roux de Bézieux.

The package of measures which will appear in the amending finance bill should include an extension of the tariff shield on gas and electricity prices until the end of 2022 as well as a "sustainable and better targeted system" than the discount of 18 centimes per liter on fuel prices at the pump.

1 Fuels, energy, food… What the “purchasing power”... 2 TV rights: L'Équipe will broadcast the qualifications... 3 Fuels: the liter of SP98 returns to the symbolic bar... 4 Pensioners' unions want at least a 4.5% increase... 5 "The horizon has darkened" on the economy,... 6 Russia: a former Minister of Transport at the head... 7 The Livret A accounts for 1.87 billion euros net in... 8 Government: portfolios for housing and transport after... 9 Boarding for Cannes: those who love Chéreau will... 10 Colin Cantwell, the man who designed Star Wars'... 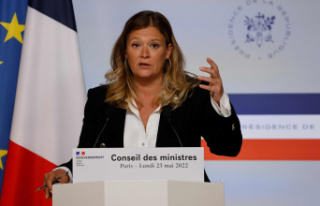