The Universitat Pompeu Fabra (UPF) has seen its academic activity at the Ciutadella Campus (Barcelona) interrupted on Tuesday morning. 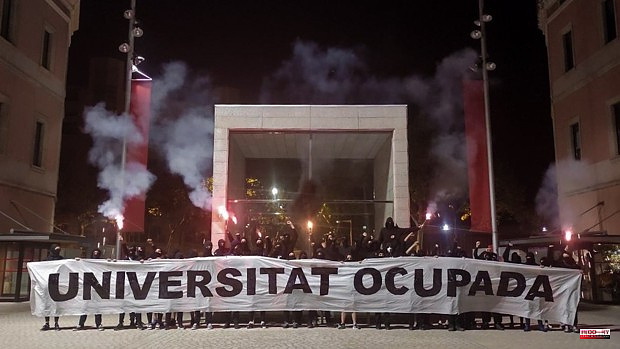 The Universitat Pompeu Fabra (UPF) has seen its academic activity at the Ciutadella Campus (Barcelona) interrupted on Tuesday morning. All this caused by the student protests with the claim of Catalan in the classrooms as a flag. The students ended up occupying the rooms of the university, which has caused the impossibility of carrying out classes normally.

Through social networks, the university has explained the reasons for the cancellation of classes and has added that academic activity is suspended "until further notice". The institution has reported that this alteration is "a consequence of the occupation of the Ciutadella Campus" framed in the strike call for this Tuesday, May 31.

The student protests are called by the Sindicat d'Estudiants dels Països Catalans (Sepc) to vindicate Catalan in the classrooms.

Likewise, they have also used social networks to point out the reasons for their protest. "We started the day with the strength and the conviction that only through struggle will we achieve what has been taken from us," he explained.

1 Schedule and where to see the Zverev - Alcaraz 2 Rescuers recover the 22 bodies of those killed in... 3 Waze: The application takes on Toulouse and Marseille... 4 Unis-Cite Bordeaux: Candidates for 170 missions in... 5 Spain has its gas storage at 66%, above the European... 6 The Bank of Spain warns that the closure of trade... 7 Consum reduces the working week by one day in another... 8 Liliana Colanzi: «I am interested in having a dialogue... 9 Arrested in Alicante for fleeing Belgium with his... 10 Rubiales, 400,000 euros more salary than the president... 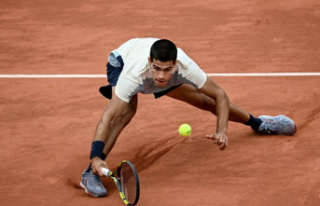 Schedule and where to see the Zverev - Alcaraz