It is logical that the economic ministers are optimistic to insufflate spirits. 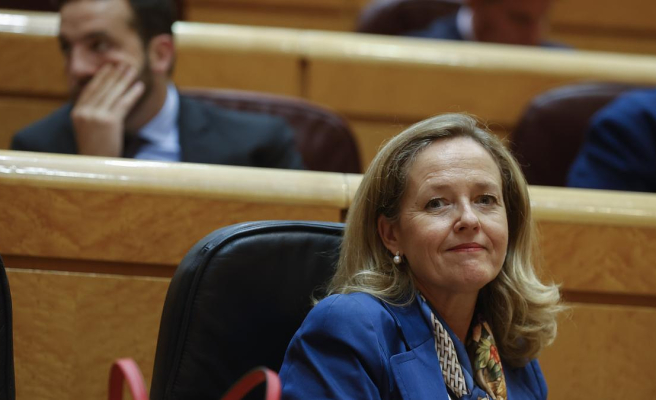 It is logical that the economic ministers are optimistic to insufflate spirits. A decade ago, Pedro Solbes denied the crisis to the point of vomiting. Now it is Vice President Nadia Calviño who seems like Alice in Wonderland: Spain is doing well, but it will be even better. The problem with “doing a Solbes” is that it makes a wrong diagnosis of the situation and, consequently, applies an erroneous recipe that leads us to disaster, as happened with the great recession.

If we look at the analysis made by the Governor of the Bank of Spain, Pablo Hernández de Cos, Spain could enter into stagflation in the next legislature if drastic measures are not adopted. In his opinion, the only way to avoid it would be an income pact and a plan to amortize the structural deficit that reassures the market in the face of the Spanish bond.

It is as if each of them were talking about different countries and realities. For the vice president, Spain is living in the best of all worlds; for the governor, an economic tsunami is coming.

Probably the reality is neither so nor so bald. As in Federico Fellini's film Y la nave va (1983), things will move forward in fits and starts. That is to say, the Government of Pedro Sánchez will finish the present legislature and then a stage will begin that, according to the polls, will be directed by the current leader of the PP, Alberto Núñez Feijóo. If this thesis is confirmed, the situation of 20-N 2011 with Mariano Rajoy would be repeated when the electorate moved to the right to avoid the economic debacle aggravated by the inactivity of Rodriguez Zapatero. For this reason, in business circles, not only are there fears that independence threats to end the legislature will become a reality, but quite the opposite. "That breva won't fall," he tells himself.

Ending the agony of the progressive government would be excellent news for employers. The contradictions of the Government with Podemos, and the so-called investiture bloc, are clamorous and have ended up exploding with the Pegasus case. As much as it is denied, parliamentarily it is a very unstable government, as has been shown with the labor reform and the decree of measures to cushion the effects of the war, which were approved by the hair.

In economics things are even worse. It is not possible to adopt any adjustment measure or anything that is not electioneering. It is losing a year and a half to take the bull by the horns, as the monetary authorities claim. It is now that the call he made on TVE, the then vice president Enrique Fuentes Quintana, in August 1977, on the eve of the Moncloa Pacts, is missed. Despite everything, neither Podemos nor ERC are going to hasten the end. Both fear that a government of the PP and Vox will arrive in La Moncloa. They are condemned to continue to try to turn the tables, or the polls, in 18 months, although they will not have it easy.

1 Cañadas asks that the census of the Cercle elections... 2 In Wonderland 3 Is Bizum going to be paid? The company finally responds... 4 Barcelona Tribune debate on talent and economic activity 5 Calviño refuses to pose for a photo in a forum as... 6 Balearic Islands will allow obsolete hotels to become... 7 The CEOE rejects linking wages to inflation 8 Barcelona, ​​venue for the semi-finals of the... 9 Tourism Talent Forum: a commitment to bring the sector... 10 Gas cap suffers further delays more than a month after... 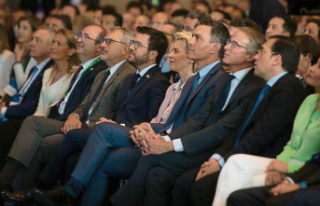 Cañadas asks that the census of the Cercle elections...