The observation is no longer to be made. 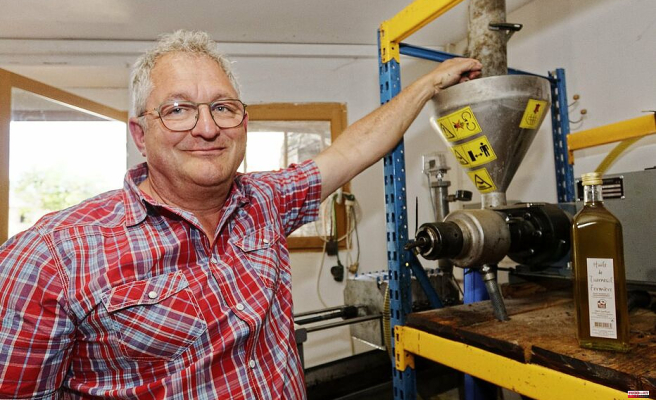 The observation is no longer to be made. The economic consequences of the attack of the Russian army against its Ukrainian neighbor are visible even in the empty shelves of supermarkets and wholesalers. The world's largest producer of sunflower, Ukraine accounts for 50% of world oil exports from this flower. War and destruction caused prices to soar and cut off certain supply taps, the fear of a shortage pushed consumers to stockpile, aggravating the phenomenon.

As a result, professionals and individuals are turning to French farmers. In La Couture-Boussey (Eure), the Ferme du Clos de la Mare cold presses seeds that seem to melt like snow in the sun in the face of growing demand. At an average rate of three liters per hour, pressing oil is a job of patience. On a ton of sunflower seeds, 40% gives oil, the rest - the cake - goes to another farmer to feed his animals. The 10,000 liters of rapeseed and sunflower bottled per year are sold to collective catering, mass distribution, delicatessens, restaurants and for direct sale at the farm.

Read alsoSunflower oil shortage: price, taste, health... what are the alternatives in your kitchen

Its organization and the rotation of its soils to obtain the desired quality have until now allowed Jean-Marie Lenfant to supply its network with sunflower oil without interruption while keeping “about 25 tonnes to predict the risks for the next harvest. Only there they will be used. I won't be welding until September. In fifteen days, there will be nothing. We have already experienced heat strokes, but this is exceptional! For the past two months, I have had new requests every day, but I keep my regular customers first. I don't follow world prices. I have only increased by a few tens of cents per litre, because my costs are also increasing. I want to respect my commitments first. ".

Respond to demand as best as possible

Son and grandson of agriculture, Jean-Marie Lenfant has been back on the family farm since 2000 after a career in agricultural equipment sales. He has since focused on processing the cereals grown on his 120 hectares: “We are well placed to sell farm products. I am a suburban farmer, at the crossroads of major cities and 55 minutes from Paris Saint-Lazare by train. I like processing and selling,” laughs the farmer.

In 2003, he began producing rapeseed and sunflower oil. Then, in 2006, using a stone millstone, he transformed his wheat and buckwheat into flour: "I very quickly saw the interest in focusing on food products", specifies the man, who at 62 years old is elected to the Eure Chamber of Agriculture, president of the edible and non-edible oils sector and national president of the Bienvenue la ferme network, which has 8,000 farmers in France. His farm also receives nearly 4,000 visitors a year, “because today people want to know everything about agriculture. »

Listening to the news, Jean-Marie Lenfant tries to analyze the growth in demand to best meet it. He doubts it will last a long time, “like a new global balance. Many interlocutors tell me that it would be good to relocate, but you need equipment, land. I don't want to produce more, because what visibility do we have on possible orders next year? In addition, agronomically, it would be stupidity! On the other hand, this period allowed me to hire”.

1 Ezentis will set the number of board members at its... 2 Russia assures that the Ukrainian military evacuated... 3 Libya: rival government leaves Tripoli hours after... 4 Urkullu resumes his international agenda and will... 5 Elisabeth Borne, surrenders in Ukraine, unemployment... 6 Chanel, third in Eurovision, 5,181 in the INE 7 Catalonia raises a tax per cigarette to encourage... 8 Feijóo recites article 2 and settles the controversy... 9 Bryan Adams will perform in Illescas on July 22 as... 10 María Tello debuts with the Spanish hockey team 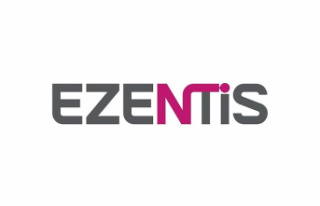 Ezentis will set the number of board members at its...