In turns, in a caravan and only for 4x4: this is how you drive on a lava road even at 400 degrees

The Cabildo de La Palma has opened today, June 1 and in a restricted way, the pass along the road that it is running between La Laguna and Las Norias, which allows communication between the north and south of the lava flows to be recovered. 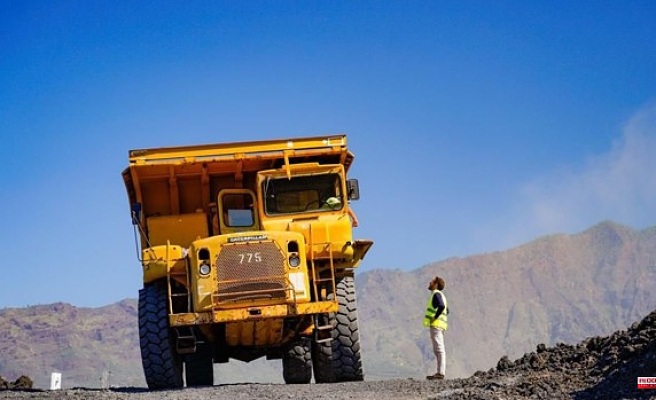 The Cabildo de La Palma has opened today, June 1 and in a restricted way, the pass along the road that it is running between La Laguna and Las Norias, which allows communication between the north and south of the lava flows to be recovered.

This is a new victory for the palmeros who have managed to conquer the lava with this La Laguna-Las Norias highway, which is 3,300 meters long and built with materials from the volcano itself. The opening has conditions, certain points still register temperatures of more than 400 degrees.

A circulation has been established in three time slots, without stops, exclusively for 4x4 vehicles, and only for residents and workers in the area. The maximum speed is 20 kilometers per hour and the displacements for the moment will be carried out in a caravan escorted by the Local Police of Los Llanos de Aridane, who will carry out the accompaniment throughout the entire route.

In the first pass, 237 4x4 vehicles have been registered

While the vehicles conquer the lava and circulate, connecting both lavatory areas, work continues along the route of the road, with the aim of facilitating the mobility of residents and workers who have to travel in this area as soon as possible. . Once it has been possible to provide the road with the conditions for automobile traffic in one of its two lanes, these passes have been exceptionally authorized, which will be carried out alternately in each of the directions seven days a week .

The president and vice president of the Cabildo de La Palma, Mariano Hernández Zapata and Borja Perdomo, respectively, agreed to highlight the speed with which they are working on the creation of this road to facilitate mobility in the Aridane Valley, which was seriously affected by the destructive action of the lava flows.

Zapata and Perdomo have stressed that this measure is exceptional, as it is a work that is still underway, within the planned execution deadlines, for which they call on the population to strictly comply with the security conditions set by the management. of works. «The passes along the road coexist with a road under construction, so it is essential to attend to each and every one of the conditions established for transit, so that, among other things, they do not affect the progress of the works, the state of the road and, more importantly, to the safety of people", they explained.

"Our will in this work, as in the entire recovery process of La Palma, is to return normality to the Aridane Valley as soon as possible, overcoming the destruction of the volcanic eruption." Hence, "let's take this step without the road works having yet been completed, once the platform of one of the two lanes has conditions for the transit of 4x4 vehicles", pointed out the palmero president and the vice president and councilor .

The mayor of Los Llanos de Aridane, Noelia García Leal, considers that this is a historical event. For the mayor, this is how communication itself is opened up again and also because of social communication and the psychological impact it has on the residents of the southern area of ​​la colada who will be able to use this route to get closer to their homes, which will alleviate the housing pressure that is currently concentrated in the urban core of the municipality.

1 The popular jury finds the defendant guilty of killing... 2 Benidorm hoteliers ask for the resignation of Minister... 3 On Tuesday, June 7, Corpus chairs go on sale 4 The Bank of Spain asks Galicia not to lower its guard... 5 Unions, employers and the AMB approve 420 recipes... 6 The Bank of Spain urges the Government to withdraw... 7 They ask for 60 years in prison for the man who attacked... 8 Errejón forced supporters to make donations to finance... 9 'La Plazuela' reaches maturity with the... 10 The Government warns the Xunta that to obtain the... 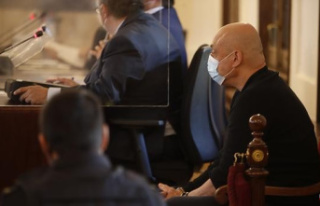 The popular jury finds the defendant guilty of killing...