More than 30 people were injured, "including ten seriously" in Paderborn, a town in western Germany which was crossed by a "tornado", a police spokesman told AFP on Friday. 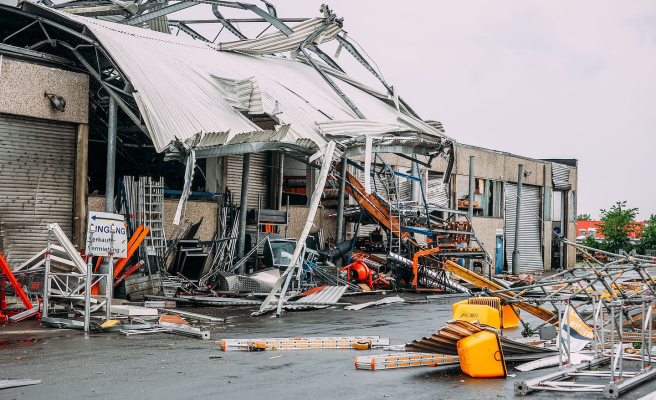 More than 30 people were injured, "including ten seriously" in Paderborn, a town in western Germany which was crossed by a "tornado", a police spokesman told AFP on Friday. .

This rare and localized phenomenon hit this average city in North Rhine-Westphalia at the end of the afternoon, when bad weather affected the whole country after several days of abnormally high temperatures for the season.

The police have assessed the “damage” caused by the bad weather in Paderborn at “several million” euros.

The tornado column progressing towards homes, sweeping away trees and building sections, was visible in several photos posted on social media.

The town of Lippstadt, about thirty kilometers away, was also probably hit by a tornado, according to a spokesperson for the fire department, with no injuries at this stage to be deplored.

The steeple of the church in this city was swept away by the violence of the gusts of wind, according to photos published on social networks.

The spokesperson reported “roofs torn off, windows shattered and numerous trees uprooted throughout the city”.

More generally, the bad weather caused a lot of damage in this region of western Germany, with the police reporting countless uprooted trees.

In Rhineland-Palatinate hailstorms several centimeters in diameter were also reported.

This region, along with North Rhine-Westphalia, had already been badly affected last July by torrential rains which had caused flooding and claimed the lives of more than 180 people.

Rail traffic on high-speed trains was heavily disrupted in the west, and police called on residents to stay at home.

To the south, in Nuremberg, Bavaria, regional traffic was also severely disrupted due to fallen trees on the railway tracks, Deutsche Bahn said.

The German weather services have issued a storm warning for Friday, with wind gusts that could reach up to 130 km / h in places.

The bad weather, which first affected the west of the country, moved east in the evening.

The violence of the storm is linked to the arrival in Germany of particularly hot air from Spain, which is currently going through a heat wave, and from France on the one hand, and cold air from the north on the other. , estimated the meteorologist Özden Terli on public television ZDF, who spoke of an “explosive mixture”.

France has recorded a spring heat record, beating the series of 37 consecutive days dating from April to May 2020, according to the meteorological services.

In Germany, the bar of 30 degrees, sometimes more, was reached on Thursday in several municipalities in the west and south of the country.

1 Covid slows down and health pressure drops, but Castilla... 2 Biden fears a Korean missile will hit his visit to... 3 Elisabeth Borne: purchasing power, Pap Ndiaye... what... 4 Paris 13 Atletico under pressure, the young people... 5 Spain: a sauna suspected of being a focus of monkeypox 6 10% of public works could be deserted by inflation 7 Santonja: «The Ages will hardly leave the Community... 8 Castilla y León will maintain the educational "successful... 9 Investigation into the tragic death of a young Quebecer... 10 Pay equity: Legal aid lawyers on strike next Tuesday 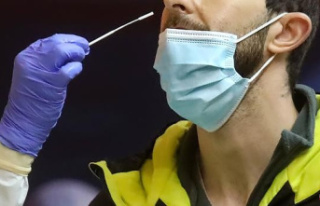 Covid slows down and health pressure drops, but Castilla...