After 82 consecutive days of resistance against the Kremlin forces, the wounded soldiers who have defended their position at the Azovstal steelworks in Mariupol until the last day, began to be evacuated to territories controlled by Moscow on Monday night to receive medical treatment. 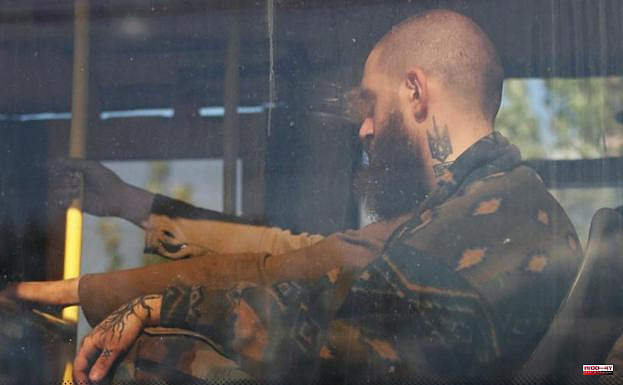 After 82 consecutive days of resistance against the Kremlin forces, the wounded soldiers who have defended their position at the Azovstal steelworks in Mariupol until the last day, began to be evacuated to territories controlled by Moscow on Monday night to receive medical treatment. , as initially stated by the Russian Ministry of Defense, information later corroborated by the Government of kyiv. “There can be no other rescue formula than the one currently used. It was the only way out », affirmed the Ukrainian Deputy Minister of Defense, Hanna Malyar, who pointed out that thanks to her work « she gave us critical time to create defensive lines, form a reserve and other very important actions of the military operation ». Now, she continued, the bottom line is saving their lives.

According to the agreement reached by both sides, some 260 wounded soldiers would be evacuated to Novoazovsk and Olenevka. During the early hours, around a dozen buses with Russian escort left Azovstal. Images from agencies and local media showed dozens of soldiers bandaged and on stretchers. Some, missing some limb of the body, such as an arm or a leg.

Five buses and an armored personnel carrier, as published by Reuters on Tuesday, transported 53 seriously wounded soldiers to a hospital in Novoazovsk, about 40 kilometers from Mariúpol, in the Donetsk region, in an area under the domination of pro-Russian separatists. They have controlled territories in eastern Ukraine since 2014, when Russia annexed the Crimean peninsula. Located on the coast of the Sea of ​​Azov, the city has around 11,000 inhabitants in an area of ​​8 square kilometers.

On the other hand, 211 defenders were transferred through a humanitarian corridor to a hospital in Olenevka, a city located in the Volnovaja district, also in the Donetsk region and controlled by the pro-Russian rebels. This is a somewhat smaller location than the first. It has just 4.7 square kilometers and is home to around 4,700 residents. It is a center of agricultural, livestock and food industry production such as bakery and pasta.

His return home will not be as quick as the families of those affected expected. It will be necessary to wait, first, for his health to improve and, later, to negotiate with Moscow his return to territory controlled by Ukrainian troops. "Once their condition stabilizes, we will exchange them for Russian prisoners of war," Ukrainian Deputy Prime Minister Irina Vereshuk announced in a statement. "We are working on the next stages of the humanitarian operation," she added.

Meanwhile, families wait for the time to embrace their "heroes" again. "They fulfilled their mission 200% and we need them alive," said Natalya Zaritskaya, the wife of one of the Azovstal fighters.

1 Pedro Sánchez faces questions in Congress about Pegasus... 2 Gamarra says that Sánchez knew in 2019 that the CNI... 3 The largest network of travel agencies in Spain, Ávoris,... 4 The Government will respond "solidarity"... 5 Cannes Film Festival: Zelensky, Vincent Delerm...... 6 The racist Buffalo massacre meticulously planned for... 7 The Stock Exchange sets its sights on 8,500 boosted... 8 The PP refuses to join in reforming the Catalan law,... 9 The PPdeG proposes to the PSdeG a "global agreement"... 10 A master and his dog attacked by two mastiffs 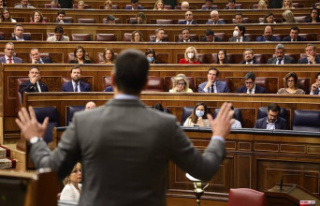