Il Divo's tour begins in Spain on June 26 (they will be performing in 12 cities), and on their first visit to Spain after the death of Carlos Marín, they will be the protagonists of the inauguration of the Push Play festival at the Hippodrome of the Zarzuela. 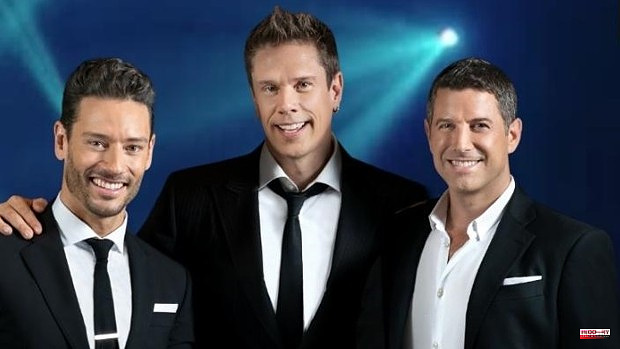 Il Divo's tour begins in Spain on June 26 (they will be performing in 12 cities), and on their first visit to Spain after the death of Carlos Marín, they will be the protagonists of the inauguration of the Push Play festival at the Hippodrome of the Zarzuela.

David Miller from the United States, Sebastien Izambard from France and Urs Buhler from Switzerland are in a process of change, still defining what the future of the group will be like, but for now they have decided to go ahead with their tour, in which they are accompanied by the American baritone Steven LaBrie as guest artist. Il Divo were on a world tour presenting their latest album 'For Once in My Life', a tribute to the Motown label, when Carlos fell ill and finally passed away.

Now they are returning to their schedule with some changes to their 'Greatest Hits Tour', in which they will perform the greatest hits they have achieved throughout their career in tribute to Carlos.

This inaugural concert with Il Divo will be one of the great attractions of Push Play, a 'boutique festival' to be held during the months of June, July and September in an architectural jewel declared a Site of Cultural Interest in 2009, such as the Hippodrome of the Zarzuela. "Push Play is much more than a festival," say its organizers. «We will have the best live music from top-level artists, a gastronomy area with a wide, diverse and exclusive offer, and impressive views of the Madrid skyline where you can enjoy the unique sunsets of the Hippodrome and the starry nights of the Madrid summer. It is the feeling of being on vacation just eight kilometers from the center of the capital».

Push Play began its journey in the midst of a pandemic, adapting its format to the restrictions. But this year it will finally be able to be celebrated in style and as a novelty, it will launch a new area called 'Mondo Open Air', to turn every Sunday into an electronic music party with the most outstanding DJs on the current scene on the national and international scene. such as Kölsch, Mathame, Bawrut, Argia, Tale os us, Argy, Manu Strasse and many more, which will make the public dance outdoors from 5:00 p.m. to midnight.

The next to go up to the 16 meter Push Play stage, which has a capacity of 5,800 people, will be Taburete. Willy Bárcenas and his crew have already sold out the tickets for this performance of his 'Caminito a Matadero' tour, which will be followed by many other concerts that will be reported soon.

Gastronomy will once again be one of the strong points of this 'boutique festival' with a spectacular gastronomic offer that will surprise for its variety and high quality and that will undoubtedly be one of the great attractions of the event. «The best hamburger of 2021, the champagne from mid-afternoon, those irresistible sweets that lift the spirits of adults and children or the snacks of traditional appetizers are some of those chosen to turn the public experience into a visit that will leave them the best taste in the mouth”, assure its organizers.

1 Swiatek, richer than Nadal in 2022 2 Why does Carlos Sainz have a frustrated gesture on... 3 Niacaragua allows entry of Russian troops and planes.... 4 Argentina brings the voice of Castroism and Chavismo... 5 Every Cinderella gets her prince: José Tomás reactivates... 6 M Clan: «During the pandemic we went to the hotel... 7 The phenomenon 'Champions' arrives on the... 8 The ignored trail of the Jews in Spain after their... 9 Juan Guaidó: "Maduro is very difficult to bypass... 10 Yagidne, the town taken as a "human shield" 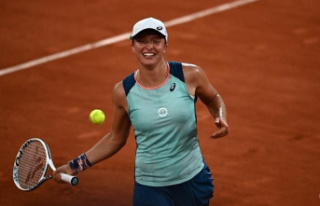 Swiatek, richer than Nadal in 2022