IFA trends: "65 is the new 55": Which televisions are now particularly worthwhile 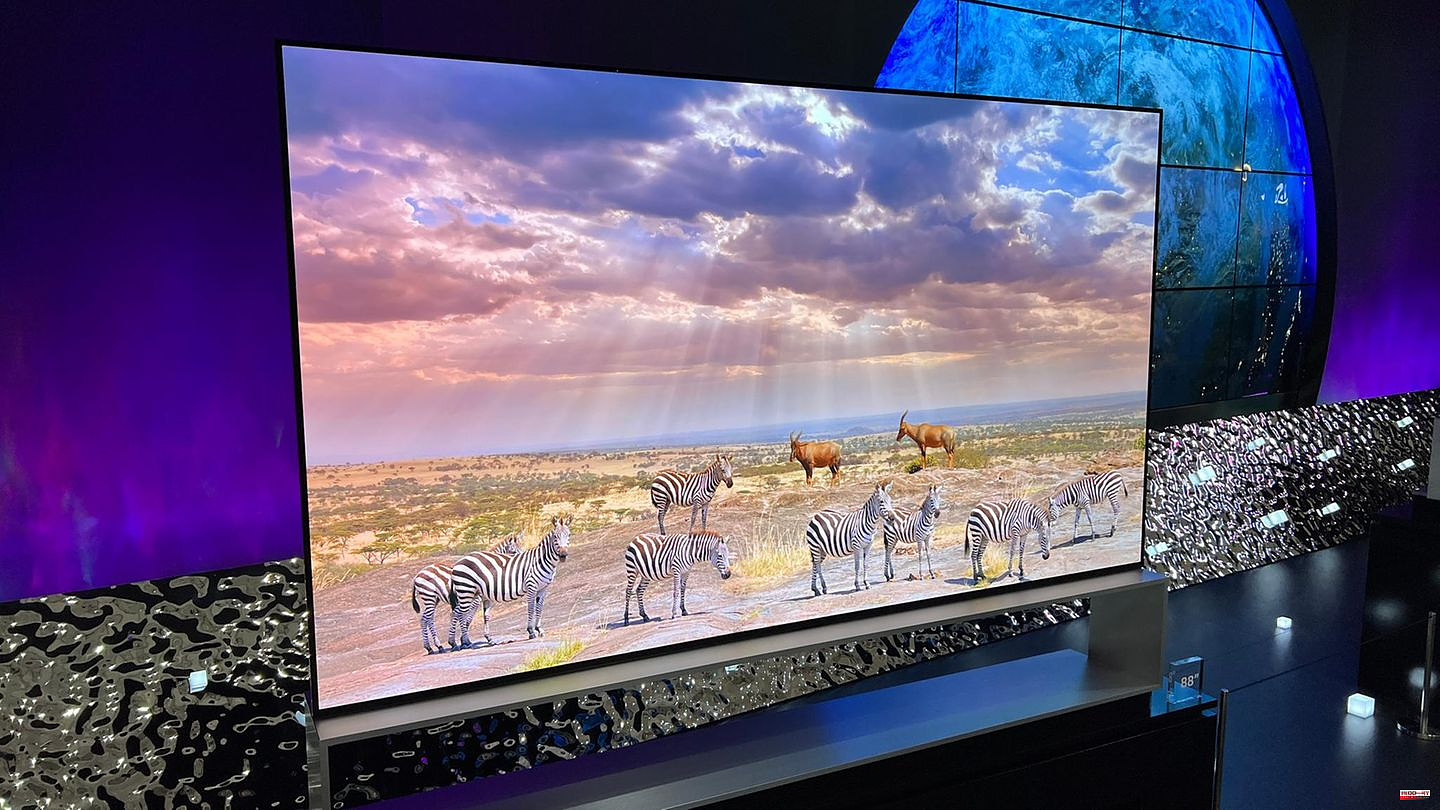 The year promises numerous major TV events. With "House of the Dragon" and "The Rings of Power" two audience favorites are running on HBO and Amazon, the winter world championship in the desert should also mean long evenings in front of the screen for many viewers. The technology has to be right so that the dragons of the Targaryen family, the dwarves in Khazad-dûm and the games in Qatar spread a real cinema feeling in the living room.

At the International Radio Exhibition - IFA for short - the star spoke to various manufacturers about the TV trends of the year and the best devices for your favorite series, sporting events and films.

A look at the IFA suggests that the battle between OLED technology and Samsung's QLED alternative is over. But that's not quite right. It is correct: Samsung has been offering OLED televisions for the first time since this year, and the manufacturer took two of them to the fair. However, this should not be understood as a defeat, stresses Samsung's marketing boss Mike Henkelmann to the star. Rather, one wants to give customers the choice to find the right technology for the appropriate setting.

In other words, if you have a bright living room and the windows are reflected in the TV, you should continue to use a QLED - today "Neo QLED" - according to Samsung. The mini-LEDs in the televisions are brighter than comparable OLED technology and are therefore better suited for such situations, explains Henkelmann. But if you are looking for a cinema feeling in a dark environment and do not want to do without real black, you should use the OLED models, they say.

Samsung continues to focus unmistakably on "Neo QLED", praising the new models, such as the huge "QN100", also much more visibly than the two OLED televisions in sizes 55 and 65 inches.

For the other manufacturers, the picture is clear: OLED belongs at least in the near future. Both Panasonic and LG are showing huge new models with the technology at the IFA, and they don't want to know anything about a lack of brightness - even if mini-LED models can also be found there.

LG is particularly proud of the 97-inch "Evo G2" OLED television. According to Gerald Stromer, Marketing Manager at LG, this is the largest panel that can still be produced economically. It remains to be seen whether the acquisition of the giant makes economic sense for end customers. LG expects a retail price of around 25,000 euros.

Panasonic stays far below this diagonal with the flagship and relies more on perfect sound. The "LZ2000" therefore not only offers a great picture, but thanks to its integrated soundbar also a sound that you are not used to from other thin televisions. But the television can not only be loud, but thanks to "beamforming" its sound can also be directed to people or areas of a room, so that viewers can individually set different volumes or the dining area remains silent, although thunderous action is announced in front of the television. In terms of price, the series starts at just under 3000 euros, the large 77-inch model costs around 5500 euros.

Speaking of size: Henkelmann and Stromer agree. "65 inches is the new 55 inches," they say in both conversations, without prior agreement. Both LG and Samsung are finding that the need for larger TVs is steadily increasing. The sales figures of the TV giants beyond 75 inches are also increasing, although nobody here is talking about a mass phenomenon. Ultimately, the price remains decisive, reveal the experts.

Important to know: The old distance rules no longer apply. "The rule comes from the DVD era," says Stromer. "The screens are now so sharp that you can hardly see any blurriness. Or you sit so close in front of the display that you can count the pixels and not see anything of the overall picture anyway."

One hears the same from Samsung. In other words: as long as you have the entire television in view, there is actually no such thing as "too big".

If there is really no more space, the IFA innovations include clever hybrid solutions such as the LG "OLED Flex LX". This is a compact 42-inch OLED TV with super powers. The manufacturer sees the device as a PC and television screen, which is also explicitly aimed at gamers who want to use the device for both TV evenings and extended gaming sessions.

In order to do justice to both purposes, the Flex television can be bent in 20 stages at the touch of a button. The curvature is intended to ensure that games can be better immersed in the game and more of the picture can be taken. The other services also correspond more to gaming monitors than classic televisions: The television offers a special coating against disruptive reflections, the picture runs in 4K resolution at 120 Hertz and integrated loudspeakers and microphones allow communication with competitors.

The price? 3200 euros. "This is aimed at wealthy students whose flat share doesn't offer much space," explains Gerald Stromer. It is conceivable that the target group is not particularly large and that LG only wants to show what is possible with the "OLED Flex LX". By the way: "Curved TVs", i.e. TVs curved ex works, are not coming back. "That only made sense for individuals," explains Stromer. "As soon as you sit in front of the screen with several people, someone always looks sideways into the curvature. The trend just didn't catch on."

By the way, the situation is similar when it comes to 8K. So the gigantic resolution of 7680 by 4320 pixels, which has been touted as a new TV trend for several years. Before the TV highlights mentioned, the question arises again: "Do you need that?"

Answer: "yes". "There is still hardly any content that was created natively with 8K resolution," says LG's Stromer. "Nevertheless, the processors of this new generation are able to extrapolate sources with fewer pixels so sharply that the picture still looks good and you can hardly see the difference." In addition, Stromer says, 8K is future-proof - even if you shouldn't expect this resolution from classic television. So is the extra cost worth it today? "Rarely."

Nevertheless, one can expect that future devices will continue to follow the principle "bigger, faster, further". Whether it stays with OLED or QLED remains to be seen. Both Samsung and LG are also showing devices with micro-LED technology at the IFA. Roughly speaking, these are microscopically small, self-illuminating LEDs that combine the advantages of previous technologies. They're bright like a QLED TV and have the ability to turn off, giving the same black effect as the OLED.

The screens are composed of compact elements, so they can be scaled as required. At the IFA, LG showed a model with 136 inches and Samsung 114 inches. Disadvantage: The technology is currently very expensive, available devices quickly cost six figures. Currently real music of the future.

Coming back to the initial question and concluding the outlook: Which devices are best suited for what viewers can expect this year? It is best to drive with a device from 65 inches, the technology should be OLED or "Neo QLED". High-end devices with outstanding picture and sound are available for around 2000 to 3000 euros (LG OLED65G29LA, Samsung GQ65S95BAT or Samsung GQ65QN800BT (8K)), devices with top sound like the Panasonic TX-65LZW2004 are around 3500 euros.

You can also expect great results from cheaper devices such as the Samsung GQ65QN85BAT from 1450 euros or the LG OLED65A29LA from 1650 euros. In most cases, the cutbacks are manageable compared to the upper class, you can save a lot of money if you do without special remote control concepts and optical highlights on the devices. 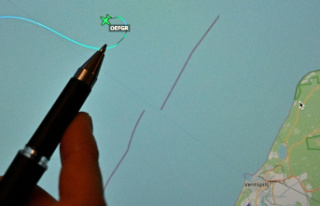 Many unanswered questions: plane crash in the Baltic...