The fifth edition CEAPI Congress concluded in the determination to build'more Ibero-America,' consolidating a united region that is sustainable, digitalized, and sustainable. 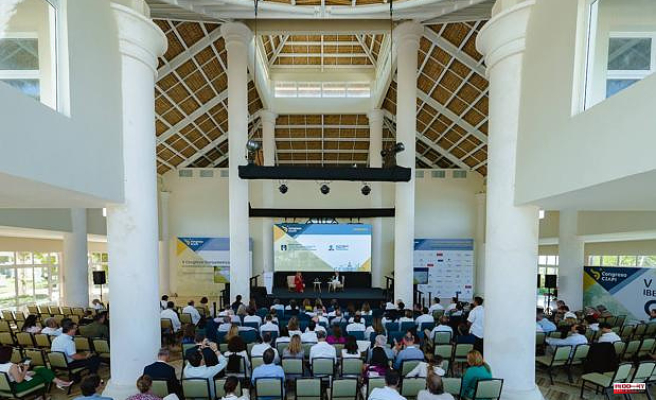 The fifth edition CEAPI Congress concluded in the determination to build'more Ibero-America,' consolidating a united region that is sustainable, digitalized, and sustainable. The Congress was held on Latin American soil, with the Dominican Republic being the organizing country. It brought together over 300 business leaders, families, and prominent institution figures, such as Felipe Vicini (Executive President of Inicia); Jaime Gilinski (president of Gilinski Group); Maria Jose Alvarez (president of Eulen Group); Jordi Hieru, president at Hispasat; and Andres Allamand (Ibero-American Secretary General) to discuss and form alliances that are on the most important issues.

During the Congress' two-day duration, the major international issues were addressed through round tables. One of these was moderated by Ignacio Ybarra, president of Vocento. The new world order and Ibero-America's position in it have all been discussed. All this while looking at the uncertainty of the current situation. These businessmen addressed issues such Ibero-America's potential as a future energy hub, and the role of the region within the current uncertainty. Andres Allamand emphasized the Ibero-American obligation to "prepare" for the future. He said that Ibero-America has the opportunity to be the world's future food pantry by creating a pro-growth environment, and later by improving governance. Manuel Lopez Donaire, president Delaviuda Confectionery Group has highlighted the importance of investing in the "extremes of the value chains and in the first, the food raw materials. Ibero-America is a treasure."

The Congress was also graced by Luis Abinader (President of the Dominican Republic), who claimed that the country played a key role in modernizing the region's economy. He also pointed out "innovation, digitization, and technology as keys for sustained and sustainable economic growth."

Ito Bisono from Dominica, Minister of Industry and Commerce, was present at the Congress for two days. He stressed the importance of CEAPI to facilitate businessmen and institutions to exchange ideas in support of the regional social, economic, and financial stability. Also, the Dominican Republic's role as a growth engine for Ibero America in the future decades. The minister stated that although we are facing a unique global context, it is one that presents an unparalleled opportunity for our countries. He stressed that the need to promote greater cooperation and integration at regional and intra-regional levels, increase exports and intra-regional commerce, and attract new investments will result in greater economic and social development for all Ibero-America countries>>.

This edition focuses on innovation, digitization, and technology and concludes with the promise to seize the opportunity offered by the region and add value to existing alliances and resources, and to actively create new opportunities. . The Congress gathered business and institutional leaders to discuss the challenges facing the region in the next decades. They also highlighted the need for innovation and collaboration with interest groups to make the most of the Ibero-American land's potential.

The Congress was attended by many businessmen and executives. They wanted to sign the manifesto that was prepared for them. It reviews the challenges and goals of the local private sector and describes the relationship they have with Ibero-America.

It claims that Ibero-America must be united in order to achieve sustained and sustainable growth. The document is focused on innovation, digitization, and entrepreneurship. It calls for public-private collaboration in key economic sectors and acknowledges companies' social responsibility in an environment of growing poverty and inequality.

The manifesto, which is based on transparency and ethics and aligns with the fight against global warming through the energy transition as well as the commitment to sustainable rural environments and rural well-being. It also looks to the future and delegated to companies the responsibility of preparing future generations.

1 Íscar warns that the longer it takes to extend broadband,... 2 An elderly woman dies after being run over in the... 3 Is the 20-cent fuel discount really necessary? 4 Marin sees a PPVox pact, because Moreno "wants... 5 How Chinese airline ticket scalpers overtook the Chinese... 6 Putin promises not to attack from the sea the Ukrainian... 7 'Firewater' for dessert? Moutai, a Chinese... 8 According to the GAD3 survey, Vox will win but the... 9 A judge blocks a website which pirated newspapers... 10 After the effects of the rains in the enclave, Los... 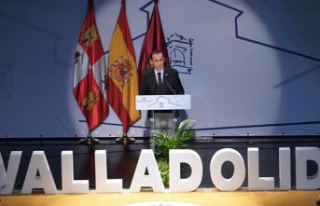 Íscar warns that the longer it takes to extend broadband,...