Iberdrola has reaffirmed throughout the 2021 financial year its commitment to the Valencian Community, as evidenced, among other figures, by the 873 million euros of economic impact generated by the company's activity in the region. 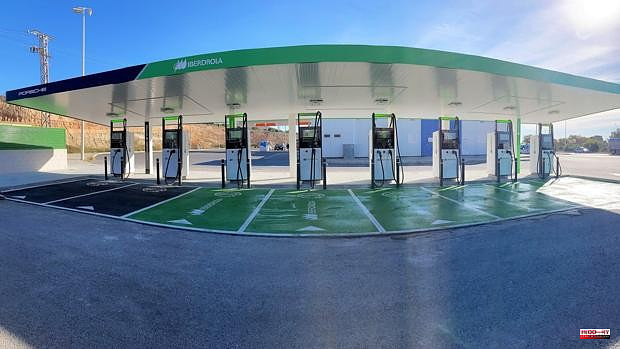 Iberdrola has reaffirmed throughout the 2021 financial year its commitment to the Valencian Community, as evidenced, among other figures, by the 873 million euros of economic impact generated by the company's activity in the region.

The fiscal impact of the economic activity that the company has carried out in the Community last year has been 345 million euros and the investments have reached the figure of 244 million euros.

In this regard, it should be noted that, only last year, Iberdrola made purchases and contracted services from more than 430 Valencian suppliers for an approximate value of 182 million euros.

The economic activity of the company - which this Friday, June 17, celebrates the General Shareholders' Meeting - is thanks to the more than 1,500 people who work in the Community.

This year Iberdrola is developing a more participatory, accessible, sustainable and innovative Board concept. In this context, Iberdrola recommends that shareholders and their representatives attend electronically or participate remotely before the Meeting in order to preserve their health, promote sustainability and avoid inconvenience arising from the measures that could eventually be imposed by the authorities.

To encourage participation, the company has set up a customer service point in Valencia at the Westin Hotel (C/ Amadeo de Saboya), where shareholders will be able to access it until next Thursday, June 16, from 10 a.m. to 7 p.m. non-stop. In it you can delegate, vote and collect a gift for participating and, to avoid the digital divide, Iberdrola always has people to attend to shareholders.

i-DE, Iberdrola's electricity distribution company, plans to invest 477 million euros in smart networks in the Valencian Community between 2022 and 2024, with the aim of reactivating the economy and employment and achieving the decarbonisation objectives committed to in the PNIEC.

The transformation of networks into a robust, flexible and intelligent infrastructure makes it possible to respond to the challenges of electrification of the electrical system, with a greater integration of renewable energies, the development of sustainable mobility, smart cities and self-consumption, as well as providing the consumer greater decision-making capacity and connectivity.

Among the main actions planned for this period are the construction of the new substations of Castalla, La Villajoyosa, Monserrat, Sanxo Llop (Gandía), Boveral (Vinaroz) and Peñíscola, as well as the extensions of the transformation facilities of Alcúdia, Betxí and Rambleta (Vall d'Uixó) and the renovation and expansion of the capacity of the Burriana infrastructure.

In recent years, i-DE has undertaken an ambitious digitalization plan for its electricity networks in the Valencian Community, where it has converted its more than 3.5 million meters and the infrastructure that supports them into smart ones, incorporating remote management capabilities, supervision and automation. In the region, i-DE manages more than 68,000 kilometers of low and medium voltage lines and more than 3,400 km of high and very high voltage lines. Likewise, it has 25,000 transformation centers in service and 177 primary and secondary substations.

Iberdrola accelerates its investments in the Community, aimed at the deployment of renewable projects, electric mobility and self-consumption, to continue accelerating the energy transition. The company manages more than 2,000 megawatts (MW) of installed renewable power in the region, most of it hydroelectric, in which the largest energy storage plant in Europe stands out, the La Muela pumping station.

The company plans to increase its renewable presence with the three photovoltaic projects that it currently has in the pipeline, which will have a capacity of 450 MW and will entail an investment of more than 230 million euros that will help boost industry and local employment, as that nothing else in its construction is expected to involve almost 1,500 professionals.

In addition, in order to achieve a progressive decarbonisation of the economy, the company works in different sectors such as transport, air conditioning and industry, to provide them with solutions adapted to their characteristics.

Iberdrola and Volkswagen recently presented a strategic collaboration agreement in Sagunt that will contribute to making the entire value chain of the electric vehicle sustainable in the future gigafactory of the automobile firm in which the energy company will contribute the generation of renewable energy, part of it self-consumption; charging solutions for the mobility of the factory itself; improvement of energy efficiency and electrification of processes through the use of heat pumps or green hydrogen. This agreement will involve 500 million euros in investments in renewable energies to supply the energy demand that the gigafactory will need, thereby avoiding the emission of 200,000 tons of CO2 into the atmosphere each year.

Also noteworthy are the alliances sealed with Porcelanosa, in order to address the electrification of ceramic production by combining renewable energy, green hydrogen and heat pump; or with bp to carry out the largest green hydrogen project in the Community, which would replace the gray hydrogen currently used in the Castellón refinery; as well as the alliances sealed for the creation of a green hydrogen corridor that includes the construction of two hydrogen plants in Alicante and Valencia to move towards more sustainable heavy goods transport.

In the section on electric mobility, Iberdrola continues with the installation and commissioning of charging points in the Community, where it already has more than 600 public access places available, all of them powered by 100% green energy from renewable sources. renewable generation, which are operational in the Iberdrola Public Recharge mobile application, from which you can geolocate, book and pay. In addition, the company has signed an agreement with the Marcos Group that will allow it to continue expanding its number of charging stations in the region and provide new users of electric vehicles with charging solutions.

Among the main installations put into operation, the largest ultra-fast recharging hub in Southern Europe stands out, located in Elche, as well as the new station already activated in Ondara, to which the Alberic (Valencia) and les Alqueries ( Castellón), which will allow coverage of the main communication channel of the Community.

The company, which has become the leading company in the sector in Europe by market value with some 70,000 million euros, has invested more than 130,000 million in the last two decades in green energy, networks and storage. Its investment capacity has allowed it to be a vector of employment throughout the world, with more than 400,000 direct or indirect jobs.

In Spain, Iberdrola is the leading producer of wind and renewable energy, with an installed capacity of more than 28,000 MW -of these, more than 19,000 MW are green-, a volume that is close to 40,000 MW in the world and which converts its generation park in one of the cleanest in the energy sector.

Within the distribution area, it has more than 11 million customers and extends its electricity network to 10 autonomous communities and 25 provinces, in an area covering 260,000 kilometres.

With emissions of 60 grCO2/kWh in Europe, which is one fifth of the average of its competitors, the investment strategy in clean energy and networks will lead Iberdrola to be a "carbon neutral" company in Europe in 2030.

1 The CRDOP Jumilla tasting panel rates the 2021 vintage... 2 To wrap up the draft class, Chargers sign JT. Woods... 3 The Spanish Justice files the complaint for rebellion... 4 What is the “Iberian exception” and how much will... 5 José Luis González's attack on Nadal: "There... 6 The images that show that Kim Kardashian would have... 7 Free service of the buses of the new night network... 8 A group of former ETA prisoners organizes a tribute... 9 The PNV law to limit the inviolability of the King... 10 The Digital of Castilla-La Mancha celebrates its 'Enclave... 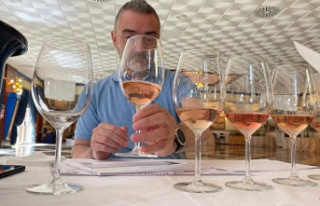