Ibai Gómez, possible signing of Sporting if they achieve permanence

Sporting has its planning paralyzed to see if the team achieves salvation this day in Fuenlabrada or, to the greater annoyance of the club after the relief of the victory against Girona, it has to seek permanence in the last game against Las Palmas. 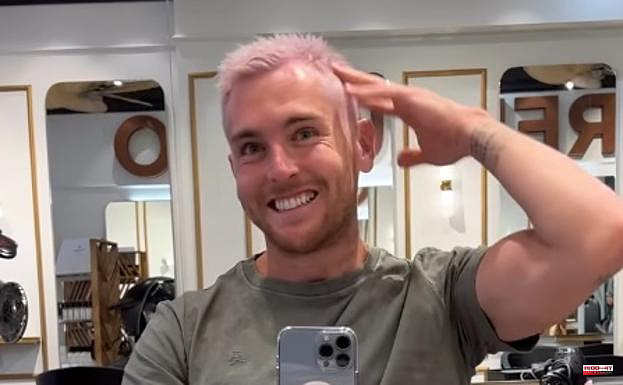 Sporting has its planning paralyzed to see if the team achieves salvation this day in Fuenlabrada or, to the greater annoyance of the club after the relief of the victory against Girona, it has to seek permanence in the last game against Las Palmas. From then on, when the situation of continuity in the category is guaranteed, Sporting will begin to advance in the first pages of the new project, having to incorporate several players. Basically, because up to ten footballers end their contract, with the incorporation of the Valencian Fran Villalba already communicated.

One of the names that they like in the Mareo offices is that of the winger Ibai Gómez (Bilbao, 1989), who is without a team and who coincided with Abelardo at Alavés, who directed him for around a year, in two different seasons , being a very important footballer for him. He would also share a locker room with Jony in Vitoria, making the Alavés bands one of his main strengths.

Later, in January 2019 and after making a great first round with the team from Vitoria, which was fourth in the First Division with 'El Pitu' at the controls, it was recovered by Athletic, who paid around three million euros. The 32-year-old Bilbao winger was already a target of Sporting in the past summer market, but finally Fran Villalba was signed, who settled into the hitch.

Ibai Gómez reached an agreement with Athletic to terminate his last year of contract in July, having played 193 games, in nine seasons, in two different stages, separated by that intermediate step for Alavés. Several Second teams were interested in him then. He even negotiated with Las Palmas, who presented him with an offer. He eventually started the season without a team, keeping fit with a coach and various teams, accepting an offer in recent months to play in the Asian Champions League with Iranian club Foolad Khuzestan. The experience, with the season advanced, resulted in about seventy minutes played, but with the return of the winger to the competition. Although everything is yet to be defined, if the team continues in the Second Division, the intention of Abelardo and the club itself is reinforce all positions and have guaranteed options to complete such a long season, without there being so much difference in performance when a prolonged absence due to injury or other issues is recorded, as the current project did show at some point in the season.

Sporting will have to make a laborious correction this summer, needing to make transfers, although the idea is that they be limited and very specific, seeking to avoid the departure of certain key players in the project, such as Pedro. In this process, with the need to correct a gap of 7 million euros after two summers without executing transfers, the club must make a complex financial balance to look for competitive players, some experienced, who have good direct references and who fit inside the cap.

In any case, the permanence will have to be resolved first, which truly obsesses Abelardo, who remains isolated and only focused on Saturday's game in Fuenlabrada (8:00 p.m.). Until this situation is resolved, the club does not want to make any progress. Also because there is no definitive assessment of some players, who are being observed in this final, especially as a result of the arrival of Abelardo, who wants to make his own composition of the squad with the day to day and the performance of the matches.

1 NATO: Finland and Sweden have submitted their membership... 2 Tokyo urges Beijing to be 'responsible'... 3 Is the musical group from 'Los Serrano'... 4 Pedro Sánchez only shows his empathy with the independentists... 5 Pedro Sánchez, willing to meet with Pere Aragonès... 6 NATO: Sweden and Finland have submitted their membership... 7 Laval: the SQ deploys a command post to elucidate... 8 Iran: death of a second Asian cheetah cub, endangered... 9 Health alerts communities after detecting eight suspected... 10 The CNMV provisionally suspends the listing of Siemens... 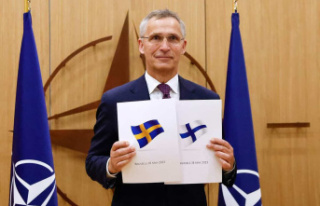 NATO: Finland and Sweden have submitted their membership...