"I was scared, I ran out of there": the horror episodes in the Champions League final

The Champions League final left a trail of consequences beyond the title that Real Madrid won for the fourteenth time. 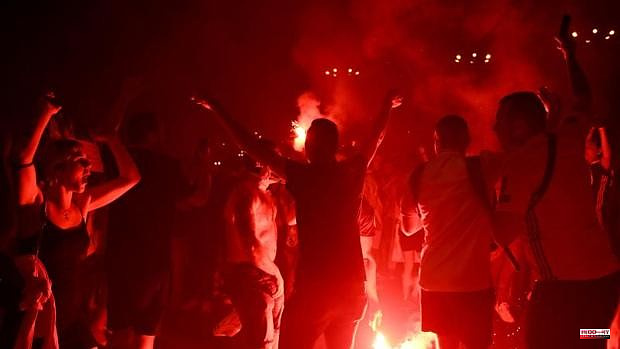 The Champions League final left a trail of consequences beyond the title that Real Madrid won for the fourteenth time. A wave of robberies, delinquency and insecurity in the Saint Denis neighbourhood, where the stadium that hosted the final is located, in which many Spanish fans suffered robberies or at least attempted robberies by organized gangs. There were people sneaking into the stadium without a ticket, others with a ticket after stealing the mobile from its real users and a general feeling of insecurity that the French gendarmerie failed to tackle.

According to those present, the robberies began before the match and continued once the final was played and the fans left the stadium that will be the main venue for the Paris Olympics in 2024.

Luis Prados Roa, responsible for the ABC Master, experienced a via crucis in the vicinity of the Parisian stadium. According to the person involved himself, his car was attacked and one of the windows vandalized, with the consequent setback to make the trip back to Madrid from the French capital the next day.

According to Luis Prados, he parked in a residential area and summoned several more Spanish cars, since there was parking in the area. But at the end of the meeting the area was devastated. All of the vehicles had broken windows and had been broken into. According to the testimony of the ABC worker, the feeling of insecurity was already palpable in the neighborhood when heading to the stadium. "It was like you were being followed by zombies, stopping or following you."

They tried to rob tennis player Feliciano López before the match. The person who had tried to rob him slipped through the turnstile when another fan was scanning his entrance. «It is worth noting what many of us experienced yesterday before and after the game (I only luckily before). Unfortunate to see how criminal gangs beat and robbed those present. I saw how they jumped the fence to sneak into the stadium, the same one who tried to rob me wanted to sneak through the turnstile while a fan scanned his entrance. It was an absolute shame what happened yesterday. They ruined a lot of people's day. An official apology from UEFA would be nice, even if it doesn't make many forget what happened."

The journalist Rocío Martínez, from Antena 3, admits that she was scared. «At the entrance of the stadium they stole mobile phones because the tickets were on the mobile. There we all went with the bag well grabbed. And at the exit there were more than a hundred young people who were there to steal. I know many cases of theft. I ran out of there."

Lorenzo Sanz, son of the deceased former Madridista president, also had a bad time. «I want to take advantage of this small loudspeaker to denounce the terrible organization by UEFA and the city of Paris. We have come to be very scared at times with all the riffraff and thieves that we had by the hundreds around us in all the surroundings of the stadium. It is unfortunate to allow it to be played in such an area and that they are not prepared to protect people. The subway at the exit was third world. What a country our neighbors are left with, I just hope we take note so that it doesn't happen to us."

The delay in the start of the final was due to these incidents. This is how some Madrid fans describe it on social networks. “What is happening in the stadium is a serious security incident. People who sneak in apart from not having tickets can be armed to give an example.

“Thefts are being reported from English fans. Wallets, mobiles and tickets. It doesn't take much to know who usually does these things at these events. People jumping with backpacks without registering. Will the riot police be there already?

«On the way back from Paris, at each stop we meet Madridistas who have had a bad time in Saint-Denis: wrecked cars, theft of mobile phones, tickets, wallets. In addition to humiliation, above all, to our girls from Madrid ».

«Fear, insecurity, ineffectiveness. The French police, like statues, contemplating the incidents without acting. There could have been a real tragedy in the stadium itself, with a single exit and entrance for the fans.

More than one madridista or British fan had in mind that final at the Heysel stadium in Brussels between Liverpool and Juventus, in 1985, in which 39 fans died.

1 Customs in Senegal announce a record seizure for fake... 2 They arrest a 10-year-old boy for threatening a mass... 3 World Cup 2022: Play-offs for the three remaining... 4 Texas murders: Cops save their children and prevent... 5 «We lived a horror in Paris, our children cried with... 6 Spain: May sees an increase in inflation to 8.7% year-on-year... 7 Inflation is still rampant in Spain: these are the... 8 Soccer. Legend Selim Bengriba leaves GF38 9 Stade Rochelais: The story behind the photo showing... 10 Fiasco at Real Madrid-Liverpool: Zemmour considers... 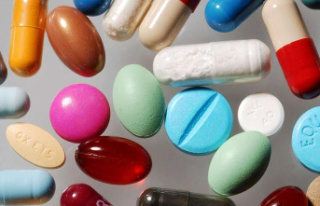 Customs in Senegal announce a record seizure for fake...