“I have a little surprise”: a lonely and marginalized young man perpetrates the latest carnage in the USA.

The location of Uvalde (Texas) is an error. 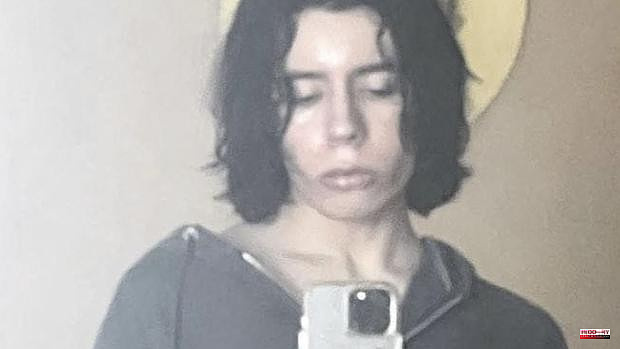 The location of Uvalde (Texas) is an error. It should be Ugalde, after Juan de Ugalde (1729-1816), the man from Cadiz who was governor of Coahuila and general commander in Texas, and whom the settlers chose -errata included- in the mid-19th century to name this crossroads from the far west. All of Uvalde woke up with the hope that the horror experienced the day before was also a mistake. A bad dream of a small, quiet town, crushed by the heavy heat of Southwest Texas, where the rare thing is that something remarkable happens. It was not a mistake. It is a real nightmare, and where it hurts the most, in the lives of the little ones: a resident of the town, with just over 15,000 inhabitants, had murdered 19 children in his primary school at noon on Tuesday, in addition to two adults .

Uvalde was in full commotion yesterday, with the echo still present of the shots, the screams, the tears, the police sirens and the ambulances. Dozens of parents spent a good part of the morning at the Willie de León Civic Center, awaiting definitive confirmation that their children were among the deceased. Some had to undergo DNA tests and wait an hour for an outcome that seemed inevitable.

Throughout the day, the names of the confirmed dead trickled down, like a slow-motion tragedy, between infinite rage and pain from their relatives. Among them, Xavier López, ten years old, a boy with a perennial smile who wore out his shoes with cumbia and soccer. A few hours before he died, he had proudly received a diploma for his graduation from elementary school. Also José Flores, who loved going to class, the place that would end up being his wall. And Amerie Jo Garza, whom his father, Ángel, will no longer be able to hug. "My little love now fly above with the angels," he wrote in a message on Facebook. Please don't waste a second. Hug your family. Tell them you love them." Or "the sweetest boy I'll ever meet," as his grandfather described Uziyah Garcia to local network KSAT. Along with them, her teacher, Eva Mireles, 44, an education enthusiast, who devoted herself to children with difficulties, such as a student with Down syndrome, also died.

The nightmare began on Tuesday at half past eleven in the morning (half past six in the afternoon in Spain). A pickup truck crashed into a ditch near Robb Elementary School. At the wheel was an 18-year-old boy, whom Texas Governor Greg Abbott identified shortly after the massacre as Salvador Ramos. Several women who work at a funeral home right across from the school went to see what was happening. Ramos met them with gunfire and headed towards the school. Security forces soon arrived, but Ramos managed to enter the building and barricaded himself in one of the classrooms. There he perpetrated his butchery. He unleashed a hail of bullets on children and teachers. All the deceased lost their lives in that classroom.

In the other classes, chaos reigned. Dozens of children jumped out of the windows to their salvation. A teacher closed the class, turned off the light and the air conditioning, hoping that the murderer would not choose her. Other teachers hid several children behind a curtain, in silence, hoping not to be discovered. The bathrooms were another refuge.

Ramos, however, did not go beyond that class. He was shot by a border police agent, who operates in this region close to Mexico. At least one member of the security forces was injured in the shooting of the author of the massacre.

His violent attack had started a little earlier and very close to there. It was at 500 Diaz Street, just two blocks from the school. It is the residence of Ramos' grandmother, where he had lived for the last few months. The young man shot the woman, who was in serious condition after being evacuated by helicopter - like others injured in the massacre - to hospitals in San Antonio, the closest city to Uvalde, about two hours away by car. Governor Abbott detailed yesterday that Ramos shared on Facebook that he had shot his grandmother. And, immediately after: "I'm going to shoot up an elementary school."

Despite being shot in the face by her grandson, the woman was able to call the police. That was the reason why the agents arrived at the school so quickly, almost at the same time as Ramos.

The grandmother's recovery may be one of the keys to understanding the massacre. At the moment, the authorities do not have a clear idea of ​​Ramos' motivation. But the testimonies of friends and neighbors begin to form the puzzle of a young man in a drift of loneliness, social marginalization and attraction to violence.

As a child they picked on him because he stuttered and lisped. In adolescence, that became 'bullying'. It happened in person and, as usual now, on social networks. "He was the nicest boy possible, also the shyest," Stephen Garcia, who described Ramos as his best friend until he reached high school, has assured 'The Washington Post'. Over the years, the bullying grew. They called him a 'faggot' for putting a picture with eyeliner. They also laughed at his poverty, at his family environment (his mother, with whom he fought a lot, was addicted to drugs). Garcia moved with his family to another part of Texas, and Ramos "got worse and worse."

His behavior became increasingly strange, sullen and aggressive, as assured by Santos Valdez, one of the few people with whom he had contact. Both used to play violent video games, such as 'Call of Duty', and get into trouble with the neighbors: shooting pellets with toy guns, throwing eggs at their cars.

But Ramos also did inexplicable things. One day he stood in a park where they used to play basketball with his face full of cuts. He first said that a cat had done it to him. Later he admitted that he injured himself with a knife, "for fun."

Recently, he stopped going to class. She was in her last year of high school and was not going to graduate. His classmates celebrated the graduation ceremony on the eve of the massacre. He was content to work at a Wendy's, a fast food restaurant, where his attitude was increasingly aggressive.

It is impossible to know if those frustrations pushed him to commit the massacre. What is certain is that he had it easy: the day after his 18th birthday on May 17, he bought an assault rifle at a gun store. And ammunition and another weapon the following days. All legally.

He posted his acquisitions on social networks. He did not draw too much attention, because it is almost common in certain sectors of a country addicted to weapons for young people to do so. Just hours before he pulled the trigger on children, he chatted on Instagram with a California girl he hadn't met in person. "I have a little surprise," he told her. Only later did he know what horror it was.

1 Afghan TV presenters cover their faces live in support... 2 These are the cheapest hours of electricity for this... 3 Pedro Muñoz Abrines, new spokesman for the PP in... 4 Mañueco: "This government has had and will have... 5 A Spanish laboratory designs a kit to detect monkeypox:... 6 Barça beat Madrid again and will play the Cup final 7 The PSOE knocks down a PP initiative to honor the... 8 Eternal Mourinho: the king of European cups 9 Julián Camarillo, the polygon with the most surprises... 10 Álex Barahona shares his favorite route in Madrid 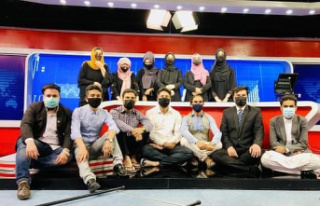