I have a connected tractor: innovation leaves its furrow in the field

The tractor is one of the essential tools in the field, and over the years it has been developed and adapted to the new needs of farmers. 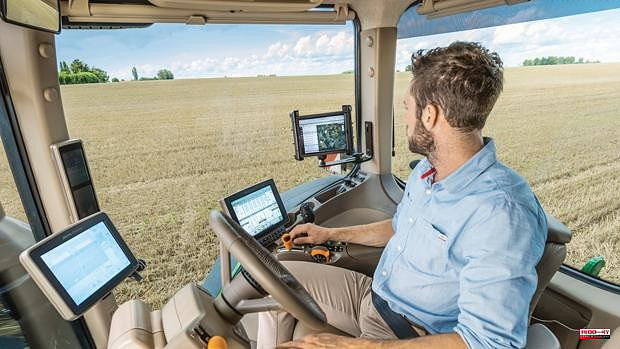 The tractor is one of the essential tools in the field, and over the years it has been developed and adapted to the new needs of farmers. “Currently there is talk of the digitalization of the agricultural sector, but agricultural machinery manufacturers have been implementing technologies for several decades to improve the profitability of investments, guaranteeing increases in production and continuous improvement in the quality of agricultural products that will reach the table of consumers. », highlights Ignacio Ruiz, general secretary of the National Association of the Agricultural Machinery and Tractors Sector (Ansemat). From this association they remember that there are many technologies implemented in the different types of machines, which allow them to communicate with each other and with the environment through sensors and data exchange between campaigns, which are capable of reacting at the moment and correcting the work they are doing and that guarantee the safety of the farmer.

With a population that will increase to 10,000 million people in 2050 and an increase in the demand for food of more than 50%, "in the coming years, we will experience a radical transformation of production, even greater than the one that the change from the mule to the tractor. This is called precision agriculture which, through digitization, automation and connectivity, will allow us greater economic, social and environmental sustainability in the sector", says Jaime Muguiro, commercial director of John Deere Ibérica. This brand of tractors has made an outstanding contribution to the technological transformation of the sector. "Perhaps one of the great milestones was that John Deere created its own precision agriculture division more than 25 years ago, when automation, digitalization and connectivity were still very far from the reality of the moment," he highlights.

Thanks to this, it has developed a free platform that allows documenting all the tasks carried out in the field, facilitating decision-making to improve profitability. Another example is the ‘See

Autonomous technology already exists, and earlier this year John Deere introduced the first such tractor, which will begin shipping in the US later this year. “In Europe it will take a little longer, but as soon as the European regulation allows the circulation of unmanned vehicles, we will also begin to see them in our fields. The key is not so much in the capacity of the technology, which exists, but in the evolution of the regulation”, indicates Muguiro. Another novelty of this brand is the new 6R series. “The 6R 185 model is a novel concept that combines a compact tractor format with a lot of power and the lowest fuel consumption in its category. It has great versatility to adapt to the wide variety of tasks in field crops », he adds.

The rate at which technology is being deployed in the field is an indicator of the sheer speed at which the agricultural sector is digitizing. Jaime Muguiro considers that the farmers' commitment to modernizing their equipment and their way of working is firm. "Precision agriculture is the best medicine to control costs, improve agricultural yields and defend environmental sustainability." However, from Ansemat they remember that there are profitable technologies that would greatly help farmers in their daily work, but "agricultural income does not increase as it should to allow farmers to have sufficient financial resources to help them invest in new equipment" .

Tractors, having a diesel engine, are subject to the same limitations as other vehicles and have been adapted to the different regulations. "One hundred current tractors or harvesters pollute the same as one from 20 years ago," says Jacinto Gil Sierra, professor at the UPM School of Agricultural Engineering, as an example, to show the progress made. Now the question is not whether they can pollute even less, but when diesel will be replaced by other cleaner and renewable energy sources. "This substitution will not be drastic, but will first go through a gradual phase in which the gas oil obtained from oil is supplemented with energy from other sources", highlights the professor who also recalls that "the alternative to the use of renewable or clean fuels it is the electric tractor.”

A tractor can be powered by electricity in two ways. "One is to have a substance in the tractor, stored in a tank, that generates electricity and another is to install rechargeable batteries in the tractor with sufficient storage capacity to propel the tractor and all its devices," explains Gil. With electricity it is possible to reduce or completely eliminate emissions and greatly reduce the noise emitted by the tractor.

1 The new brilliance of self-consumption dazzles foreign... 2 A key trident in the new economy is threatened by... 3 Technological endpoint of radiation at Chernobyl amid... 4 The bank squeezes the vein of commissions with its... 5 Vaison-la-Romaine. The girl is out of danger after... 6 Citizens emulate Macron's queries to activate... 7 Vox believes that the case of the padrón drives them... 8 BSR Puertollano and Caserío Ciudad Real move up in... 9 Interior has better technology than Pegasus to intercept... 10 Football / Playoffs L1-L2. ASSE: Invasion of the field,... 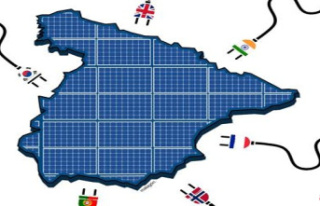