“I am not an extreme”: the strange sequence of an RN candidate who shows a photo of his black wife live

Definitely these legislative elections give rise to surprising scenes on television sets. 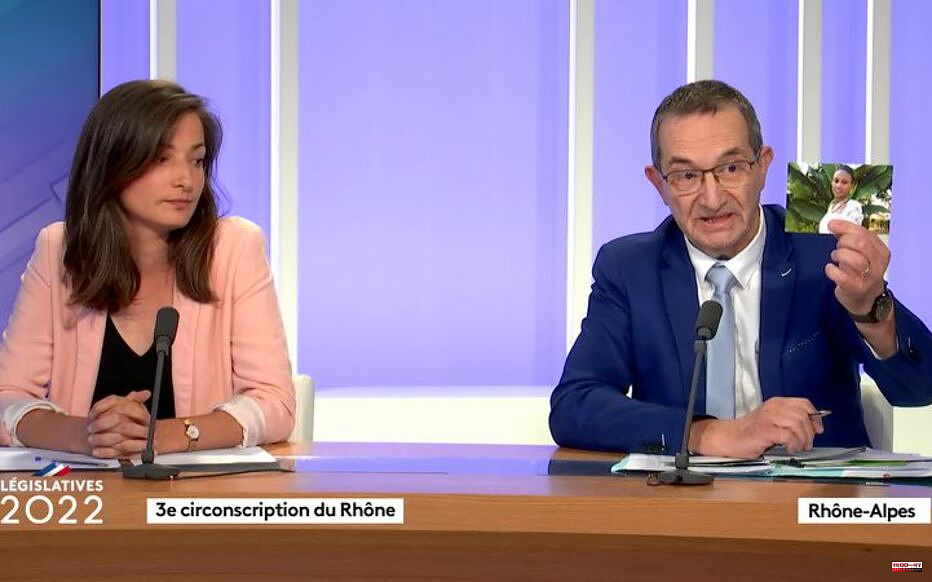 Béatrice De Montille, 45, Les Républicains candidate and opposition municipal councilor and Gérard Vollory, 65, candidate for the National Rally are two candidates from the 3rd constituency of the Rhône. If Emmanuel Macron largely won in the second round of the presidential election, the challenge of this "circo" is to know if it will switch to the left. Sociology is in favor of a vote for the New Popular Ecologist and Social Union (Nupes) represented by EELV.

But candidate LR does not agree with this vision. “This circo is not on the left, we came 2nd in regional and municipal elections. Surprises are possible on our side. And we will try to counter the forecasts, ”reacted the Republican candidate at first.

Then she continues. “We have lost common sense and pragmatism. I want us to find freedom and that the French feel represented, otherwise we raise the extremes”, then regrets Béatrice de Montille, candidate LR. The journalist who presents then relaunches the RN candidate. "Is this for you, Mr. Villory?" “reports France 3.

"I'm not an extreme," replies Marine Le Pen's candidate dryly. "Aren't you for the national preference? asks the Renaissance candidate. That to me is extremism! “The de-demonization of the National Rally does not fool anyone, outbids the candidate of Nupes. You can say as much as you want is not an extreme, but from the moment you belong to an extremist party..." The candidate barely finished her sentence when she was interrupted by Gérard Vollory, a photo of his wife in the outstretched hand towards his adversaries.

“A picture of my wife! he comments, without adding anything, showing his wife whose skin is black, as a justification for his non-extremism. " Thank you ! he punctuates, leaving the set silent. Only the LREM candidate, Sarah Peillon, will conclude in an excerpt not visible in this video that "privacy must remain in the private domain".

1 Child pornography: a 43-year-old man from Magog is... 2 The King Emeritus will arrive in Spain tomorrow and... 3 Rob Blake would put down roots in Los Angeles 4 'The Bad Dog' reissues the famous novel... 5 Four Chinese and an American charged in New York with... 6 Formula E: a calendar set to change 7 After three decades, Gary Bettman does not think to... 8 Training trip to Australia for Alexane Fournier 9 Two years of quiet and almost anonymous life in Abu... 10 Four minors arrested for the gang rape of a twelve-year-old... 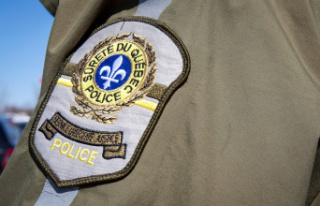 Child pornography: a 43-year-old man from Magog is...