The worst drought in forty years and the unprecedented rise in food prices mean that, every 48 seconds, a person dies of starvation in Kenya, Ethiopia and Somalia. 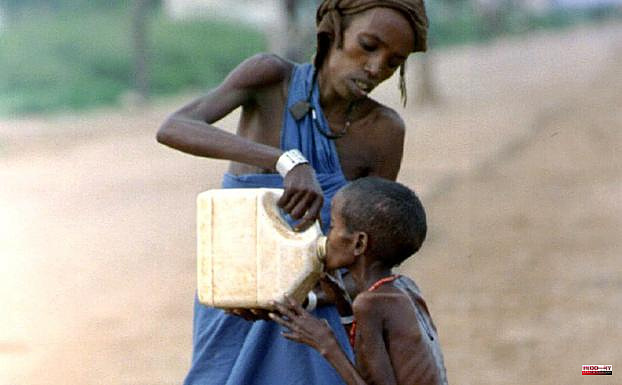 The worst drought in forty years and the unprecedented rise in food prices mean that, every 48 seconds, a person dies of starvation in Kenya, Ethiopia and Somalia. The organizations Oxfam Intermón and Save the Children have published a report in which they warn that more than 350,000 individuals could die if the rich countries do not act quickly. "The situation is bleak," warns Andrés Conde, general director of the second entity, who points out the death of children, pregnant women and the elderly.

Climate change has worsened the picture in East Africa. The prolonged drought, driven by the La Niña phenomenon, has exhausted the economic reserves of the population and decimated their livestock. The health of those affected has deteriorated and generated an unusual increase in mortality. In 2011 a famine was the cause of 260,000 deaths and today it is feared that half a million subjects are already in close conditions. Nor is it a crisis confined to the Horn of Africa. The dossier warns of the risk of dying for a third of children under five in the Sahel, about four million.

The vertiginous increase in the price of cereals and fertilizers has aggravated the crisis. Russia and Ukraine, the countries in conflict, are two of the great exporters of these resources and the war has made supplies more expensive and interrupted shipments. The result has been immediate. Since 2021, people with extreme hunger in the region have gone from 10 million to 23 million. In addition, the level of indebtedness of the affected States has tripled, going from 20.7 billion to 65.3 billion, which forces them to withdraw funds destined for social protection to satisfy financial commitments and anticipates future bankruptcies.

National difficulties, the pandemic and the conflict in Eastern Europe have become priorities for the members of the G-7, according to the report, and that interest has been to the detriment of their promises to poor countries. Ukraine has received around 16,000 million dollars in aid, while, to date, only 93.1 million have been covered, 2% of the 4,400 million dollars of the United Nations appeal to face the famine in East Africa.

Five years ago, Ethiopia, Somalia and Kenya got 1.9 billion in emergency funds. “Despite growing warning signs, the response from world leaders has been unfortunate: too late and too little, leaving millions of people in a catastrophic situation. Hunger is a political failure”, says Franc Cortada, director general of Oxfam Intermón.

The responsibility of local governments is also highlighted in 'A dangerous delay: the price of inaction', the report presented today at a press conference. The delay in their actions and even their denial of the dimension of the crisis have worsened the scenario. Beyond climatological factors, the catastrophe shows the lack of adequate investment in agriculture and social protection systems. But there are more agents involved in the disaster. The analysis also points to humanitarian organizations and donors for not prioritizing support for native counterparts, prepared, in many cases, for immediate action appropriate to the relevance of the phenomenon.

1 Reopening of the United States Embassy in Kyiv, closed... 2 Historical record in greenhouse gases and in the increase... 3 How can you stay motivated and achieve your goals? 4 Driver's license for foreigners: six suspects... 5 Pitched battle between German and Scottish fans in... 6 Summary of Plus belle la vie episode 4543 of May 18,... 7 “L’air d’aller”: Antoine Olivier Pilon and... 8 A chemical accident at the Manises water treatment... 9 The Barcelona Music Museum comes out of the showcases 10 Abrines: "I came to Barça to recover my happiness... 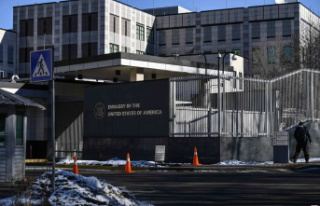 Reopening of the United States Embassy in Kyiv, closed...