The European foreign ministers ended their umpteenth meeting on Monday without having reached an agreement to approve the new round of economic sanctions against Russia, the sixth since the start of the war. 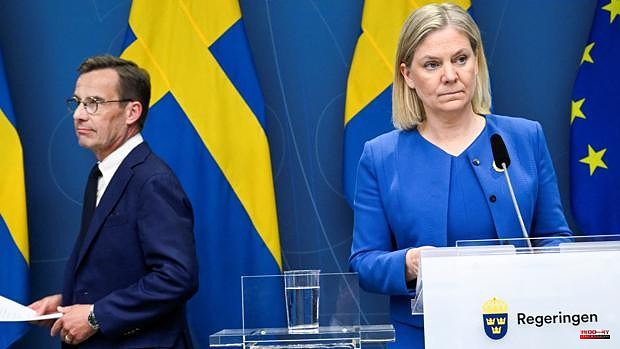 The European foreign ministers ended their umpteenth meeting on Monday without having reached an agreement to approve the new round of economic sanctions against Russia, the sixth since the start of the war. And at the same time, Turkey clarified that the idea of ​​vetoing Sweden and Finland from NATO membership is a real threat. The increased geopolitical stakes raised by Russia's war in Ukraine is taking its toll on the unity of Western countries that are hastily seeking solutions to overcome successive hurdles. The Ukrainian minister, Dmytro Kuleba, who had been invited to participate in the meeting in Brussels, lamented the failure of the negotiations and blamed Hungary directly.

"It is not an exaggeration to say that there is only one country that blocks the introduction of the oil embargo."

The approval of the package of sanctions that includes the prohibition of buying Russian oil has been stuck in the endless negotiations that affect several countries for various reasons. The most sensitive is Hungary, whose Prime Minister, Víktor Orban, they tried to flatter yesterday from Brussels with messages from President Ursula von der Leyen and Charles Michel to congratulate him on his re-election, knowing that in internal European affairs his behavior is every more controversial. So his foreign minister, Peter Szijjarto, arrived in Brussels saying that according to his calculations it would cost Hungary between 15,000 and 18,000 million to adapt its economy to abandon Russian oil and that "it is legitimate for the Hungarians to expect a proposal" from the Commission to pay this receipt that coincidentally coincides with what could be attributed to it in the framework of the recovery plans but which is denied because it does not comply with European demands in terms of respect for the rule of law.

Something similar happens to Bulgaria, which only has the technology to refine the type of crude that comes from Moscow and insists that it has already made a great effort to dispense with Russian gas before it is included in a future new package of sanctions, although in his case, he is not opposed to the adoption of the sanctions package if they allow him an adaptation period.

At the end of the meeting, the head of Ukrainian diplomacy made it clear that in his opinion the sixth package of sanctions "has to include an oil embargo, and I regret that this decision takes so long", because as long as Russia continues to export oil and gas will have money to continue the war» against his country.

The European High Representative, Josep Borrell, had presented Monday's meeting as a scenario in which the "political impetus" could be given to the approval of the sanctions package, after almost a week of failures in the attempts carried out by the ambassadors in Brussels. For this reason, the Italian representative, Luigi di Maio, said at his entrance that in this case "we should be able to overcome the unanimity rule that today allows only one country to block any decision in which all the others agree" and Borrell he was forced to admit the failure of his objectives and to order the ambassadors to return to the negotiations in Brussels in search of a for now unattainable agreement.

Proof that at the moment it is very easy for unscrupulous governments to blackmail that in other circumstances they would not dare is that in NATO all the allies celebrate the decision of Sweden and Finland to break their respective traditions of neutrality to join the organization except one, Turkey. And it does so to take revenge for the position that these countries have maintained towards the Kurdish independence fighters that Ankara generically qualifies as terrorists. Last week it was announced in a generic way that Turkey did not look favorably on the entry of these two countries, but on Monday the top Turkish leader was much clearer and already spoke of vetoing the entry of these two countries, which must be approved for each and every one of the current members. “Sweden is an incubation center for terrorist organizations. They host terrorists. In her Parliament there are deputies who defend the terrorists. We will not say 'yes' to those who host terrorists when they want to join NATO," the Turkish leader said in Ankara on Monday.

Erdogan refers to the policy of these two countries of welcoming militants who are persecuted in their countries of origin as political refugees, as is the case for thousands of Kurds who flee Turkey and who are not always linked to the terrorist activities of the PKK independence fighters that the Army fights in the southeast of the country. Erdogan has also blackmailed the EU on the issue of Syrian war refugees that the EU did not want to let into its territory. In this case, the Turk has been content to be paid for it, some 6,000 million euros for now. No doubt his support for Sweden and Finland joining NATO also has a price and will probably be measured in US military hardware.

1 Marie-Mai takes up the challenge of humor 2 Juanfran: "I trust Simeone and hopefully the... 3 Agropur tastes the pressures of inflation 4 Moscow announces evacuation of wounded soldiers from... 5 A four-year-old girl dies in Vigo when the iron of... 6 The Provincial Council organizes 17 "emblematic"... 7 The first 'Tren de los Molinos' has a successful... 8 More than one in nine COVID patients admitted to hospital... 9 Ottawa High School: Anger over 'humiliating'... 10 PSG dissociates itself from Gueye who refused to play... 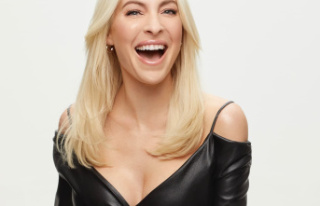