The most veteran temporary workers in the Basque Country could be turned against the agreement that the Government presented a month ago to lower the temporary rate in the administration. 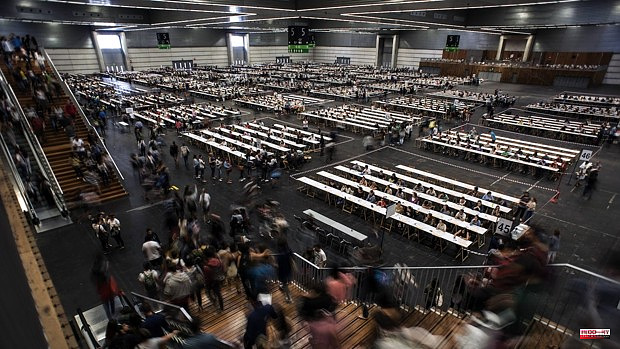 The most veteran temporary workers in the Basque Country could be turned against the agreement that the Government presented a month ago to lower the temporary rate in the administration. The idea was that those who had been holding temporary positions for some time could consolidate their positions through merit-based competitions and without the need for exams. However, in the Basque Country, in addition to state legislation, laws on language policy also govern and these could make this consolidation process difficult for many.

They are regulations that were approved to guarantee "comprehensive and full attention in any of the official languages." By virtue of these, civil servants have been required since the 1990s to have different levels of Basque language depending on the type of job.

Therefore, interims who want to consolidate their position are also obliged to accredit the linguistic profile that, according to Basque regulations, the position they occupy requires.

This is a situation that unions like the UGT have been denouncing for some time. In education alone, they calculated that there were about 100 teachers who could be left without a place for not accrediting a sufficient level of Basque. If we extend the account to the Basque General Administration, that same union center warns that there is still 18% of public workers who, for different reasons, have not managed to accredit the necessary level of Basque language. There are even cases of people who have completed more than 2,000 hours of Basque language classes and who, even so, have not managed to pass the exam that certifies their language levels. They believe that there could be hundreds of officials affected.

There is also the circumstance that they are generally employees who have been in their jobs for decades. Many of them agreed before the Decree of Linguistic Profiles of the year 1993 from which knowledge of the language began to be required in public administration. These veteran interns have, on many occasions, exceeded fifty and their relocation in the labor market may not be easy.

Faced with this situation, Podemos has taken the debate to the Basque Parliament to ask the Ministry of Public Governance and Self-Government to "rectify and make more flexible" the requirement for linguistic profiles. They denounce that otherwise a "real purge" will be carried out that will leave out workers who have accumulated years of experience and knowledge.

According to figures provided by the purple party, there are currently 136 interim assistants and only 67 places are offered without this accreditation "so 50% will be left without options." The situation is even more bloody among the beadles where there are 25 temporary workers without the necessary Basque degree and only six places are offered without language requirements, which leaves 75% "out".

The Minister of Public Governance and Self-Government, Olatz Garamendi, responded by asking not to "revive debates from the past", which, in her opinion, generate "more division". In her response, she reminded the parliamentarians that it is a demand that has a "broad social consensus" and that "nothing" has changed in the rules of the game. "They are the linguistic profiles that existed and the places that existed," she reiterated.

From the ministry they also insist that public employees have the possibility of receiving training and benefiting from reduced hours to study Basque. They also ensure that more than 90% of interim workers have already “accredited” the Basque language language profile required by their jobs.

This statement contrasts, however, with the data from the latest exams carried out by the Basque Institute of Public Administration (IVAP), the body in charge of validating Basque profiles among Basque civil servants. Of the 3,471 people who took the last exam call, only 151 managed to pass the tests; that is, just 4.35%. The failure has been even greater among those who tried to accredit the C1 level of Basque, one of the most demanded in the administration, where the percentage of apt has not even reached 4%.

1 'El Borril' hosts the XII Meeting of Eco-schools... 2 The two electrical substations will connect ships... 3 The Queen highlights the "serene and bold"... 4 On the island of snakes 5 The Supreme Court will study whether the requirement... 6 El Corte Inglés adds new closures as part of its... 7 Puerto Sherry begins preparations for the Pedro Bores... 8 The Board reinforces the staff that will manage the... 9 The region registers 1,917 cases of Covid in people... 10 The story of the huge brothel that turned Valencia... 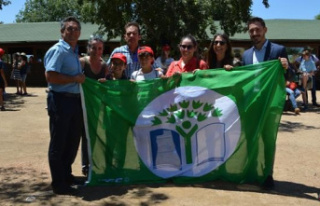