Hundreds of passengers have been affected by a chain of flight cancellations by the Volotea company between Venice and Zaragoza. 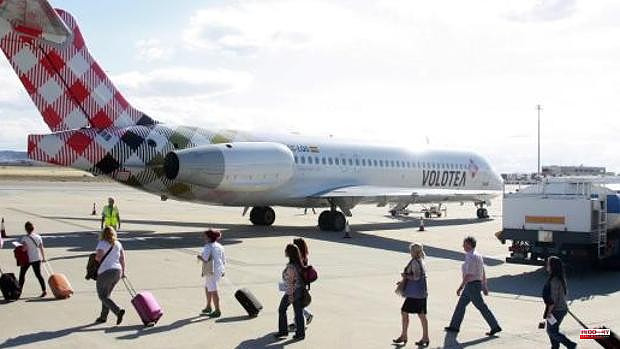 Hundreds of passengers have been affected by a chain of flight cancellations by the Volotea company between Venice and Zaragoza. The first cancellation occurred yesterday Monday and have continued this Wednesday. Of those hundreds of affected, a large group have suffered cancellations twice: two frustrated shipments after more than 24 hours waiting in Venice.

The odyssey was reported to ABC by a man from Zaragoza, Jesús P., who was due to return to Zaragoza on a Volotea flight that was supposed to take off from Venice on Monday at 4:30 p.m. He, his wife and his daughter had enjoyed a few days of tourism in Italy and had contracted the return trip with this low-cost Spanish airline.

The three, like the rest of those who made up the ticket for that flight, waited at the airport until the company told them that the trip had been cancelled. "First they told us that it was going to be delayed and, later, that the flight had been cancelled, that we had to spend the night in Venice and wait for the next day, this Tuesday," Jesús explains. Volotea provided them with a hotel, dinner and breakfast.

This Tuesday, as the company promised, they were picked up to go to the Venice airport to take the flight that had been announced for 11:30 am. And again hours of waiting at the airport without result. What at first was a delay also ended in cancellation. “We had already checked in the luggage and were waiting to board when they told us that we had to turn back, because that flight was not going to leave either,” explains this affected person.

"They have not given us any convincing explanation or any solution, so we have had to look for life as best we could," lamented Jesús P., who with the help of another affected person has managed to self-manage an alternative to be able to reach Spain. .

«As there is no flight to Zaragoza from Venice, to get to Spain as soon as possible we have managed to hire a flight from Venice to Zurich, another one that leaves Zurich for Barcelona an hour later, and we have booked a rental car in Barcelona to go by road to Zaragoza", he explains. A considerable return, “but we can almost say that we have been lucky, compared to the helplessness in which other travelers who have been trying to find an alternative on their own for hours have been left,” he indicates.

Since the Volotea flight that was supposed to arrive from Venice did not arrive in Zaragoza, the plane that was supposed to fly in reverse, from Zaragoza to Venice, did not leave either. This was the case with the device that had to make the round trip yesterday, which is why there have been chain cancellations that have also affected travelers who had contracted with Volotea to travel from Zaragoza to Venice.

1 Covid infections in Castilla-La Mancha rise notably... 2 Ávila becomes the first Spanish city to host a test... 3 Catalonia asks for a rational use of primary care... 4 The murder of Juan de Dios for a possible revenge:... 5 He kept an anti-tank rocket under his bed. 6 The alleged murderer of Marta Calvo contacted more... 7 Fifty dead after a fire caused during a riot in a... 8 The six decisions that will come out of the NATO summit 9 How to calculate if I have been paid well the extra... 10 XV Edition of the Vela Clàssica de Barcelona with... 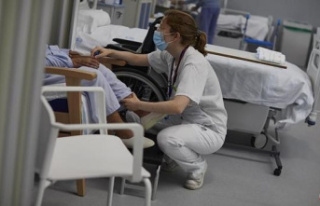