How is the battery of an electric car

New components, and compounds and chemical elements such as graphene, lithium or cobalt begin to sound among users, who ultimately buy their car and use it on a daily basis. 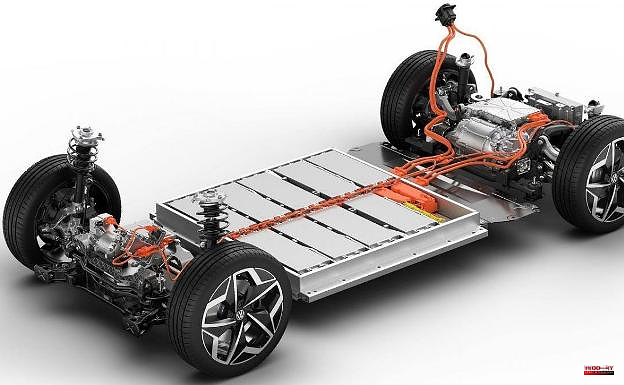 New components, and compounds and chemical elements such as graphene, lithium or cobalt begin to sound among users, who ultimately buy their car and use it on a daily basis.

If we start with the definition itself, a battery is an accumulator of electrical energy, which transforms the electricity provided in a load (or through the energy regeneration system) into chemical energy, to release it later, again as electricity.

A battery is made up of a combination of cells that create a specific voltage and current capacity. The battery is a key component in an electric car, since it determines the autonomy, the energy delivery to the motor and greatly affects the weight and design of the vehicle. They are part of a sophisticated system that, in addition to the cells themselves, includes their container, refrigeration, wiring and electronic management.

A battery is made up of groups of cells connected in series, like a swarm of mini-batteries, that work together to store the energy needed to move the vehicle.

With lithium-ion technology, the cell structure is always similar, regardless of whether it is a mobile phone or an electric car battery. There are always two sheets of metal, such as copper and aluminum. Between the metal sheets are the two poles with the cathode and the anode, between which the electrical reaction takes place. A reactive metal such as lithium is required for the reaction. The biggest cost factor is the composition of the cathode, that is, the negative pole of the battery. It is made up of a mixture of nickel, manganese and cobalt. The anode is made of graphite powder, lithium, electrolytes, and a separator.

Andreas Hintennach, director of battery cell research at Daimler, says that “silicon will largely replace graphite powder in the future. This will allow us to increase the energy density of the batteries by about 20-25%. Silicon allows us to use materials on the cathode side that are not compatible with the graphite currently in use. Imagine two glasses. If you want to pour water from one to another, the second must be at least the same size so that it does not overflow. Similarly, the anode and the cathode should harmonize, “what we call balance. Silicon is also used to improve charging speed."

One of the current strategies is to replace cobalt with other less critical materials, and Daimler's research is advancing in this direction. “We are investigating this as with the current generation of battery cells we have already been able to reduce the proportion of cobalt in the active material (nickel, manganese, cobalt and lithium) from around a third to less than 20%. In the laboratory we are currently working with less than 10% and this proportion will be further reduced in the future. From a chemical perspective, there are many arguments for abstaining from cobalt altogether. The more the mix of materials is reduced, the easier and more efficient it is to recycle. The energy required for chemical production is also reduced because the mixture is easier to produce."

Another alternative is the lithium/sulfur battery. Sulfur is an almost free industrial waste product, very pure and can be easily recycled. It presents significant challenges with regards to energy density, but it also has unrivaled eco-balance. However, it may be years before this technology is available for passenger cars.

Andreas Hintennach assures that “there are even technologies that are superior to the lithium-ion battery. Among them is the solid-state battery. The technology has a very long life cycle and also does not include cobalt, nickel or manganese. However, its energy density is lower, making it relatively large and slow to charge. That is why it is good for commercial vehicles, but not for passenger cars. The lithium-ion battery will be with us for years to come."

Lithium-sulfur is a possible alternative. Replacing nickel and cobalt in current batteries with sulfur would significantly increase sustainability. The energy density also has a lot of potential, but the lifespan is still not long enough and it will take a while until there is a breakthrough in this area. “In lithium-air batteries, there is really only lithium,” he says. The rest, the oxygen, simply comes from the air. “Chemically it is a concept similar to that of the fuel cell, where we are using hydrogen. The energy density would be outstanding, but this technology is still a long way from becoming a reality."

1 The secret of the anechoic chambers where future vehicles... 2 Volkswagen Taigo: little deposit for a powerful engine 3 COVID-19: Six new “fever” deaths in North Korea 4 The keys to the new abortion law that is being debated... 5 Drop the masks in the schools of Saguenay 6 The Basque Government returns 60% of the fines of... 7 The former administrators of Faubourg Mena'sen... 8 Musa: «The truth, I didn't even know where Lugo... 9 Betriz Galán, the coach who breaks soccer stereotypes 10 Navarra recovers its prominence 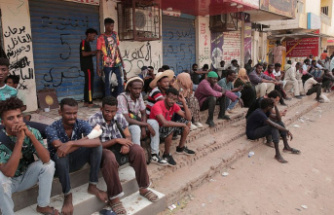 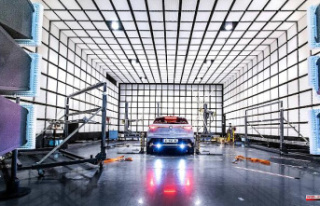 The secret of the anechoic chambers where future vehicles...