Hours and where to see Alcaraz - Ramos

Carlos Alcaraz makes his way at Roland Garros and tomorrow he will face fellow Spaniard Albert Ramos, number 44 in the world, in the second round. 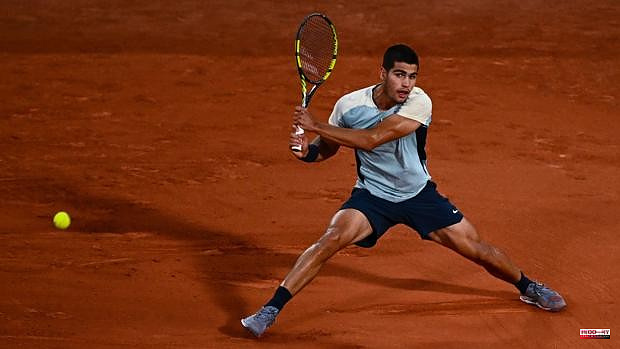 Carlos Alcaraz makes his way at Roland Garros and tomorrow he will face fellow Spaniard Albert Ramos, number 44 in the world, in the second round. The Murcian won the Argentine José Ignacio Londero (6-4, 6-2, 6-0) in the first round, while the Catalan comes to the duel after beating the Australian Kokkinakis (6-4, 4-6, 6-4 , 7-6 in the tie break).

Alcaraz arrives in style to the French land after the first part of the season in which he has definitively entered the tennis elite. He was proclaimed champion at the Miami Masters 1000 and, shortly after, he had a mass bath at the Mutua Madrid Open after knocking down Rafael Nadal (5th) and Novak Djokovic (nº1).

Now the young tennis player looks with ambition at what could be the first Grand Slam of his career.

The duel against Ramos will be played this Wednesday, it will be played on the Simonne-Mathieu track and it will not start before 2:15 p.m. It can be seen on television on Eurosport and you can also follow the point-to-point live on the ABC website.

1 Rubiales and Camps, investigated for alleged threats 2 Basketball: Limoges coach Massimo Cancellieri fills... 3 The family of the Tarrasa sisters murdered in Pakistan... 4 Valdepeñas offers seven concerts with wine tasting... 5 Tsonga: "I finished as I wanted" 6 Tour of Italy: Guillaume Martin in pain 7 Ice hockey: France ends the 2022 World Cup on a quack,... 8 Roland-Garros: Nadal in the evening, Djokovic on the... 9 Alcaraz, Parry, Moutet: 5 reasons to follow Wednesday... 10 At least two children killed and twelve injured in... 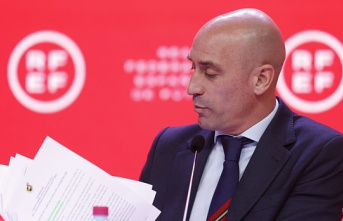