Hitmen kill Paraguayan anti-drug prosecutor during his honeymoon in Colombia

The Paraguayan prosecutor specialized in the fight against drug trafficking, Marcelo Pecci, was shot dead this Tuesday in Colombia by gunmen who arrived on jet skis at a paradisiacal beach on the island of Barú, where he spent his honeymoon. 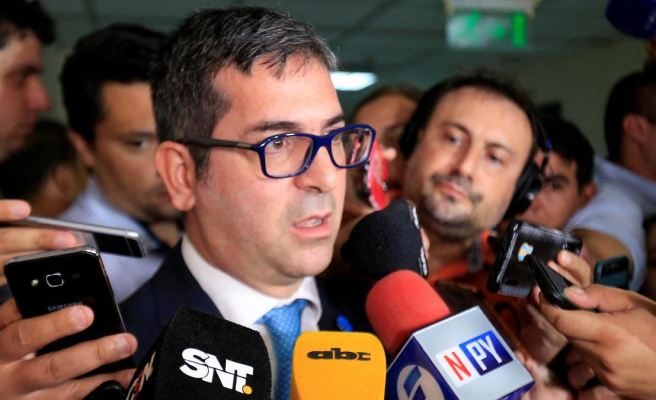 The Paraguayan prosecutor specialized in the fight against drug trafficking, Marcelo Pecci, was shot dead this Tuesday in Colombia by gunmen who arrived on jet skis at a paradisiacal beach on the island of Barú, where he spent his honeymoon.

Five Colombian investigators have been sent to the Caribbean island "where the murder was committed" to carry out the investigations with the support of Paraguay and the United States, the director of the Colombian Police, General Jorge Luis Vargas.

The Colombian Police issued a search and capture circular with the photograph of one of the suspects in the murder. In the Police circular, a man dressed in black and with a hat that partially hides his face is seen, and the collaboration of the public is requested to identify him. A reward of 2,000 million pesos (about 489,000 euros) is offered for any information that facilitates the capture of him.

"We hope that in the next few minutes, with orders from the Judicial Police, we can give the national and international community other elements so that everyone can help us locate more people to clarify this fact," he added.

The murder occurred this morning in Barú, an island that is about 40 minutes by boat from the tourist city of Cartagena de Indias, where Pecci, 45, was on his honeymoon with his wife, the Paraguayan journalist Claudia Aguilera, with the one who had married on April 30 in Asunción.

The murder took place on the private beach of a luxury hotel, the Hotel Decameron, among tourists and in front of the transparent blue waters of the Caribbean Sea. The hotel said that "hitmen who arrived on jet skis at the beach" killed the prosecutor. They also added that the attackers shot one of the security guards at this beach resort, but he was unharmed.

In the last photo posted before the tragedy on the young woman's Instagram account, the couple embraced on a beach, with a pair of baby booties in the foreground, suggesting that the newlyweds were expecting a child.

According to the Police, "there was no knowledge of the presence of the Paraguayan prosecutor in Colombia, and because of his position he was one of the most protected people in Paraguay."

The Colombian authorities did not give more details of who may be behind the murder of this specialized prosecutor against Organized Crime, Drug Trafficking, Money Laundering and Financing of Terrorism in Paraguay. However, the president of Paraguay, Mario Abdo Benítez, pointed to "organized crime" when emphasizing the fight and the Paraguayan Prosecutor's Office spoke of "cowards" who hide behind "large criminal structures."

The assassinated official had dealt with media cases such as the arrest for forgery of the passport of former Brazilian soccer player Ronaldinho or the investigation of the shooting that occurred at the Ja'umina festival last January where the model and "influencer" Cristina 'Vita' Aranda, wife of the soccer player Iván Torres.

The attorney general of Paraguay, Sandra Quiñónez, assured in statements to the Colombian station Blu Radio that they are studying the hypothesis of whether Pecci, who "managed his entire security system himself," had been followed from Asunción to Cartagena.

"At some point (Pecci) had to face some types of threats that he had known how to handle very well, taking the precautions of his work," said the prosecutor, who said that the murdered official was a "personal friend."

The United States condemned this Tuesday the assassination of the prosecutor. "The United States condemns the murder of Paraguayan prosecutor Marcelo Pecci. We reaffirm our commitment and determination to work with Paraguayan authorities and the entire American continent in the fight against organized crime," said US Undersecretary for Latin America Brian Nichols on Twitter. .

1 'Entre copas', by Nuria Parra, wins the... 2 Al Jazeera journalist shot in the head in Israeli... 3 2022 work calendar in Valencia: when are the next... 4 Russia takes aim at Odessa 5 Titirimundi returns to the stage despite the rain 6 The abortion veto would trigger the trafficking of... 7 Ukraine from Washington 8 Finland and Sweden plan to apply this week to join... 9 Johnson proposes a "bonfire" of European... 10 Biden y Draghi: 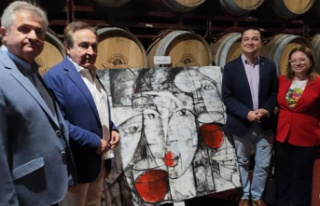