"These data are the grim confirmation of humanity's failure to cope with climatic upheavals. 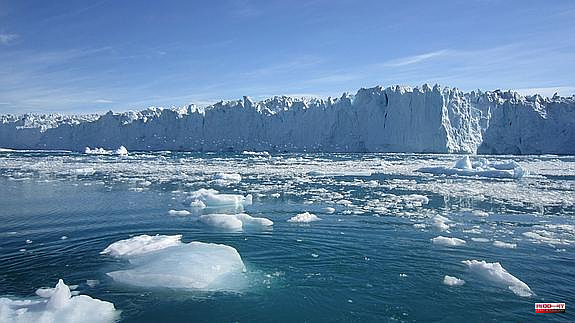 "These data are the grim confirmation of humanity's failure to cope with climatic upheavals." The pessimism expressed this Wednesday by the Secretary General of the United Nations, Antonio Guterres, is not unjustified in light of the latest data on climate change made public by the World Meteorological Organization (WMO). Four of the main indicators are at their worst levels. These are greenhouse gas concentrations, sea level rise, ocean heat content, and ocean acidification. All "recorded unprecedented values" during 2021. And there is only one culprit: the human being and his activity on the planet.

The report made public by the WMO confirms that the last seven years (2015-2021) have been the warmest on record, despite the fact that the meteorological phenomena linked to La Niña at the beginning and end of 2021 had a cooling effect of global temperatures. In fact, last year was one of the hottest on record, with the average global temperature about 1.11 degrees Celsius above pre-industrial levels.

"We are now heading towards 2.5 to 3 degrees warming instead of the 1.5 targeted by the Paris Agreement," said WMO chief Petteri Taalas. “The heat trapped in the atmosphere from man-made greenhouse gases will warm the planet for many generations. The rise in sea level, the acidification of the oceans and the increase in their heat content will continue for centuries unless mechanisms are invented to remove carbon from the atmosphere, "he warned.

The head of the World Meteorological Organization has also lamented the fact that the war in Ukraine has "eclipsed climate change", which "remains the greatest challenge of humanity". A conflict that has also made it clear that energy dependence on fossil fuels is still too high. Antonio Guterres has recognized that the "global energy system is broken", and has called for the adoption of urgent measures for a transition towards renewable energies that is "easy to achieve" and allows us to move away from the "dead end" represented by oil, gas or coal.

To promote this change, the UN Secretary General has proposed several actions. These include promoting access to renewable energy technologies and supplies, tripling private and public investment in this type of energy, and putting an end to subsidies for fossil fuels. "If we act together, the transformation of renewable energy can be the peace project of the 21st century," concluded Guterres.

1 How can you stay motivated and achieve your goals? 2 Driver's license for foreigners: six suspects... 3 Pitched battle between German and Scottish fans in... 4 Summary of Plus belle la vie episode 4543 of May 18,... 5 “L’air d’aller”: Antoine Olivier Pilon and... 6 A chemical accident at the Manises water treatment... 7 The Barcelona Music Museum comes out of the showcases 8 Abrines: "I came to Barça to recover my happiness... 9 Indonesia: a ferry runs aground on a submerged island... 10 Europa League: TV channel, streaming... How to follow... How can you stay motivated and achieve your goals?