The company Hijos de Rivera -the manufacturer of Estrella Galicia beers, among other products- reached sales of 610. 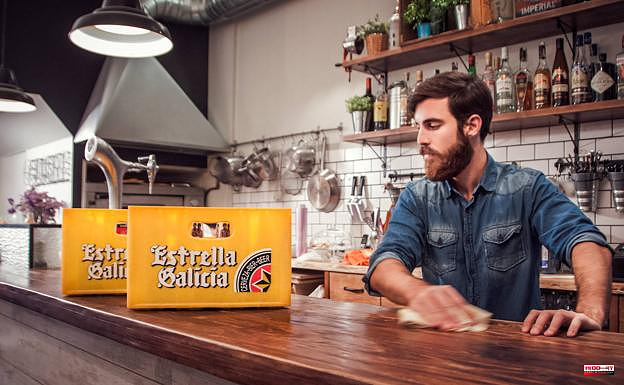 The company Hijos de Rivera -the manufacturer of Estrella Galicia beers, among other products- reached sales of 610.4 million euros in 2021, 27.4% more than the previous year. It did so in a year in which its profits after taxes reached 94.9 million euros, 79.4% more, and in which investments stood at 66.8 million euros, a 20% increase.

These data have been provided, at a press conference, by the executive president of the Hijos de Rivera Corporation, Ignacio Rivera, who has also highlighted that the gross operating result (Ebitda) stood at 174.4 million euros, 29 % plus.

After a year of "a lot of reorganization" and with a "much more executive" corporation, he has assured that now the objectives will focus on a strategic plan valid until 2024 and that includes investments of 600 million euros, destined for two new factories, one in Brazil, and another in the Polígono de Morás, in Arteixo (A Coruña), as well as the new offices that the company will have, located opposite its current facilities, in the Herculean city.

In the case of the factory in Brazil, it has indicated that it will be ready in 2023, while in the case of the one in Arteixo it has placed its conclusion in 2024. To these investments, it has added the work to advance in digitization so that the company be "more efficient" and that allows you to "sell more".

In this sense, and after highlighting the sales figure for 2021, Ignacio Rivera has insisted that the company is working with the objective of reaching 1,000 million. Regarding sales, he highlighted the 436 million liters of beer sold, 27.8% more, to which 189 million liters of water were added, a 16.4% increase. In this case, he has recognized that the data is not "so good" when compared to the 198 million liters of 2019.

As challenges, it has placed differentiation and internationalization. In the latter case, he has stated that they will continue to focus on the Latin American market, but also on others, creating new subsidiaries. Regarding the first, he has assured that the "dream" is that it represents 20% of his business quota.

In addition, to the subsidiaries planned in the British market and in Portugal, it has added the objective of continuing to "explore" those of the Middle East and Africa.

On the other hand, he has advanced that this year they will launch a new brand of beer, while in the case of the marketing of water he has stated that they will develop new product categories. "We are working to do amazing things," he stressed.

Regarding the current international context, he has admitted that it is being a "complicated" year, which is affecting the company in its logistics and also in matters related to raw materials. However, he has been convinced that "they will resist", while he has explained that for now they are not passing on the increase in costs in prices. "We are going to see how we face the last semester of the year," he added.

1 Summary of Tomorrow belongs to us episode 1189 of... 2 Brussels gives oxygen to Spain and will allow more... 3 King Juan Carlos I lands in Vigo after almost two... 4 Damien Abad got into congé from LR 5 Page and twenty journalists from the region based... 6 María del Hierro Ayala will be Ciudad Real's... 7 Don Juan Carlos is already in Spain 8 Cyberattack at Collège Montmorency: personal data... 9 Santa Pola will host the World SUP Festival Costa... 10 About 60 boats are cited in the Torrevieja International... 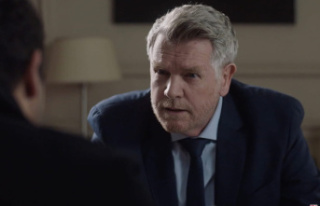 Summary of Tomorrow belongs to us episode 1189 of...