Waiting to welcome Kylian Mbappé, who if his signing is consummated by Real Madrid will give a huge leap in quality and media to the Spanish championship, the League will surely be left at the end of this campaign without another of its legends. 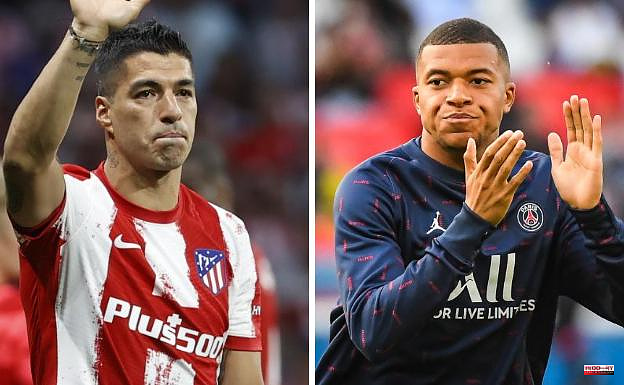 Waiting to welcome Kylian Mbappé, who if his signing is consummated by Real Madrid will give a huge leap in quality and media to the Spanish championship, the League will surely be left at the end of this campaign without another of its legends. It does not have the same dimension as the departures of Cristiano Ronaldo and especially Leo Messi, but the goodbye of Luis Suárez will leave another star orphaned in a tournament that intends to compete with the Premier League for being the best on the planet.

Shortly before Mbappé said at the annual French football gala that he had made his decision about his future “almost made” and that he would communicate it “shortly”, surely even before the Champions League final that he will face on May 28 in Paris. to Liverpool and Real Madrid from his friend and compatriot Karim Benzema, Luis Suárez received an emotional tribute from the Wanda Metropolitano. "I fight, eternally grateful," read a huge banner displayed in one of the funds before the Uruguayan idol was replaced by Cunha.

Disappointed by En-Nesyri's final goal that gave Sevilla a draw with Champions League value and left Atlético without third place in mathematics, and overshadowed by how much was at stake in other fields, but a goodbye with all honors and tears of the emotional protagonist. Unlike Real Madrid with myths like Sergio Ramos or Barça, with the close examples of Messi and the Uruguayan striker himself, the rojiblanco club usually organizes this type of event very well.

“Thanks to my teammates for giving me this opportunity at a difficult time. Wherever I go, I will always be one more Atleti fan », said Suárez, who in just two seasons has won the hearts of the Atléticos and the respect of his teammates. Commitment, professionalism and, since Cholo Simeone looked him in the eye and had a tough talk with him last November, maximum respect assuming an unknown role of substitute without making those little faces that made his behavior ugly when he was substituted before.

«We are moved by this farewell to a real crack. Others think they are, but they are not, but Suárez is a crack," Simeone emphasized in the post-match. The Argentine does not give a stitch without a thread and these words can be interpreted as a message of implicit criticism of Joao Félix, injured in this final stretch of the course, Álvaro Morata, who never tuned in with Cholo, and even Fernando Torres, who returned to Atlético already in the twilight of his career and neither he nor those around him accepted his supporting role well in the last season.

Suárez, like David Villa in his day, arrived as a gift from Barça with a desire for revenge, and in his first year he scored 21 goals that gave Atlético its tenth League title. So many that they added transcendental points like those of the final days in fiefdoms of Osasuna and, above all, Valladolid. In this second season, however, his numbers dropped considerably, as did those of the entire team. He only 11 goals in a League in which he has participated in 33 games, but only 53% of the minutes. Even so, he is next to Correa the top gunner of his team. He does not reach the 100 games that are required, but the mattress fans move so that the Uruguayan has his plate in the walk of the legends, where there are unloved figures like Courtois.

Although it has been rumored with the possibility that Sevilla try to sign him and even with an eventual return to Barça that would be a monumental surprise, the most normal thing is that Suárez leaves Spain in the summer. At 35 years old, he still has the bullet for the World Cup in Qatar and wants to get ready to continue scoring with Uruguay. He does not lack suitors, although it will be difficult for him to maintain a salary of seven million euros net. In England he has a big poster since he also became a Liverpool legend, and Aston Villa from his friend Steven Gerrard and West Ham wish him. Ajax does not rule out the return of a myth either, Inter flirts with Salto and there are always the most exotic destinations in the United States and some Arab country.

Next Sunday at the Reale Arena, a scorer who has scored 452 goals and distributed 206 assists in 729 games throughout his career will say goodbye to Spanish football. Five Leagues in Spain, four of them with the best Barça, where among other awards he also won an orejona in 2015 by winning and scoring, just like Rakitic and Neymar, in the final against Juventus (3-1). From the hard hand of Luis Enrique, the second great triplet in the history of the Barça club. There, in six unforgettable years with his friend Leo Messi, he scored no less than 198 goals, 147 of them in the regular tournament. Ahead of Ladislao Kubala, he is the third top scorer in the history of Barça, only surpassed by César, who sealed 230 between 1942 and 1955, and the unattainable 672 of the star from Rosario.

1 Badalona will host the Copa del Rey basketball in... 2 They find the leader of the destructive sect that... 3 Smoke bombs, tags and firecrackers: the house of Roland... 4 Fawzia Koofi: "If the woman does not wear a burqa,... 5 Raúl García and Nico Williams, almost ruled out... 6 It's a departure for the Alliance 7 Punishment for Scholz's indecisive policy in... 8 DIRECT. Giro 2022: Bardet 3rd overall, the standings 9 ATP ranking: Nadal 5th, overtaken by Tsitsipas, the... 10 FizzUp, personalized sports coaching for weight loss 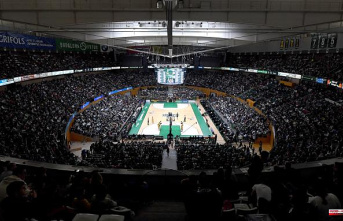 Badalona will host the Copa del Rey basketball in...