"He lied": The Iraqis continue to blame Powell for their role in the war in Iraq

Many Iraqis associate Colin Powell with one image: The man who, as U.S. Secretary of State, argued for war against their country before the U.N Security Council in 2003. 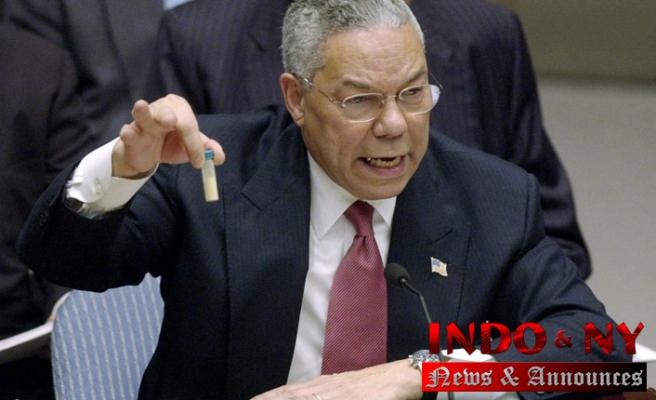 The news of his passing Monday at the age of 84 stirred anger in Iraq against the ex-general and diplomat. He was one of many Bush administration officials they blame for the disastrous U.S.-led invasion which led to decades of violence, death and chaos in Iraq.

His testimony before the U.N. was an important part of events, which they claim had a high cost for Iraqis as well as others in Middle East.

Maryam, a 51 year-old Iraqi writer and mother to two children in northern Iraq, said that "he lied, lied, and lied." Maryam spoke under the condition that her last name not used as one of her children is in the United States.

She added, "He lied and we are stuck with never-ending conflicts."

Powell was the chairman of the Joint Chiefs of Staff and oversaw the Persian Gulf war against the Iraqi army, which took place in 1991 after Saddam Hussein invaded Kuwait.

The U.N. presentation that justified the invasion of Iraq more than a decade later is what most Iraqis will remember. It cast Saddam as a major global menace who had weapons of mass destruction and even displayed a vial of what he claimed could be a biological weapon. Powell had described Iraq's claim that it didn't have such weapons as "a web" and later referred to the speech as a low point of his career.

"I am saddened at the passing of Colin Powell, but he will not be tried for his crimes against Iraq. ... "But I am sure that God's court will be waiting for his," tweeted Muntadher al-Zaidi. An Iraqi journalist, Muntadher al-Zaidi vented his anger at the U.S. during a 2008 news conference held in Baghdad.

Al Jazeera heard Powell tell Al Jazeera in 2011 that he regrets providing misleading intelligence leading to the U.S. Invasion. He called it a "blot on my records" and said that many sources cited by intelligence agencies were incorrect.

In a 2012 interview with The Associated Press Powell, Powell stated that the U.S. had "a lot of success" due to "Iraq’s terrible dictatorship is gone."

Saddam Hussein was captured in Iraq by U.S. forces in December 2003 while hiding in northern Iraq. He was later executed by the Iraqi government.

The insurgency that arose from the U.S. occupation turned into sectarian violence, killing countless civilians in Iraq. The war went on for far longer than was predicted by the Bush administration. It eventually led to the formation of the Islamic State group. After the Islamic State group invaded Syria in 2011, President Barack Obama pulled American troops out of Iraq. Three years later, advisers were sent back by Obama to help them.

Powell's U.N. testimony has "resulted" in the deaths of many thousands of Iraqis. "This blood is on his hands," Muayad Al-Jashami, a 37 year old Iraqi working with nongovernmental organizations, said.

Al-Jashami stated that he didn't suffer any direct losses but continues to experience panic attacks and stress from growing up in a country of war, displacement and years of terrorist bombings.

Aqeel Al-Rubai, 42 years old, owns a Baghdad clothing and cosmetics shop. He said that he doesn’t mind if Powell regrets the incorrect information he provided on WMD.

Al-Rubai lost his cousin during the war and also blames America for his death. His father had a near miss in sectarian blood-letting following the U.S. invasion and then suffered a fatal heart attack.

"What does this remorse have to do with us?" He said that a whole country was destroyed and that we still have to pay the cost." "But, I say, may God have mercy upon him.

Tony Blair, former British Prime Minister, who supported the U.S. invasion and campaign, described Powell as "a towering figure of American military and political leadership over many decades, someone with immense capability and integrity."

The Israeli Embassy in Washington recognized Powell's "commitment towards Israel" and his deep personal connection with the Jewish community.

Mary Robinson, former president of Ireland, stated that Powell was "a wonderful and moral man who was misled horribly in the context of Iraq war before Security Council." Robinson is head of The Elders, an organization of retired world leaders.

Maryam, a northern Iraqi writer, rejects the notion that Powell might have been misled about Iraq.

She added, "I don’t believe that." "And anyway, when lives depend on you, you don't have that luxury."

1 Wisconsin Woman's murder is over, man sought 2 Tens of thousands protest in Rome against neofascists 3 Kidnapping missionaries are being blamed on gangs... 4 Saudis welcome Newcastle fans with hope and conflicted... 5 Jan. 6 panel plans contempt voting as Trump sues for... 6 Wall Street is looking to cash in on Bitcoin's... 7 Grammys announce inclusion requirements to ensure... 8 Some African Americans had mixed memories of Colin... 9 US to approve mix-and-match booster shots for COVID 10 Report: Haiti gang seeks $17M for kidnapped US missionaries 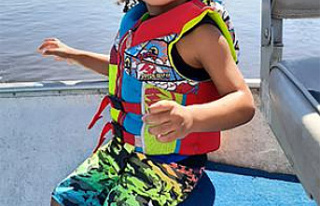