The Provincial Court of Valladolid hosts this Monday the hearing for the damage caused in 2019 against the statue of Christopher Columbus in the capital of Pisuerga, which dawned on Hispanic Day dyed red and with the message "Spanish is fascism". 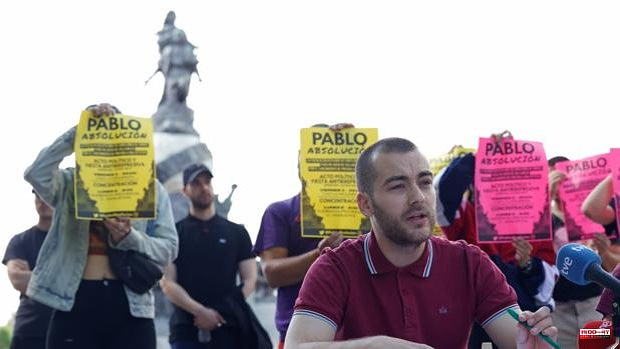 The Provincial Court of Valladolid hosts this Monday the hearing for the damage caused in 2019 against the statue of Christopher Columbus in the capital of Pisuerga, which dawned on Hispanic Day dyed red and with the message "Spanish is fascism". The only defendant in the case faces five years in prison for these events and for an alleged robbery at the Democracia Nacional headquarters a few months later.

The events date back to the early hours of October 12, 2019, when Pablo F. D., then twenty years old and with no criminal record, together with one or several unidentified companions, went to the aforementioned monument equipped with some containers and some eggs that contained liquid. red and threw them against the statue to later write the aforementioned phrase and draw at the bottom some anagrams alluding to communism and anarchism.

A third person recorded the action, which was later broadcast via Twitter on Yesca Valladolid's account, linked to the Izquierda Castellana political party and where the accused is "active militant", according to the account of the Public Ministry.

The Prosecutor's Office defends that its action was not "only" pursuing the "will" to cause damage, but also, and on a date such as Columbus Day, sought to "publicly revile and generate a predisposition against the values ​​that the group sculpture represents and, especially, against citizens who could feel identified with them, or harbor feelings of patriotism for the country to which they belong, stigmatizing those who could externalize those feelings.

And its action, continues in its provisional qualifications, is not limited to any walls of the city, but to a work by the sculptor Antonio Susillo, one of the most prominent of the late nineteenth century, representative of Spanish Romanesque art and whose value lies also in that his "presence in the urban landscape keeps alive" the fact of Columbus's death in the city and the "permanent link between the city and the character." Thus, although it lacks a BIC declaration, it understands that "it meets the conditions to enjoy such a category and be subject to the greatest legal protection that can be granted to it."

For this reason, it considers the acts constituting a crime against historical heritage in competition with another for promoting "hatred, hostility, discrimination or violence against a group, a part of it or against a specific person" and asks for three years and three months in prison and disqualification for another ten for profession or educational trade. It also points out compensation of 844 euros to the Valladolid City Council for cleaning the statue and the costs of its restoration, which had a budget of more than 12,000 euros, would remain pending.

To this request would be added two more of deprivation of liberty for a crime of robbery with force in things and a fine of 600 euros for another of damages for the alleged assault a month and a half later, on January 22, 2020, to the headquarters of the political party Democracia Nacional, where, after managing to open the metal fence and pry two access doors, he entered the premises and seized various objects - pre-constitutional flags or "golden dawn" stickers - and caused damage to pictures and flags which he painted red, as he allegedly did with the statue, according to the Prosecutor's account. On this occasion he once again appreciates an intention beyond the mere theft itself, due to his "animus towards parties" with "opposite ideology to his, which the Yesca group to which he belongs qualifies as fascists."

The defendant, in an appearance before the media a few days before the trial, pointed out that "the context in which this action takes place, which has an obvious political justification, is framed in the protests that were taking place around the world. carried out against colonialism through its most prominent symbols and characters" and "no one is in jail for any of these protests," he said.

1 The PP will force a pulse between Sánchez and Podemos... 2 The Madrid-Extremadura AVE stops in the province of... 3 Full transcripts of Face the Nation starting in 2022... 4 Massacre of Catholics in Nigeria in the middle of... 5 Buxade (Vox), "We are going demand the PSOE,... 6 Nadal does not give up on his foot injury: "We... 7 Wales snatches world dream from Ukraine 8 "The best tennis player in history is called... 9 Inmaculada Nieto promises taxi driver that their government... 10 Burgos says goodbye to the Jubilee Year and closes... 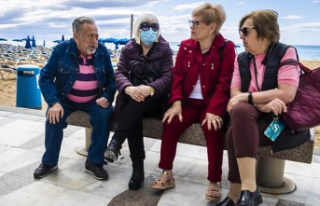 The PP will force a pulse between Sánchez and Podemos...