If you want to assemble a computer yourself, you cannot avoid the question of which processor will be the central processing unit. 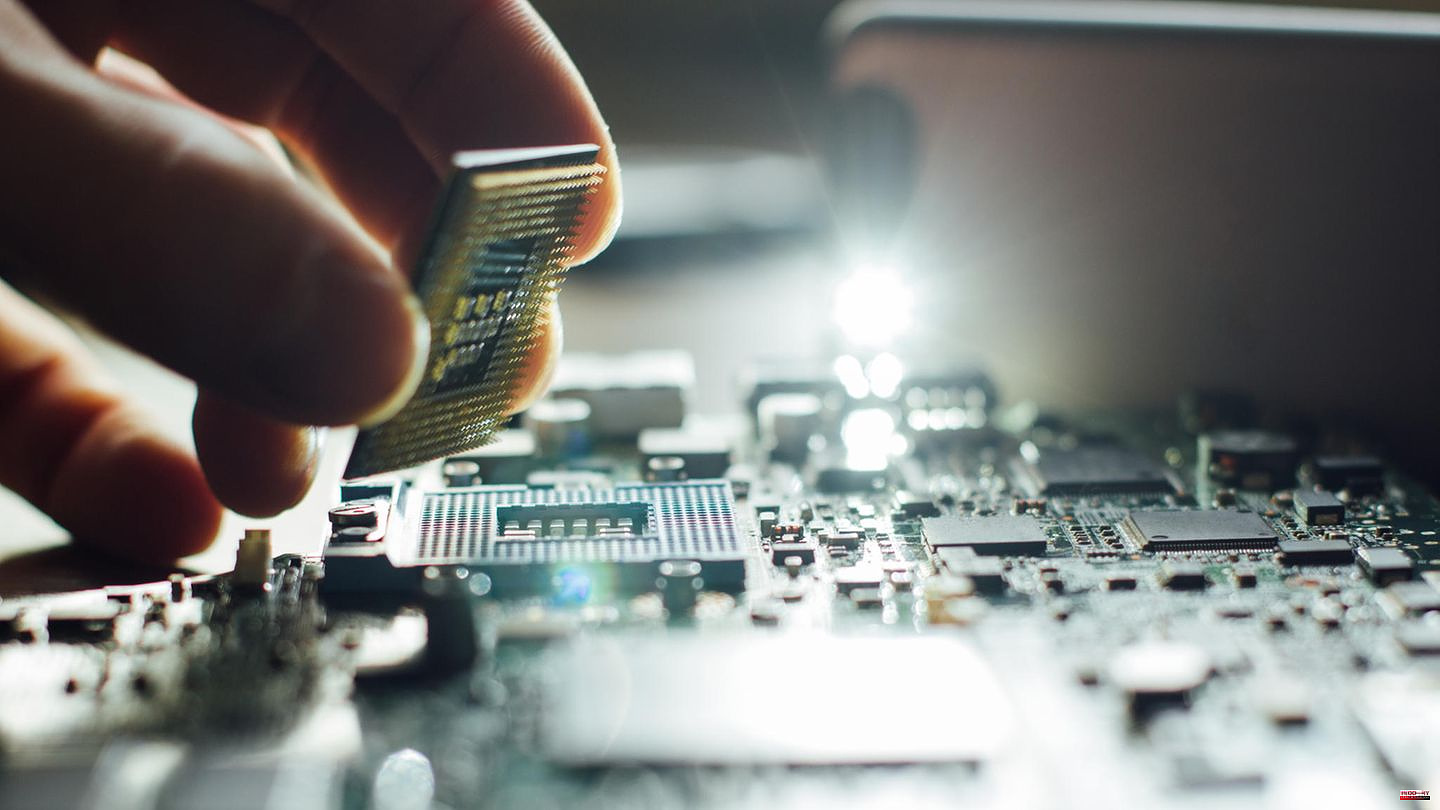 If you want to assemble a computer yourself, you cannot avoid the question of which processor will be the central processing unit. Quite a few do-it-yourself builders opt for a third or fourth generation AMD Ryzen processor and they only fit on a mainboard that offers the AM4 socket. The mainboards with AM4 socket differ in their chipset and not every chipset works immediately with every processor. As if that weren't enough, the different chipsets also offer different functions.

In order: The two latest generations of chipsets on motherboards for processors from AMD are 470 and 570. The two latest generations of Ryzen CPUs theoretically work on both (i.e. the third and fourth generation). However, complications can arise if you want to put fourth-generation Ryzen processors on a motherboard with a 470 chipset. In this case, an update of the BIOS on the mainboard would be necessary, which in most cases requires a third-generation Ryzen processor.

Anyone looking for an X570 mainboard without compromises has to dig deep into their pockets. The ASUS ROG Crosshair VIII Extreme costs around 800 euros. But it offers everything that enthusiasts want from a mainboard. In concrete terms, this is an 18 2 CPU power supply with 90 A power stages, which even enables high clock rates for the processor with a correspondingly high voltage. In addition to the processor, the working memory (RAM) can of course also be overclocked with the mainboard.

Quick reminder: RAM with 3600 megahertz (MHz) currently offers the best mix of price and performance in Ryzen processors. The ASUS ROG Crosshair VIII Extreme has a maximum of 128 gigabytes of RAM, which can clock at 5,333 MHz. Otherwise, the mainboard really offers everything that DIY builders could wish for: five M.2 SSD slots, two external Thunderbolt 4 interfaces, two PCIe 4.0 x16 lanes as well as WLAN 6.0 and Bluetooth 5.1. It's also one of the few X570 boards that is passively cooled and doesn't need a fan.

If you're looking for a solid motherboard for a gaming computer that doesn't want to cost too much, the GIGABYTE X570 Aorus Elite is the way to go. However, you cannot overclock your processor too much with the board because its 12 2 CPU voltage supply does not provide enough power for this. Of course, Gigabyte also does without a Thunderbolt interface in its Aorus Elite. But it offers USB-C sockets that work with the USB 3.2 protocol.

Nice: A total of two fast M.2 SSD storage modules find a new home on the mainboard, which should be enough for most gamers. The mainboard also offers a PCIe 4.0 x16 lane for modern graphics cards. The main memory can clock at a maximum of 4,000 MHz. The Aorus Elite swallows a maximum of 128 gigabytes of RAM. Overall, the Aorus Elite is a solid board that meets the needs of regular gamers. However, you have to retrofit WLAN and Bluetooth via a PCIe card or USB.

The ASRock X570M PRO4 in Micro-ATX form factor is a little smaller but not much cheaper. It is in almost no way inferior to the Aorus Elite. However, the AS-Rock only offers one PCIe x1 slot. It gets tricky at the latest when you have to decide on a sound card or WiFi adapter via the interface. Otherwise, the ASRock X570M PRO4 is a micro-ATX mainboard that easily takes on its big ATX brothers.

It has two M.2 SSD slots, a PCIe 4.0 and a PCIe 3.0 x16 slot for graphics cards, four RAM slots that can handle a maximum of 128 gigabytes of RAM with a maximum clock speed of 4,200 MHz. Externally, the mainboard has two USB-C and USB-A sockets, one of which has the USB 3.2 gen. 2 and one via the USB 3.2 gen. 1 protocol features. As a reminder: the two USB protocols differ in terms of data throughput. If you want to move large files to the computer's memory, it is better to use USB 3.2 gen. 2.

The ASUS ROG Crosshair VIII Impact is one of the few Mini DTX motherboards with the X570 chipset currently available. A maximum of 64 gigabytes in the form of two bars fit on the ASUS ROG Crosshair VIII Impact, which, however, can only clock at a maximum of 2466 MHz. That's annoying, since the sweet spot of price and performance for Ryzen processors is at a memory clock of 3600 MHz. So you give away some gaming power for the smaller format.

Only Mini-ITX boards are even smaller. One of these is the Gigaybte X570 I Aorus Pro Wifi. As the name suggests, Gigabyte gives it Wifi 6 by default. A maximum of 64 gigabytes of RAM, which can clock at 5300 MHz in overclock mode, can be accommodated in the two RAM slots. The two M.2 SSD slots on the small ITX mainboard are unusual but pleasing. Also positive: On the back there is a USB-C and USB-A port with USB 3.2 Gen. 2. There are also four more USB-A 3.2 Gen. 1 sockets.

If you buy all the components new and rely on the fourth-generation high-end Ryzen processors, you should use an AM4 mainboard with an X570 chipset. In any case, this saves annoying update problems. Compared to the 470 chipset, you are also a little more future-proof with the newer one because it offers PCIe 4.0. The PCIe lanes on the motherboard are the motherboard's data superhighway. The new standard offers twice the data throughput of PCIe 3.0. With newer graphics cards, this can result in better performance in games - but it doesn't have to. It is questionable whether the surcharge for PCIe 4.0 is worth it for you.

This is not the case, for example, if you want to use your older graphics card (GPU) for the time being because the new models from Nvidia and AMD are still overpriced. Older GPUs are optimized for PCIe 3.0 and do not benefit from PCIe 4.0. On the other hand, small NVMe SSD storage devices do that, which read and write data even faster thanks to the new standard. However, this does not make a noticeable difference in everyday use or in games. Another minus point: PCIe 4.0 needs more power than PCIe 3.0. The X570 motherboards get a lot warmer, which is why most have a small fan installed. This could be a minus point for friends of absolutely silent computers.

If you don't want to spend too much money and rely on a fourth-generation entry-level or mid-range Ryzen processor, you can look at a mainboard with a B550 chipset. Mainboards of its kind offer fewer slots and connection options and hardly any overclocking potential, but are significantly cheaper. If you want to build a cheap gaming computer, in most cases it is better to invest the majority of the money in a decent graphics card.

The question still arises as to what size your mainboard should have. You don't decide that on your own, of course, your housing will answer that for you. There are now many form factors for cases and mainboards: the most common are ATX, Micro ATX (uATX), DTX and ITX. They differ in size and correspondingly in the connection options.

For example, if you want to build a particularly small computer, you can rely on ITX and buy the appropriate housing, power supply unit and mainboard. The big gamers rely on ATX and Micro ATX because you install the components in a midi or big tower. These cases typically offer the best airflow to move warm air out of the case.

Note: The article was first published in October 2021.

1 The Success of Fake News 2 No Bayern return? AS Monaco would like to keep Nübel... 3 All right with Max Eberl! Announcement planned for... 4 After funeral procession through London: For King... 5 German TV Award 2022: Cathy Hummels inspires in a... 6 Outdoor brand: Patagonia founder sells company - and... 7 Dax: Frankfurt Stock Exchange opens with profits 8 Study: Walks reduce the risk of dementia - but it's... 9 Silver cleaning cloth: How to make tarnished silver... 10 After the death of her grandmother Queen Elizabeth... 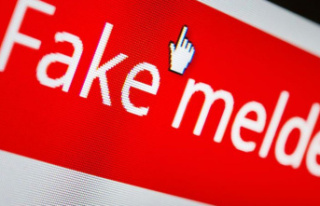 The Success of Fake News