PORT-AUPRINCE (Haiti) -- It has been a year since President Jovenel Moise was assassinated in his private residence. 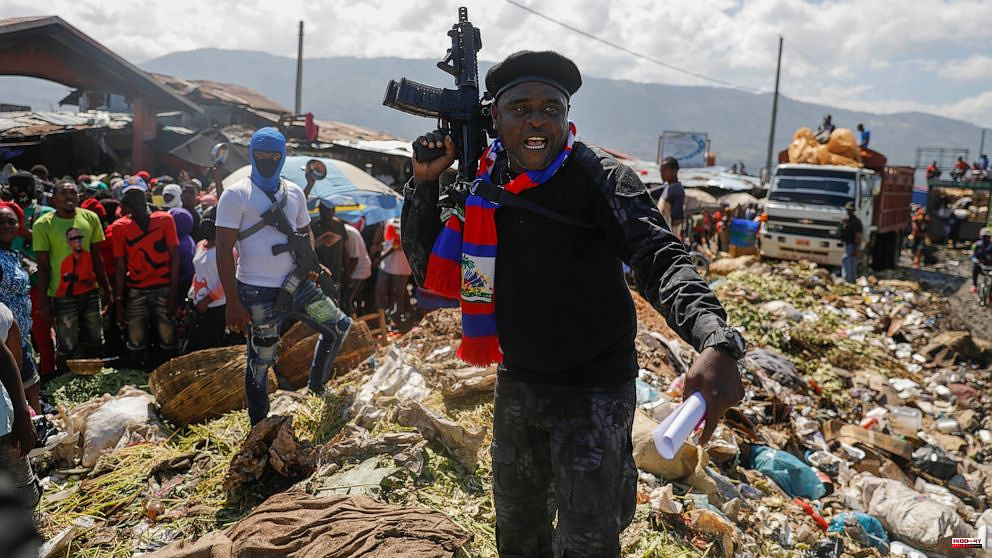 PORT-AUPRINCE (Haiti) -- It has been a year since President Jovenel Moise was assassinated in his private residence. There, he was protected by an elite security team. Authorities have failed to find and arrest those responsible for the murder, and Haiti is in free fall as violence rises and the economy plummets.

Many people have fled Haiti over the past year. They traveled on dangerous boats with hundreds of Haitians, and have repeatedly ended up in neighboring countries. They chose to take that risk over going hungry and fearing for their lives.

Since Moise's shooting last July 7, at his Port-au-Prince home, murders have increased and thousands of families have been forced from their homes by gangs fighting for territory.

The government is overwhelmed and struggling to control gangs and decrease kidnappings. However, efforts to form a coalition government are failing in recent weeks, and attempts to hold general elections are stalled. This leaves many questioning where Haiti is heading.

Prime Minister Ariel Henry promised to establish a new provisional committee to organize general elections. But that has not happened. Because the government failed in 2019 to organize elections, there has not been a Parliament. Moise fired most of his lawmakers in 2020. He ruled by decree for over a year before his death.

Four of the four judges who were to oversee the investigation have resigned, and some say they fear for their lives.

Henry acknowledged the uncertainty that hovers over the case. He tweeted last month: "I have the uneasy feeling that those who funded and created this macabre plan continue to run the streets and are still trying to escape our judicial system."

He spoke at a memorial event on Friday and expressed his determination to "encourage, relentlessly," the continuation of the investigation up until its conclusion.

As he spoke, many Moise supporters, wearing T-shirts demanding justice, marched through the capital towards the house where he was murdered, chanting "Jojo! We will never forget about you!" Others demanded Henry be detained.

Many relatives of soldiers in Colombia demand a proper judicial system and improvements in the conditions in prison.

Nataly Andrade (wife of retired Col. Giovanny guerrero) told The Associated Press that "a lot of the time there isn't food, no potable waters." In May, she visited him in prison and was shocked at the weight loss. Eight inmates from southern Haiti have died of heatstroke and malnutrition in recent weeks.

The United Nations Integrated Office Haiti observed that the investigation seemed to be stalled and urged authorities to bring those responsible to justice as soon possible.

It stated that "Since the crime was committed, growing insecurity has been linked to the proliferation acts of violence perpetrated by armed gangs and has terrorized Haitian citizens"

The U.S. State Department released a similar statement. It expressed concern about the investigation's "limited progression" and called on Haitian authorities for greater security for those involved in the case as well as to keep the chain of custody of important evidence.

Martine, Moise's widow issued this month a statement stating that she would not be attending any of the Thursday commemorations held by Haitian state. Martine stated that "whose head is the subject (of) serious suspicions about (involvement with) the assassination President of the Republic."

Henry has dismissed the allegations but fired a chief procuror last year, who requested that a judge indict the prime minister for the murder and ban him from leaving the country. Henry had spoken twice with a key suspect within hours of the murder, according to the prosecutor.

Henry's office stated that the prime minister cannot identify all those who called him on that day, or determine the nature and content of conversations because he was unable to take all calls. The suspect is still at large.

Henry encourages Haitians to put their efforts into turning the country around.

He stated that Haitians must work together to bring back those parts of society that are too fractured. This is essential if we are to restore security, deal effectively with armed gangs, their sponsors, and create an environment conducive to holding elections with high turnout in order to rebuild democratic institutions.

Henry is being blamed by a growing number Haitians for their growing insecurity.

According to the United Nations, almost seven kidnappings per day are reported. In May alone, more than 200 deaths and 198 abductions were reported. This country has more than 11,000,000 people. Two busloads of children, three U.N. employees, and their dependents were among those kidnapped. One gang also seized control of a portion of Haiti's Court of First Instance. They looted and burned case files and evidence.

Ralf Jean-Pierre (a Les Cayes businessman who lives in Port-au-Prince) said, "Even though there is a prime minister," he said, as he looked around the streets while talking. He was afraid he might be kidnapped.

According to him, it has been difficult for his family to live because they can't transport goods like tomatoes, bananas, and yams that are grown in southern Haiti to the capital. This is due to warring gangs having taken over the main road linking the two regions.

Access is difficult and aid is not reaching the affected areas of the magnitude 7.2 earthquake in southern California that occurred almost one year ago. It killed more than 2,200 people, and damaged hundreds of thousands of other homes.

Haitians fled in large numbers. The largest example was in May when 842 Haitians found themselves stranded off the Cuban coast. Their captain had abandoned their boat and they were left behind. Many others have also landed in Florida and many have drowned at sea over the past months.

Claudia Julmiste is a nursing student. She said that she is trying to make ends work by selling underwear, bras, and wigs she bought in the Dominican Republic. However, she and others have been hard hit by Haiti's double-digit inflation.

She said, "I'm trying make the most of it here." "I don’t want to be one those kids who gets on a boat at sea and dies, but Haiti isn’t offering anything."

1 NATO official: The West Balkans are not under imminent... 2 Meet the Palestinian president and Israeli defense... 3 Germany elects a new head of the anti-discrimination... 4 A new dielectric optical telescope is used to constrain... 5 No gorings at the 1st bull race in Pamplona for 3... 6 Iraq's oil minister calls for an end to Kurdish... 7 A timeline of Johnson's career, from Brexit to... 8 The first self-calibrating photonic chip in the world:... 9 Russia plans to imprison anti-war official and activist... 10 One scandal too many: British PM Boris Johnson steps... 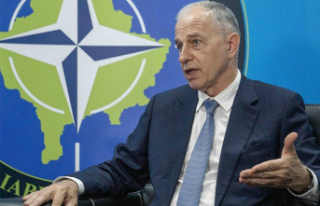 NATO official: The West Balkans are not under imminent...