Hainer: "Lewandowski has a contract until 2023 and will play for Bayern all that time" 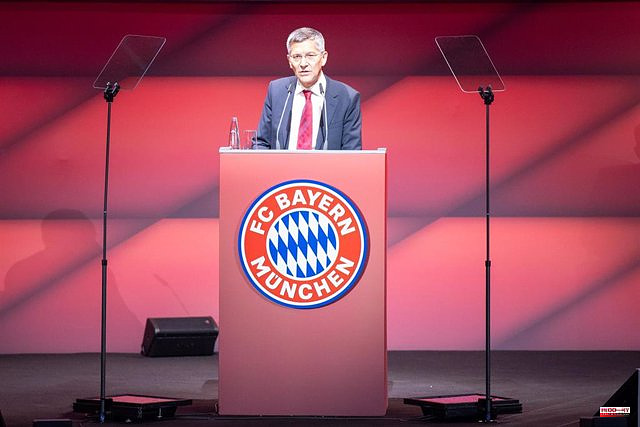 The president of Bayern Munich, Herbert Hainer, insisted this Sunday that the Polish striker Robert Lewandowski will fulfill his contract with the German club, which ends in 2023, in statements to the Sport1 sports channel.

"He has a contract with us until June 30, 2023, and he will play with us for that entire time," said Hainer, who, however, did not categorically rule out Lewandowski's departure this summer. "It may be that both parties agree," he said, but stressed that they would have to "agree."

Hainer explicitly referred to the club's plans. Bayern would have to find a replacement. "There is no substitute for a world-class player like Robert Lewandowski," he noted.

He also clarified that the chairman of the board of directors, Oliver Kahn, and the sporting director, Hasan Salihamidzic, had made a contract extension offer in talks with Lewandowski's representative, Pini Zahavi.

"And apparently it wasn't accepted," Hainer said. Due to Lewandowski's conflicting statements, Hainer explained that a written contract would only be drawn up and presented once everything had been verbally negotiated between the parties.

On Saturday, after finishing the season in Wolfsburg, Lewandowski, 33, announced his desire to change scenery this summer and that he would not renew his contract with Bayern, so a transfer in 2023 would be free of charge. In any case, Hainer does not consider that the relationship with Lewandowski and his representative is broken "in any case".

The president of the Munich club also referred again to Bayern's high losses due to the coronavirus pandemic, which he estimated at a lack of "revenue of between 150 and 200 million euros." "However, we will continue to expand the squad and strengthen it in such a way that we can play at the highest international level," he assured.

In this sense, he was "very optimistic" that, after the renewals of attacker Thomas Müller and captain and goalkeeper Manuel Neuer, Serge Gnabry will also extend his contract, which expires in 2023.

"There are still some differences of opinion with Serge, but I hope we can resolve them," Hainer acknowledged. The club's stated goal remains to tie down the striker beyond next season.

The Gnabry case seems to be about money. According to some reports, he wants to win as much as Leroy Sané or Kingsley Coman, with whom he competes in the wide positions.

1 Mazón claims the autonomy of the Diputación and... 2 From a 94-year-old man to a young man of 18: Valencia... 3 More than 100,000 people have participated in the... 4 Brilliant start of the Novilladas Circuit in Arenas... 5 Margarita del Val and Fernando Simón analyze the... 6 Another flash strike at the Casino de Montréal 7 Substrate AI finalizes the acquisition of Adhesivas... 8 One in five Spanish companies has been harmed by the... 9 Felipe VI travels to Abu Dhabi to offer condolences... 10 Aleix Espargaró narrows the siege of Quartararo with... 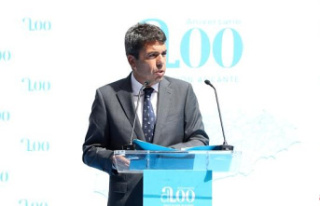 Mazón claims the autonomy of the Diputación and...