Haaland leaves an open door in his contract

Manchester City was the club that ended up taking the cat to the water in the fight for Erling Haaland. 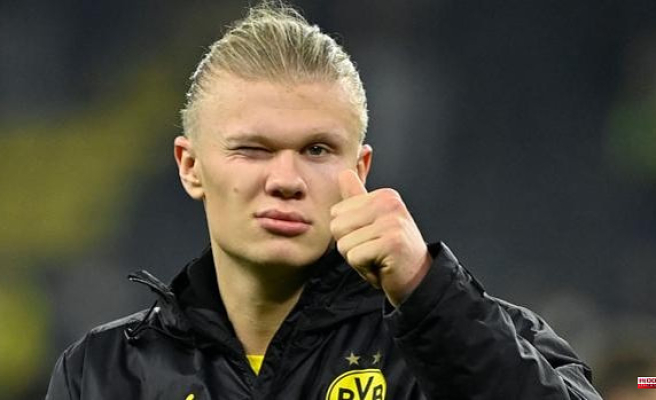 Manchester City was the club that ended up taking the cat to the water in the fight for Erling Haaland. The Norwegian striker was one of the greatest jewels on the market and it was finally the offer from the English team that ended up deciding him. Pep Guardiola and the 'citizens' rub their hands with the potential of their new signing, who aims to mark an era with his goalscoring efficiency in the coming years. However, there should also be some uneasiness in the 'sky blue' club offices as the footballer introduced a release clause in his contract from the third year.

This has been revealed by the German newspaper 'Bild', which reveals today some details of the operation between the Norwegian international, City and Borussia Dortmund, which was finally closed at 60 million euros, with a separate commission of 30 million for his father and agent.

As for salary, Haaland will receive 20 million net for each of the five years of the contract. All this, together with the fact that his father played for the same club during his playing career, ended up tipping the balance towards Manchester.

But the most striking thing is, despite the conviction of Haaland and his family to move from the Bundesliga to the Premier League, the inclusion of an exit clause in the contract. Thus, the attacker could leave the English club in exchange for an amount of around 150 million euros from the third year.

An exit door that will allow Haaland to change scenery more easily if the adventure alongside Guardiola does not work out, and that maintains the hopes of other teams that bid to become the Norwegian, such as Real Madrid, to take him to your templates within not so long.

For what 'Bild' himself explains, this clause is not a novelty in the footballer's career, who also included it in his contracts with Salzburg or Dortmund, always proportionally related to the duration of each of the agreements .

1 Demare wins by the minimum and Juanpe keeps the pink 2 The “Victoria” takes off with the third season... 3 Schedule and where to watch Nadal - Shapovalov 4 Dozens of clubs judicially challenge their possible... 5 Suzuki formalizes its exit from the World Championship 6 The Grizzlies punish the Warriors without Ja Morant 7 CNN publishes a video where Russian soldiers shoot... 8 Spain hands over Hugo Chavez's nurse to the US 9 "Russia is an old enemy. Historically we have... 10 Russia reacts to Finland's rapprochement with... 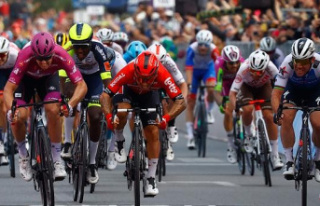 Demare wins by the minimum and Juanpe keeps the pink