Günther Epple: "The traces of a missing person fade quickly"

In Germany, hundreds of people are reported missing every day. 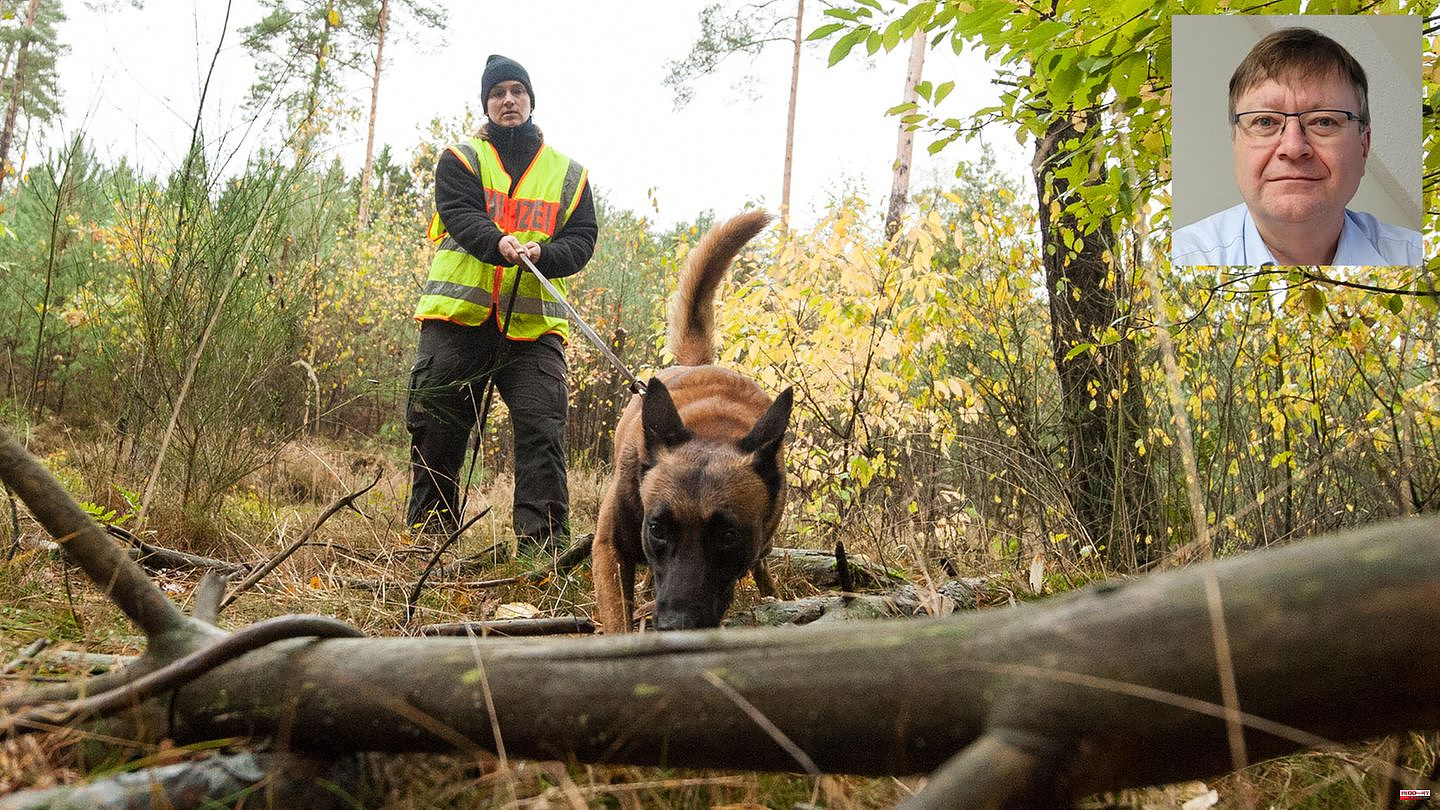 In Germany, hundreds of people are reported missing every day. How are the police following this? It's a mass phenomenon. In most cases, however, there is nothing behind it, because the missing person comes back quickly. The difficulty lies in recognizing which case is different and which missing person has actually suffered something.

What is important? The key moment is the first conversation at the police station when someone comes in and says: My husband, my wife, my child is gone. A decision is then made: We are now investigating the case intensively. Or not. There are also cases where people deliberately do not want to be found. And the police aren't there to bring back a man's runaway partner. The woman probably has good reasons.

It is often said that an adult has to be gone for at least 24 hours before the police are even allowed to react. That is wrong! One likes to pick that up in crime novels.

How is it in reality? There is no deadline. You can start searching after three minutes, or you can continue not to search three weeks later.

Are you annoyed by the 24-hour rumor? Oh, I should be annoyed by a lot of what's on TV. It is important for me to say that regardless of any deadline, everyone should go to the police if they are concerned about a missing person.

What are the most important indications that something is wrong? It's difficult to say in general terms. It is noticeable when someone has disappeared without taking any money, papers or clothing with them. Then we ask whether there is any evidence of a personal crisis, i.e. whether there is a risk of suicide. In order for the police to be able to react at all, there must be indications that there is a risk to life or limb. With children, for example, we always assume that.

That means you start looking for children right away? Yes, we are obliged to investigate them right away. Depending on the case, there are of course differences in the measures that are taken. With a small child, the pressure is particularly great. With a young person, for example, you would look to see if he or she is active on social media. It is noticeable when the behavioral pattern has suddenly changed; so when someone who is actually active on Instagram every minute suddenly became completely silent on social media. Of course, this can also be related to someone taking an internet break, but in such a situation we would follow.

How has social media changed things? Social media gives us great investigative power. It is easy for the police to investigate these networks if they are not closed groups. You just ask in your circle of friends and often the problem quickly disappears into thin air. Many police stations now have their own teams that only deal with investigations in this so-called "open source intelligence". Of course, we also have the classic investigative options in missing person cases: calling clinics, taxi companies, etc. And we can use the telephone network operator to clarify whether the missing person has used their mobile phone recently and where.

How exactly can you locate the mobile phone? The network operators can tell us which radio cells a mobile phone was dialed into. But radio cells are quite large in the countryside, sometimes the reception from a mast can be many kilometers away. Cells are smaller in the city, so you might know roughly what block the cell phone was on.

And what about GPS? Of course, if the person has activated their GPS location services, it's much more accurate. Then we can ask the app operators, i.e. Google or Facebook, for the exact GPS location data. All of this assumes, of course, that there is a court order that allows us to do this.

Do the police sometimes shy away from such major measures when a teenager was not at home for a night? As you say yourself, in almost all cases it ends well. There can be the problem of the wrong routine. That a civil servant, who has experienced perhaps twenty times that all the effort was in vain, says to himself: Then I don't have to turn such a huge wheel here after all. But of course that shouldn't happen. That is why the police guidelines also state that the four-eyes principle applies in missing person cases. An official should never evaluate and decide something like this alone. Especially at the beginning, a wrong assessment can take bitter revenge.

Why is this first phase particularly important? In phase 1, i.e. in the first few hours and days, it is even easier for you as the police to find tracks. Witnesses still remember the video recordings had not yet been dubbed. After a few weeks, you're no longer catching up on what you missed in the beginning. Traces of a missing person quickly fade. In the worst case, the person remains missing, but you as the police can no longer find a starting point.

How the police deal with missing persons is also the subject of the new stern series podcast "Frauke Liebs - the search for the murderer". Frauke Liebs disappeared in 2006 after visiting a pub in Paderborn. The family reported Frauke missing, the police were unsure whether Frauke was really in danger, because after her disappearance she had called family and friends on her mobile phone and sent messages for several days. Months later, a hunter found her body.

1 King Charles III: Harry and Meghan are to come to... 2 New couple?: Brad Pitt's cuddle alert! Hollywood... 3 British intelligence: Moscow is likely to launch Iranian... 4 Saxony-Anhalt: No decision yet on relocating Halle... 5 "I'm a star": From Claudia Effenberg... 6 Mannheim: Two injured in the fire in a garden shed 7 Wiesbaden: Two men caught by the train and fatally... 8 Sanskrit: Indian student deciphers 2,500-year-old... 9 The others next to the star: why Messi can flourish... 10 Moukoko consultant confirms that the negotiations... 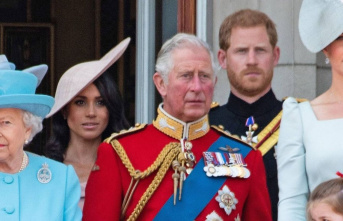 King Charles III: Harry and Meghan are to come to...