Quebec police chiefs fear that the federal government is trivializing gun violence by abolishing minimum sentences for these crimes at the worst time, when shootings are on the rise. 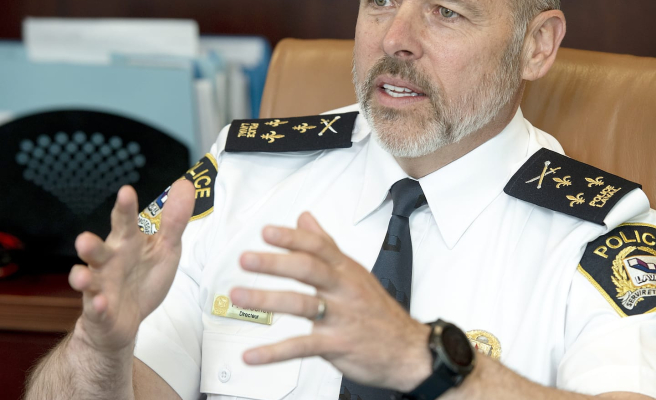 Quebec police chiefs fear that the federal government is trivializing gun violence by abolishing minimum sentences for these crimes at the worst time, when shootings are on the rise.

“We are sending a very bad message by reducing the sentences for these crimes,” laments Pierre Brochet, the Laval police chief and president of the Association of Quebec Police Directors (ADPQ).

Chief Brochet will address the elected members of the House of Commons as part of the study of Bill C-5. Presented by the Liberal government, it aims in particular to reduce the overrepresentation of Aboriginal communities and visible minorities in Canadian prisons.

The timing couldn't be less apt, as gunfire events have been on the rise in the metropolitan area for the past two years.

“We are sensitive to this overrepresentation, it is an important issue, it clutters the system. But we are concerned about the whole firearm aspect, we must think of the victims too, ”pleaded Mr. Brochet.

Other ways to act

According to him, the disproportion of the number of Aboriginal people and visible minorities is more of a “problem of a social nature” and there are other ways to intervene.

“Abolishing mandatory minimum sentences will ensure that very violent criminals get away with less sentences, he insisted. These people who are ready to do that are very criminalized. We may be idealistic, they will not stop when they get out of prison, ”he said.

The ADPQ proposes a solution to avoid the abolition of minimum sentences for these crimes: allow a judge a derogation clause, when this lends itself to it.

“According to certain criteria, a judge would have the discretion not to apply the minimum sentence, for humanitarian reasons for example,” he explained, adding that this is in force in several countries.

While three shootings in three days occurred this week on the territory of his service, Mr. Brochet does not hide his concern about the federal government's bill.

“The people who fired shots in the last few days in Laval, we want them to have minimum sentences. It affects citizens' sense of security if these people come out of detention too quickly, ”insists the police chief.

►Bill C-5 aims to repeal minimum sentences for serious crimes, such as use of a firearm during the commission of an offence, possession of a prohibited firearm, discharge of a firearm and robbery and extortion with a firearm.

The greatest fear of the Laval police chief is that a shooting kills an uneventful victim, like Meriem Boundaoui, 15, in Saint-Léonard, last year.

“Currently, it is certain that it is my greatest concern that there is a stray bullet and that a child or an innocent victim does not get hit”, launched Pierre Brochet.

This week alone, Laval has been rocked by three shootings. The last occurred Tuesday in broad daylight, in a residential and family area. Two girls aged 11 and 12, then very close to the street, saw everything from the scene.

“If you decide to shoot someone when you have two children looking for a cat next door, I have no problem accepting that this person must be at least four years in detention. People have to assume the consequences of their actions,” insisted Mr. Brochet.

He was referring to the federal government's bill to abolish minimum sentences for gun crimes.

This Tuesday event, which injured one person, is the eighth firearm crime to occur on Laval territory since the beginning of the year.

Very concerned about this outbreak of violence, the police director assured not to have skimped on the means.

“When we had the last of the three shootings, we mobilized a lot of overtime resources. We had about thirty policemen. »

According to him, the shootings would be due to a war of clans, according to certain controlled territories.

Moreover, street gangs designate themselves by zone name (zone 1, zone 2, zone 3, etc.), corresponding to the neighborhood station number of the sector where they operate, he explained, adding that young people provoke each other on social networks, which escalates or creates conflicts.

“We often hear that they shoot in the neighboring sector to score points, he lamented. What scares the most is that often it is nothing thoughtful, they have no awareness of human life. »

And more than half of the people from whom a weapon was seized on Laval territory were under 21, he said. "We even arrest young people aged 16 or 17," he said.

1 Heavy fine for illegally taking fossils 2 The escalation of violence detailed in court 3 The shortage of hypoallergenic baby milk is made widespread 4 Pregnant and migrant women: more than $10,000 to give... 5 Diapers, syringes and bowling balls thrown away for... 6 Montreal: a spectacular fire in a warehouse in the... 7 SNC-Lavalin: hidden bribes for the Jacques-Cartier... 8 Laurentian: another VP of Toronto in Quebec inc. 9 Groupe D Resto presents its CV 10 Quebecor can't wait to expand outside of Quebec 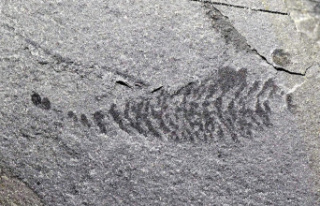