A photo of the meeting between Jorge Rodríguez and Gerardo Blyde, the two heads of the delegations of the Chavista government and the opposition, was enough to initiate formal talks in Caracas to resume dialogue in Mexico soon, with no set date yet. 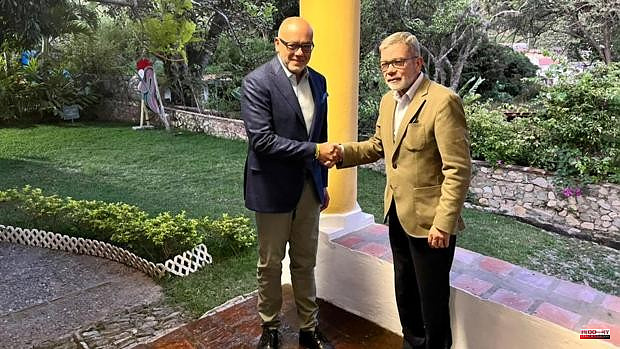 A photo of the meeting between Jorge Rodríguez and Gerardo Blyde, the two heads of the delegations of the Chavista government and the opposition, was enough to initiate formal talks in Caracas to resume dialogue in Mexico soon, with no set date yet.

"In a work meeting for future plans, in the rescue of the spirit of Mexico," both representatives of Nicolás Maduro and the opposition Juan Guaidó titled on Twitter, to confirm that the parties in conflict are preparing to resume negotiations in the city. from Mexico, broken since last August.

A few hours before Blyde's official meeting with Rodríguez in Caracas, there was a hive of versions on social networks about the possibility that the interim government of Juan Guaidó would be negotiating with Maduro the return of dialogue to Mexico in exchange for the relaxation of sanctions through prior approval from Washington.

The one who uncovered the alerts from the White House was Juan Gonzalez, adviser to President Joe Biden: “We are going to relieve the pressure through actions, concrete results, that lead Venezuela to free elections. If there is regression, then we will apply the sanctions again », he declared in the networks.

The previous negotiation would include the granting of a license for the Chevron company to operate in the oil fields of Venezuela and the elimination of the sanction imposed on the former director of PDVSA and former treasurer, Carlos Erick Malpica Flores, the nephew of the first lady Cilia Flowers.

Vice President Delcy Rodríguez confirmed in her digital account in English that “the Bolivarian government of Venezuela has confirmed the news that the United States government has authorized North American and European oil companies to negotiate to restart their operations in Venezuela.”

Neither of the two delegations has confirmed the details of the "formal talks" or in what terms the conditions for restarting the dialogue are taking place.

Only Jorge Rodríguez on his Twitter stated that «at the social table we are discussing. In this sense, Venezuela has demanded, demands and will demand the participation of Alex Saab in any of the work initiatives that are eventually agreed upon.”

For his part, the interim president Juan Guaidó first denied that he had requested the removal of sanctions against the Maduro regime. And he confirmed that the objective of the negotiation is to achieve a free presidential election.

In their statement, the opposition leader and his delegation point out that "we ratify the urgency that an immediate date and a specific agenda be announced to the country to resume the negotiation process in accordance with the memorandum of understanding signed in Mexico, which should never have been interrupted."

The opposition also reiterates its willingness to "urgently build a great political agreement that allows the recovery of Venezuela through the democratic re-institutionalization of the country, the holding of free, fair and transparent elections and the restitution of fundamental rights for all. the Venezuelans".

1 [VIDEO] Australian Prime Minister tackles child while... 2 They identify the 'girl from Porbou', the... 3 Lanaudière: a very seriously injured motorcyclist 4 The first Russian military accused of war crimes in... 5 The Supreme Court clarifies the criteria to determine... 6 The Supreme Court annuls a CNMC resolution and agrees... 7 The Justice orders to delay until sunset the opposition... 8 Evicted a married couple from a Caritas home in Barcelona 9 5 essential criteria to consider when looking for... 10 Air conditioning, fan, air conditioners... What appliances... 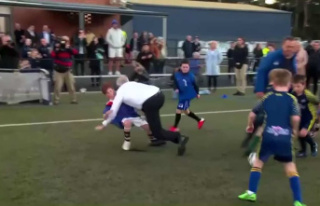