It all started as one more bottle of so many that are held in the university environment, especially in spring and more so if what is celebrated is the completion of the EvAU exams (old Selectivity). 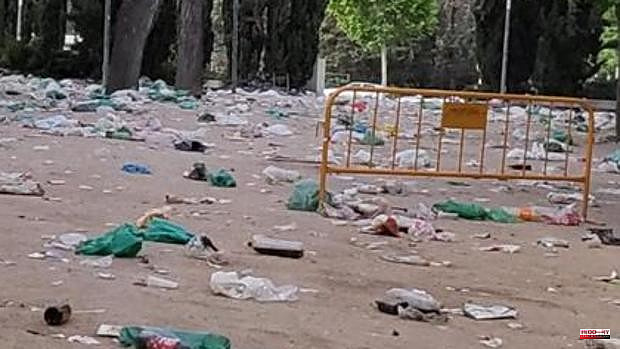 It all started as one more bottle of so many that are held in the university environment, especially in spring and more so if what is celebrated is the completion of the EvAU exams (old Selectivity). However, and despite not being the most massive of last year, the party ended in a pitched battle against the Municipal Police, deployed in Ciudad Universitaria since Thursday afternoon. It was not only the future graduates who launched it against the agents. Officials who were present confirmed to ABC that those who sparked the riots were groups of North African and Latino kids who, in addition, had dedicated the previous hours to assaulting the university students.

The Madrid City Council had prepared a broad device, which included the Central Security Units (UCS), their riot police; the Canine Guides, and the Drones Unit, which has been working for a year also to control large masses of people, like this large bottle.

The municipal head of Security, Inmaculada Sanz, referred yesterday to what happened hours before: «We have a provisional balance. The night developed normally until after 1 in the morning quite a few people came to the Complutense from different parts of Madrid. They began to evict, but hundreds of young people accumulated. At the end of the morning there were throwing of objects and some police charges. There are four slightly injured officers, with bruises. We condemn these violent attitudes, although they were not as serious as in previous years.

One of the police officers deployed there complains that, “despite minimizing it”, they threw “everything at them and for a long time; and most of them did not look like students », he ironized. In fact, around 3,000 people gathered around the Faculty of Medicine and the Faculty of Information Sciences. That was in the early hours of the morning. The problems lasted several hours, until at four o'clock at night the agents proceeded to evacuate the entire area.

That was when the rain of bottles and stones intensified against policemen, cars and street furniture. The rioters even tore down road signs. The most violent scenes were reminiscent of the most problematic bottles since the last state of alarm: those pitched battles around the Berlin park, the West park or the 25,000 people gathered in the same place on Thursday.

The police sources consulted insisted that "there was not even one colleague in civilian clothes, and that was greatly missed." The National Police Corps did not attend either, although the bottle competitions belong to the local Corps.

Previously there were several robberies with violence, whose authors, according to the descriptions provided by the victims, "coincided in almost all cases." And they were the same ones who encouraged and threw more bottles. Some descriptions, they insist, that they corresponded to gangs of Latinos and North Africans.

In total, the Samur-Civil Protection treated about 60 people, of which eight had injuries of some consideration. Three ended up hospitalized for alcohol poisoning and bruises. Four municipal police officers suffered minor injuries.

The Complutense University has reported that 44 cubic meters of glass, bottles and rubbish in general have been collected. This weekend, the San Antonio de la Florida festivities are added, so the special device against the bottle will persist, also in the rest of the city's campuses.

The deployment includes a hundred municipal agents from the Moncloa District Integral Unit, as well as from the UCS, the Canine Section, the Cavalry Squadron and the Drone Unit.

1 The metamorphosis of the Ice Palace: from morgue to... 2 The 45 black spots with the most accidents on the... 3 Top the price of visiting tickets, the desire of the... 4 Spain lives on the wire 5 Without privileges for Andorra de Piqué 6 If you are going to visit Asturias to eat only fabada... 7 A judge indefinitely prohibits bullfights in Plaza... 8 Mexico City bullfighting ban extended indefinitely... 9 The US affirms that the 250 Honduran workers that... 10 Patchwork to fix the world 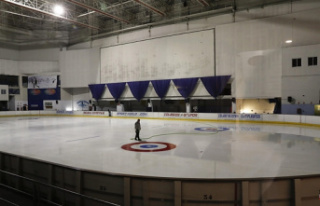 The metamorphosis of the Ice Palace: from morgue to...