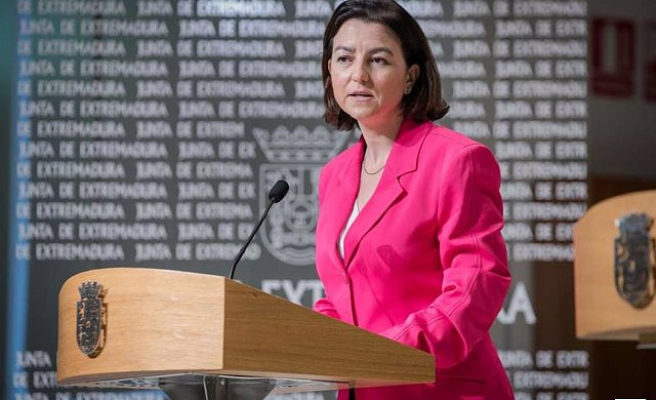 The spokeswoman for the PSOE in the Senate, Eva Granados, has asked this Monday the leader of the PP, Alberto Núñez Feijóo, to act to "clean up the corruption of the PP once and for all" and not be "the cover" of the former president of the Government Mariano Rajoy.

This was expressed in an interview with the program 'La hora de La 1' in reference to the conversation published this Monday by 'El País' in which the general secretary of the PP between 2008 and 2018, María Dolores de Cospedal, told the then commissioner José Manuel Villarejo that "it would be better" to be able to "stop" the publication in the media of "Bárcenas's notebook", in reference to the documents of the then former PP treasurer Luis Bárcenas that showed a B box in the party.

For Granados, these audios "return to the table the lack of an alternative" to the Government of Pedro Sánchez, since, as he has said, the PP and Feijóo "are doing absolutely nothing in the face of the episodes of corruption" that are " come every day" at the party.

In this sense, he has said that "no one remembers" that Feijóo was "shocked" by the events. "I think that Feijóo will have to do something so that we don't think that it is Mr. Rajoy's cover," he added.

Granados has lamented the "fact that (the former president of the PP, Pablo) Casado tried to lift the rugs and suddenly everyone agreed to kick him out and put Feijóo in", who, he warned, "is still Rajoy's successor ".

For all these reasons, he has demanded from the leader of the PP "explanations and concrete actions to clean up the corruption of his party at once", while he has demanded that he not say that he is going to "recover the PP from before".

On the other hand, the socialist spokeswoman in the Senate sees the arrival of the 'popular' leader in the Senate as an opportunity to "know exactly what he thinks" and has assured that he will have the opportunity to debate with the president, Pedro Sánchez, who will continue to attend to the Upper House "as it has been doing, every month or month and a half".

Regarding the recent news that King Emeritus Juan Carlos I will return to Spain on May 21, after nearly two years living in the United Arab Emirates and after speaking on the phone this Sunday with Felipe VI, with whom he agreed to meet in Madrid his return to Spain, Granados has said that it is an episode that has to do with "normality".

"His son and he have agreed that they are going to see each other,... well, (it is) within normality, I don't think that meeting between father and son will have much debate," he added, to add that the return of Juan Carlos I "has no more relevance" than this reunion.

Finally, Granados has vindicated the recent agreement to include sick leave due to incapacitating menstrual pain and has ruled out that the legislature will not be concluded due to the crisis derived from the 'Pegasus case'. "There is a legislature for a while", he has sentenced.

1 Valladolid, capital of biomass 2 11,500 applicants for 1,035 places in the oppositions... 3 Núñez Feijóo visits Ceuta this Tuesday to demand... 4 IN PICTURES | Queen Elizabeth II cheered at the first... 5 The advance of the Toledo POM will be presented, finally,... 6 Masterchef 10 burns its own failure: La 1 broadcasts... 7 Five young people injured, four of them minors, when... 8 The Ceuta border is spruced up for opening a year... 9 Fourteen Spaniards in the iQFoil European Championship 10 Price of electricity, tomorrow May 17: the cheapest... 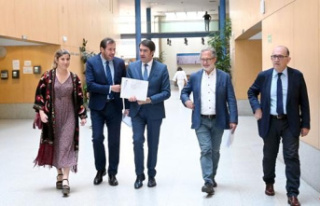