Grains as a weapon of war: how Russia's onslaught is starving the world

Wheat thefts, blocked ships, mined fields: the world is being supplied with less grain as a result of the Russian attack on Ukraine. 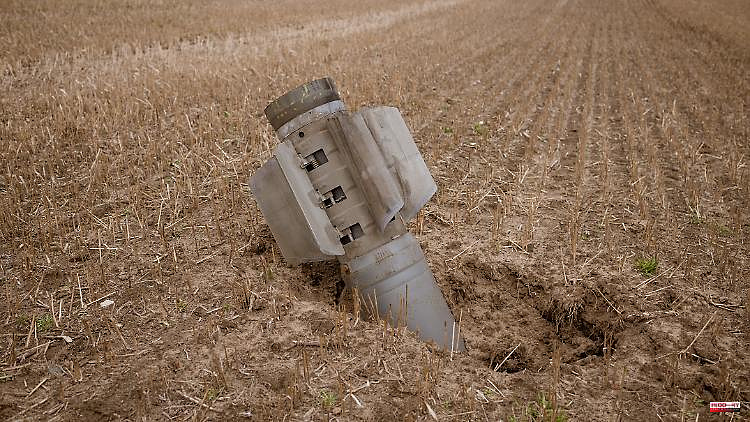 Wheat thefts, blocked ships, mined fields: the world is being supplied with less grain as a result of the Russian attack on Ukraine. Because it used to be one of the largest wheat producers. The worst famine since the Second World War is imminent.

Before the Russian attack, Ukraine was one of the largest food producers in the world. Their wheat, corn and other grains are eaten all over the globe. In 2020 alone, it produced almost 25 million tons of wheat and exported three quarters of the amount. Only Russia, the US, Canada and France sell more wheat.

But with the beginning of the war, the Ukraine almost had to stop its deliveries. The south coast with the most important ports is blocked by Russian troops. The ships laden with grain are stranded. Transporting trains is complicated and dangerous because fights obstruct tracks and railways. 13 million tons of grain cannot be exported due to the fighting, says Stephan von Cramon-Taubadel, professor of agricultural policy at the University of Göttingen, in the ntv podcast "Learned again".

The Ukrainian government expects that half of the total harvest this year could be lost because of the war. The French data analysis company Karryos, which evaluates satellite images from NASA, estimates that this year about a third - 35 percent - less wheat can be harvested.

Spring is an important time for agriculture. Turnips and potatoes go into the ground, wheat and corn are sown. But there is a lack of staff and space. It's also not long before the summer harvest. "Of course, wherever the armed conflict is approaching, it becomes more difficult. Purely for safety reasons. After the Russian soldiers have withdrawn from the Kiev area, there are reports of fields that are mined, making the work dangerous," reports Farming expert from Cramon Taubadel. In addition, there is a lack of petrol and agricultural machinery. "They were taken away by the Russians."

Ukraine still has supplies. According to the Federal Ministry of Agriculture, there are currently around 20 million tons of wheat in the warehouses. But it's getting less every day. Around 700,000 tons of grain simply disappeared during the war, says the UN agricultural organization - it suspects that Russian troops stole it and brought it to Russia. In addition, the Russian army destroys warehouses and fields. According to the Ukrainian government, it has already destroyed hundreds of thousands of tons of wheat.

Cereals that people around the world urgently need, says Hermann Lotze-Campen in the podcast. "Both Russia and Ukraine are important suppliers on the world markets," explains the department head for climate resilience at the Potsdam Institute for Climate Impact Research (PIK) and professor for sustainable land use and climate change at Berlin's Humboldt University. That could "of course drive hunger crises even further".

With attacks on grain silos, the Russian army does not only want to harm Ukraine, says Stephan von Cramon-Taubadel. It looks as if Russia "consciously wants to put pressure on the world food situation and the supply situation in some importing countries." Grain as a weapon is the keyword.

Grain is more expensive than it has been for a long time - prices are exploding. In March and April it cost around a third more than a year ago. The prices have already risen due to the corona pandemic, says Hermann Lotze-Campen. "Whenever commodity prices rise on world markets, poor countries that depend on imports immediately have problems. As always, it hits the poorest of the poor, the poorest sections of the population in poor countries." Stephan von Cramon-Taubadel does not see any relaxation in the coming years.

Federal Development Minister Svenja Schulze sees the worst famine since the Second World War coming. According to the experts Lotze-Campen and von Cramon-Taubadel, a global famine is not yet imminent. But it hits Ukraine's most important customer countries hard: in the Near and Middle East, in Southeast Asia and in Africa.

According to Stephan von Cramon-Taubadel, a large part of the population in the countries of North Africa is dependent on cheaper grain thanks to government subsidies. The countries are very afraid of unrest due to rising agricultural prices, as they did in 2008 and 2010. "It is estimated that Egypt will have to spend two to three billion dollars more on wheat imports this year. That is almost one percent of Egypt's gross domestic product, a lot of money. "

The Leibniz Institute for Agricultural Development in Transformation Economies knows that there is still enough wheat, but other countries such as India, the USA and Australia can step in. "It may be that some countries like China and India, which are sitting on large stocks, are thinking: Now we might be able to sell a little bit of it this year," says von Cramon-Taubadel. The experts cannot predict whether there will still be enough next year. In addition, Russia, the number one supplier of wheat, is currently not exporting any grain at all. India, the largest wheat producer after China, is currently experiencing an extreme heat wave with temperatures of more than 40 degrees Celsius - this also endangers the harvest.

Producing more grain in the short term is difficult in agriculture. Especially in countries where water is already scarce. But there are other ideas. Hermann Lotze-Campen suggests eating less meat. "More than half of the grain that is grown in Europe is fed to livestock. For climate protection and health reasons, animal husbandry and the consumption of animal-based foods would have to be reduced in the longer term anyway." It may not help right now, but it will have a long-term effect.

The war in Ukraine has hit farmers hard. Fertilizer and animal feed have become much more expensive. This is why farmers in Germany are exceptionally allowed to mow grass or let animals graze on certain "ecological priority areas" this summer. Hermann Lotze-Campen considers this to be ineffective. In order to relieve the farmers, it would make more sense if they cultivate other types of plants. "For example, in order to react to the high fertilizer prices, especially for nitrogen fertilizers, or the lower availability, you could grow more legumes, i.e. nitrogen-collecting plants such as peas, beans, lupins, which supply themselves with nitrogen. That's definitely the case something you could do relatively quickly."

Despite the war, agriculture continues in Ukraine. The farmers try to somehow till their fields. In their distress, they fall back on old methods, for example, and do the work as before, with horses. They won't be able to plan properly until the war is over.

1 The price of electricity rises 53% this Monday and... 2 Industry ruled out the use of European funds to intervene... 3 ERC requires the Treasury to increase the staff of... 4 Liberbank's digital banking will suffer interruptions... 5 Maragall points out Colau after the espionage in the... 6 "That's absurd": Baby milk is becoming... 7 "That's absurd": Baby milk is becoming... 8 Dollar index rises: Interest rate worries continue... 9 Getafe – Barcelona: schedule and where to watch... 10 US Senate confirms Republicans: Fed Chair Powell gets... 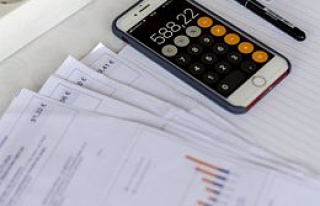 The price of electricity rises 53% this Monday and...