Google opens its 'cloud' region in Madrid and expects the creation of 10,000 jobs

Google Cloud has launched this Wednesday its 'cloud' region (in the cloud) in Madrid, the first in southern Europe for the firm, a project that will require 10,000 jobs according to estimates by the US firm. 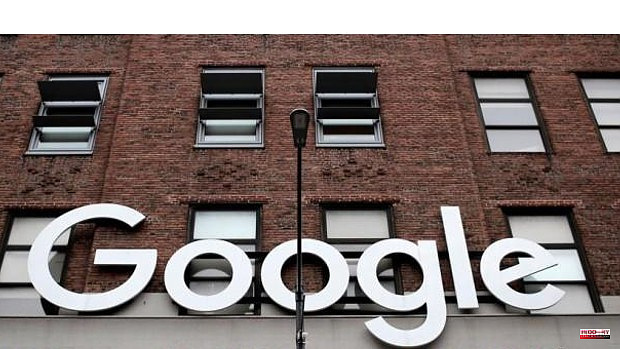 Google Cloud has launched this Wednesday its 'cloud' region (in the cloud) in Madrid, the first in southern Europe for the firm, a project that will require 10,000 jobs according to estimates by the US firm.

The company estimates that the region, named Europe South West 1 and made up of three facilities, will cause an estimated impact on the country's economy of 1,300 million euros after the 650 million dollars (609 million euros) that it will invest in Spain.

The general director of Google Cloud Iberia, Isaac Hernández, and the international president of this technology branch, Adaire Fox-Martin, have staged the 'turning on' of the network's data centers at an event held this Wednesday in Madrid.

With this region, Google adds 30 cloud areas in the world, to which Milan and Paris will soon be added. The one inaugurated this Wednesday is also the first region to be opened by one of the technological giants in Spain, serving as the beginning of the succession of openings that is expected in the coming months with the arrival of the regions prepared by Microsoft, Amazon Web Services, IBM and Oracle.

In a subsequent press conference, Hernández specified that there are three spaces, one in a building provided in Alcalá de Henares by Telefónica and another two by two other partners that provide the building and access to energy, while Google Cloud installs the technology.

Hernández highlighted the good relationship that the company maintains with Spanish operators, especially Telefónica, which is also a supplier of equipment for its submarine cable outlet in Bilbao. The three centers will have equivalent power and will be connected to each other to guarantee service identity.

The event had the virtual presence of the President of the Community of Madrid, Isabel Díaz Ayuso, who highlighted the virtues of the city in attracting digital investments, and the closing remarks by the Secretary of State for Digitization and Artificial Intelligence, Carme Artigas.

The latter has highlighted Spain's ability to attract technological talent and companies due to its combination of good quality of life and highly trained personnel. Likewise, he has called for promoting the sustainability and digitization duet with new perspectives such as green algorithms.

The region began operating on May 9 and currently has a hundred clients, including Carrefour, BBVA, Mapfre and Leroy Merlin. On the other hand, a group of 30 Google partners, which includes from foreign multinationals such as Kyndryl, Accenture and NTT Data to Spanish companies Minsait, Indra's digital solutions subsidiary, Making Science, AtSistemas, and Sngular, already provide their services as well within the region.

The Director of Engineering for Google Cloud Iberia, Javier Martínez, highlighted the company's security proposal, which uses the cryptography itself developed by the technology and which will reinforce European digital sovereignty. Among the advantages for the user, Martínez has especially highlighted the reduction in latency, which has gone from 20 or 30 milliseconds to one in Madrid and less than ten in the rest of Spain since the launch of the region.

The directors have pointed out that many clients will move their data directly to the region, especially those that provide service only in the national territory, but also others that may divide their data, depending on the geography in which they are operating.

Likewise, emphasis has also been placed on the good connections in Spain. Recently Google has connected one of its submarine cables in Bilbao and a few weeks ago it announced a new cable that will connect Lisbon and Africa, which will affect the interconnection of the entire Iberian Peninsula with the rest of the world.

Spain has positioned itself as one of the main centers of investment in digital infrastructures in Europe in the last year, with Madrid consolidated as the 'digital hub' in the south of the continent.

1 The Barcelona City Council will present a complaint... 2 The IVAM presents an exhibition by Mar Arza that reflects... 3 Albares sees the possibility of "unraveling"... 4 Experts in animal translocation warn that "there... 5 These are the five worst shootings in US history 6 The best water in the world is born in a spring in... 7 Castilla-La Mancha will "connect" from the... 8 Puig's brother's partner acknowledges to... 9 Schedule and where to watch the Champions League final... 10 The perpetrator of the Texas school massacre barricaded... 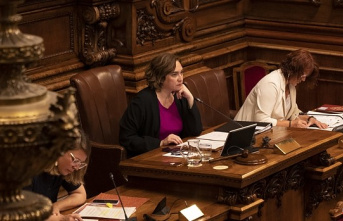 The Barcelona City Council will present a complaint...