Forty percent of Spanish children are overweight and twenty-two percent are obese, according to the Spanish Agency for Food Safety and Nutrition (AESAN). 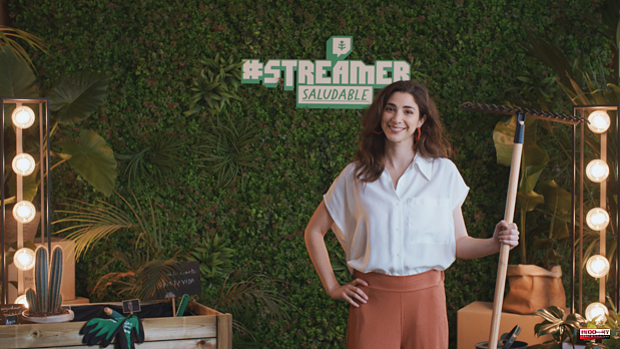 Forty percent of Spanish children are overweight and twenty-two percent are obese, according to the Spanish Agency for Food Safety and Nutrition (AESAN). A growing statistic that is increasingly influenced by a sedentary lifestyle and poor eating habits. The Ministry of Consumption has announced a decree law that will restrict the advertising of unhealthy foods aimed at children and adolescents. The new text will affect all kinds of public figures and influencers, including streamers, a group that today is the role model for millions of children and adolescents in Spain.

The new legislation, scheduled for the end of the year, will mean a significant cut in the income of many streamers, who will not be able to advertise foods and drinks that are high in sodium, sugars, sweeteners, fats and saturated fatty acids.

This initiative seeks to offer them an alternative so as not to lose income and at the same time be an example for their followers: become healthy.

Planeta Huerto, a leading ecommerce in sustainable and healthy products, has decided to support streamers by offering them the chance to join the healthy challenge: change from a sedentary life to more active and healthy habits. The call is open to any streamer who wants to take that leap by telling their new habits to their followers.

The candidate selected by Planeta Huerto will receive 3,000 euros per month for six months. Planeta Huerto has already received more than thirty applications from streamers and other influencers willing to join the healthy challenge. The call remains open until May 27.

Planeta Huerto reminds us that being healthy is much more than knowing how to eat healthy: it implies ending a sedentary lifestyle and controlling the number of hours that young people spend in front of screens.

In addition, Planeta Huerto's commitment to sustainability goes beyond health. Planeta Huerto is also committed to good practices. For this reason, the healthy challenge is an open invitation to all Spanish streamers, which leaves out those residing in other countries. We are sorry, but if you are a streamer and resident in Andorra, you will not be able to participate.

What is the healthy challenge? Planeta Huerto will select a streamer from all the applications received and offer him a six-month contract, with a salary of 3,000 euros. In that time, the streamer will have to change snacks and chocolate bars for hummus or broccoli and the sedentary lifestyle of gamer chairs for outdoor activity cultivating their own garden.

Planeta Huerto will announce the name of the "healthy streamer" at a future date, once the selection process is complete. From that moment on, the healthy streamer will start their challenge to change their habits and broadcast it on their channel or social media account. Those interested in participating can submit their application and access the bases on the web www.streamersaludable.es.

1 The opposition reproaches Colau for breaking his word... 2 Ancelotti: «Bale's farewell? It is not important... 3 Barkala says that it seems "reckless" to... 4 Arechabaleta promises signings and acknowledges that... 5 Bustamante switches to boxing and will fight Mister... 6 The Turkish veto frustrates the 'express'... 7 Rentamarkets IM changes its name to Miralta Asset... 8 The investigation into the 'partygate' concludes... 9 Sordo (CCOO), on Yolanda Díaz's 'Sumar'... 10 Ancelotti: "I am happy because we are in the... 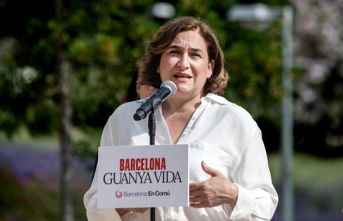 The opposition reproaches Colau for breaking his word...