The former CEO of BBVA and current president of Caixabank, José Ignacio Goirigolzarri, declared this Monday as a witness at the National High Court that the hiring of the company Cenyt by commissioner José Manuel Villarejo in 2004 to stop Sacyr's advance over the shareholding of the The bank was forged behind his back and he only found out when his then subordinate, Ángel Cano, admitted to him months later that an “intelligence agency” had been used. 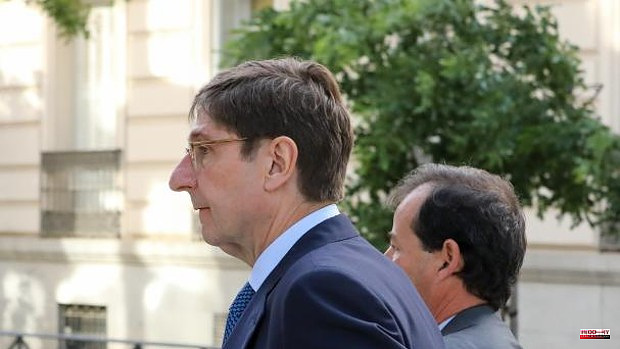 The former CEO of BBVA and current president of Caixabank, José Ignacio Goirigolzarri, declared this Monday as a witness at the National High Court that the hiring of the company Cenyt by commissioner José Manuel Villarejo in 2004 to stop Sacyr's advance over the shareholding of the The bank was forged behind his back and he only found out when his then subordinate, Ángel Cano, admitted to him months later that an “intelligence agency” had been used. He then assumed that the decision "had been made by the president," Francisco González.

Goirigolzarri came to testify as a witness in the separate piece number 9 of the macro-cause on Villarejo in relation to the knowledge he may have had when Cenyt was used to investigate the then president of Sacyr, Luis del Rivero, and the people who made up what the commissioner called a "hostile group" to gain greater control of the bank's board of directors, the so-called 'Trap Project', which was deployed between 2004 and February 2005.

According to sources present in the statement, he explained that he was first aware of that Sacyr approach in November 2004 and it is not explained that the documentation intervened in Villarejo contains preparatory maneuvers from previous months. Luis del Rivero called him, explained that they would try to reach 6% or 8% of the shareholders and he called Francisco González to inform him of the conversation. He has commented that at a financial level he was not as concerned as at a media level - he has said that it was known from the press that part of the Government was favorable to the operation - because there was more noise than real economic capacity to take control of the bank.

In any case, he has pointed out that if during those months of turbulence Cenyt was hired, he did not know it, and he has dated exactly the moment he found out: a meeting with Ángel Cano, at the time responsible for the Human Resources and with ascendancy over the Security directorate held by Julio Corrochano, which took place in May 2005. Cano told Goirigolzarri that at the time of Sacyr an "intelligence company" had been hired to carry out an "analysis of the operation" , but that everything was "legal".

Goirigolzarri has stressed at this point that he was very angry with Cano because he considered that this had been "disloyalty", since being the number two of the bank, his subordinate had not informed him. He thus explains that nothing else was discussed about the contract at that procedure meeting, where the conversation ended up turning around the lack of trust and the disloyalty of having undertaken that contract behind his "back".

The normal thing, as he has detailed, is that he channeled the presidency reports to his subordinates and that when the president gave a direct mandate to someone who depended on him, as was the case with Cano, that person "immediately" went to give him an account of what happened. But with the hiring of Cenyt it was not like that.

He did not know what became of that intelligence work, he did not know its results, Cano did not provide him with details or nuances and he no longer remembers if he openly told him that it was an order from Francisco González, but Goirigolzarri took it for granted. He has assured that he assumed that the decision to hire an intelligence agency came from the president as number 1 of the financial institution. The rest, the execution of the contract and the details, he no longer imagines who would take the lead. But the beginning, "logically", as he has said, would have to come from number one, the only one in the bank that could 'bridge' number two, according to the legal sources consulted.

The Anti-Corruption Prosecutor had urged Goirigolzarri's statement also for another matter. In the documentation intervened to the controversial police command there was a note in which it was referred that he could also have knowledge as CEO of a second phase of that operation, "Trap II", already when the bank was in negotiations with the Italian entity BNL.

In this regard, he has shown his “surprise” at the fact that intelligence services had been used in that negotiation, because he was in charge, he handled a lot of data and none pointed to such a thing. Neither Cano nor Corrochano ever informed him of that, according to his statement.

1 Two men killed a woman as they fled a police check... 2 Incidents at Stade de France: Darmanin denounces "massive... 3 The province of Alicante receives 100,000 fans in... 4 Arrested a trucker who was seven times the allowed... 5 Why the war in Ukraine may spell the end of helicopters 6 On Friday, June 17, Mimizan will show flamenco and... 7 A man is arrested for assaulting his ex-wife and her... 8 Saint-Emilion: Sharing and exchanges in the feminine... 9 Senegal: First police custody following the death... 10 Metropolis de Lyon. Adisseo, the animal feed giant,... 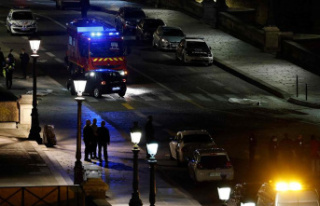 Two men killed a woman as they fled a police check...