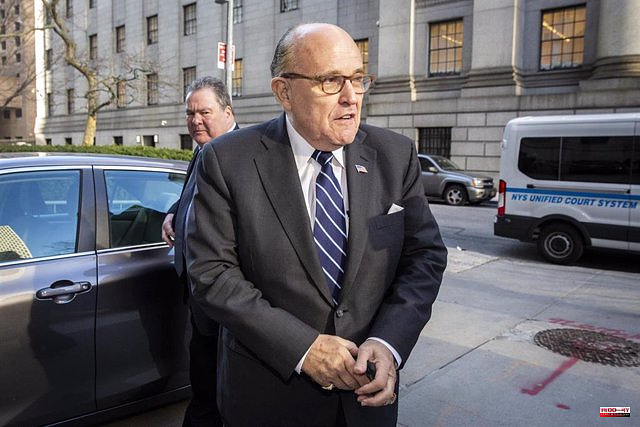 Rudy Giuliani, who was a lawyer for former President Donald Trump, testified this Friday before the committee of the United States House of Representatives that investigates the assault on the Capitol on January 6, an insurrection that left five dead.

A source has told the US network NBC News that Giuliani held a meeting with the committee for at least nine hours after being summoned last January along with the rest of the former president's legal team, Jenna Ellis and Sidney Powell, as well as the former White House adviser Boris Epshteyn.

The four starred in an emotional press conference days after the victory of the current president, Joe Biden, in which the former mayor of New York sweated ink --metaphorically and literally-- trying to convince that the former president had been a victim of electoral fraud. .

The reasons for citing the four, as explained by the chairman of the commission, Democratic representative Bennie Thompson, were both conspiracy theories about electoral fraud in those November presidential elections, and the legal efforts they tried to carry out. to override the results.

Giuliani's original statement to the committee was postponed after the committee denied him the option of recording the interview, a condition "never agreed to," commission spokesman Tim Mulvey said at the time.

Despite the fact that Trump's lawyer retracted the original statement, the two parties continued to negotiate a possible appearance, which has finally led to his deposition, as reported by CNN.

The January 6 committee is a bipartisan commission --although the two Republicans present are confessed rivals of Trump-- created by the president of the House of Representatives, Nancy Pelosi, to investigate the political responsibilities of that riot in which a motley mob of exalted tried to stop the counting of the electoral votes that certified the victory of Biden.

1 At least one dead and dozens injured by the passage... 2 Sentenced to 36 months in prison for money laundering... 3 The Minister of Defense visits the Pentagon after... 4 Russia cuts gas to Finland 5 China: in the middle of the night, thousands of Beijing... 6 NBA play-offs: Golden State overthrows Dallas and... 7 At least three civilians killed in the Donetsk region... 8 New government: parity is respected, but the sovereign... 9 The other map of La Palma, the one of the uncertainty... 10 One dead and dozens injured by a tornado in Germany 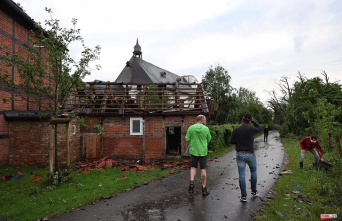 At least one dead and dozens injured by the passage...