Getafe and Barça fight for an insurance point. 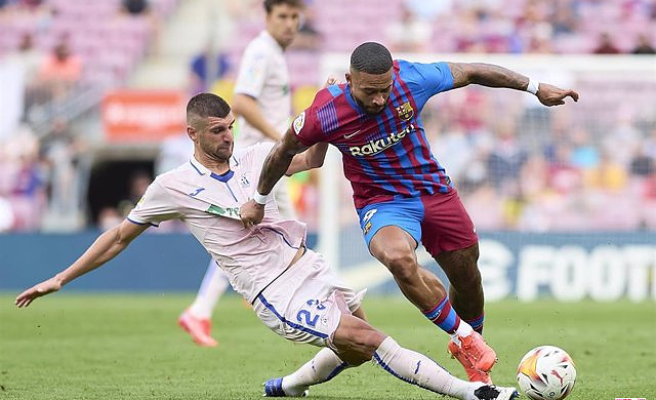 Getafe CF and FC Barcelona face each other this Sunday at the Coliseum Alfonso Pérez (7:30 p.m.) in a penultimate day of LaLiga Santander in which the 'azulones' are playing for permanence and the blaugranas for runner-up, and both goals are one single point.

The draw would leave Getafe and Barça happy. Winning would be the biggest prize, but for those of the Coliseum it is enough to add a point to celebrate the permanence and reach the final day without any worries. And, to Barça, the tie is also worth it to confirm second place.

With the particular duel against Mallorca won, Getafe knows that adding 39 points gives them the opportunity to celebrate another year in the elite. Goal that they have within reach of that tie that makes one think of a 'biscotto', because Barça would also be worth it to stay ahead of Atlético de Madrid and Sevilla.

But this is not Italy and there are more things at stake. At Barça, for example, a draw can never be taken for granted and winning would help straighten the course. It would help Barça to return to its version of February or March, when it seemed that it could even fight for a title that has not and will not come this season.

The second place, however, gives the right to be in the next Spanish Super Cup and Barça, which on the last day receives a Villarreal that could be alive in the fight for sixth place with a ticket to European competition, does not want to risk and must go out for all in Getafe.

And the locals are clear that taking advantage of the field factor against a Barça that does not have the urgencies of yesteryear is key. In case of defeat, they would reach the final day in a danger zone, in the middle of the fight for salvation to several bands. And they would play it at Martínez Valero against an Elche already saved.

The local coach, Quique Sánchez Flores, will have the loss of Stefan Mitrovic due to suspension, when he was sent off in the draw (1-1) against Osasuna at El Sadar. Neither will the discarded Erick Cabaco nor the injured Jaime Mata be in this pulse, while Jonathan Silva is doubtful.

It is worse for Xavi Hernández, who will present an unknown eleven. Beyond the casualties due to injury to Piqué, Dest, Sergi Roberto, Nico or Pedri, the one from Terrassa will not be able to count on suspension --due to the accumulation of cards-- nor with Jordi Alba, Eric Garcia (also injured in his thumb ) nor Frenkie de Jong.

In addition, Ronald Araujo is a serious doubt after the shock suffered in the win against Celta (3-1) last day at the Camp Nou, the result of a crash that forced him to be removed by ambulance and admitted to the Hospital one night from Barcelona.

1 Of the runners, of the speeds 2 Real Madrid continues its set-up against a Cádiz... 3 Araújo does not travel to Getafe as a precaution 4 Finnish President and Prime Minister announce application... 5 The price of electricity falls 33% this Sunday and... 6 Loquillo: open 24 hours 7 8 The government of Rueda: keeps all the councilors... 9 Finland formally approves its application to join... 10 Italy neutralizes a computer attack by pro-Russian... 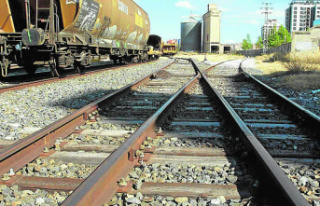