Germany's plan to deal with a major blackout

Russia is responding to the sanctions imposed by Europe as a result of the invasion of Ukraine. Russia is responding to the sanctions imposed by Europe as a result of the invasion of Ukraine. And her best asset against the West is energy. The Kremlin distributes gas, among many other resources, to much of the continent. A precious resource that has already stopped supplying the Netherlands, Finland, Poland and Bulgaria.

In Germany it is feared that this measure will also be carried out on its territory. A decision that would have disastrous results, since the German country is one of the largest dependent on Russian resources. One of the main fears of the Germans is that everything will lead to a major blackout and, therefore, to a shortage crisis.

Several countries have already planned response strategies in recent months, such as Austria.

In his case, it was conceived at the end of 2021, when the war in Ukraine had not yet broken out, but energy prices were already beginning to rise considerably.

Guided by the ideas of its Austrian neighbors, the Teutonic Government has also released a plan with which to deal with a major blackout. In fact, Olaf Scholz's Executive already called on the population at the beginning of June to stockpile water and food in the face of a possible supply crisis. The recommendation specified that the Germans store food for a minimum of ten days.

In the case of food, it is also suggested that they be non-perishable or that they have an expiration date as long as possible, such as rice, vegetables or pasta that are preserved in a can.

Regarding the energy issue, Germany advises getting mobile generators, although gasoline is also needed for their use, so it is also advisable to keep bottles of this fuel, which can also run out because many citizens would be forced to flee the country. due to the delicate situation.

In the face of possible riots derived from this supposed great blackout, the German authorities are also working on reinforcing their security forces.

1 The German 'Bund' hits eight-year highs 2 Nadal's 'happy birthday' in Paris 3 Another attack on the Barça shirt 4 Roland Garros Trophy: what is it made of and how much... 5 CSIF requests more staff for the Covid Emergency area... 6 Disappointment at the Shein store in Madrid: "We... 7 The new contract-program between the Board and the... 8 They are looking for a 93-year-old woman whom her... 9 Valencians on the Forbes list: these are the best... 10 Carlos Muñoz, only eleven years old, publishes his... 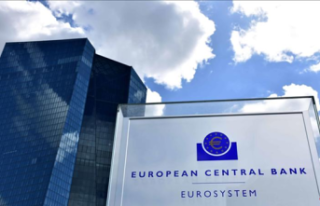