The Bundesrat, the German upper house, today approved a package of measures to relieve citizens of high inflation and the sharp rise in energy and fuel prices prepared by the federal government. 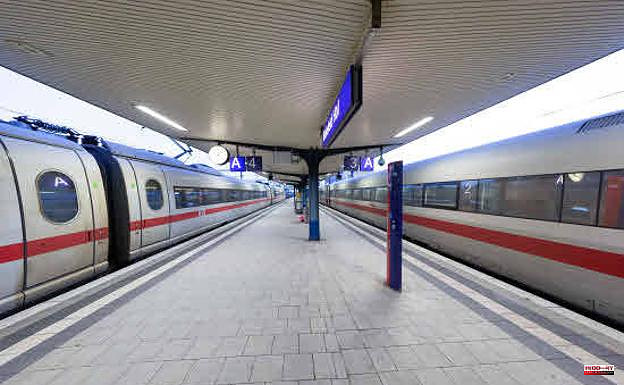 The Bundesrat, the German upper house, today approved a package of measures to relieve citizens of high inflation and the sharp rise in energy and fuel prices prepared by the federal government. Among them stands out the introduction of the single monthly subscription for a price of 9 euros that will allow citizens to use all municipal and regional public transport in the country. The ticket will be valid for travel on regional, urban and commuter trains, subways, trams, buses, funiculars, cable cars and ferries that offer regular public services from June 1 and for a period of three months until August 31. .

The purpose of the measure is to attract new customers for increasingly ecological transport, motivate motorists to give up the use of their vehicles and financially relieve the millions of people who use them daily to go to work or study. The monthly pass for all public transport in Berlin costs 86 euros. Customers who have already paid their subscriptions for the three months of this summer will receive back from the different companies the money delivered in excess. The Bundestag, the German parliament, had already given the green light to the bill last night. The stumbling block to overcome was the upper house or representation of the «Länder», which bear a large part of the cost of the experiment.

Although most of the regional prime ministers praised the Berlin government's initiative, there was criticism of the fact that there are no plans on the future of this project when it reaches completion on August 31, as indicated by the head of the Hessian government, Volker Bouffier, while the head of Brandenburg transport, Guido Beermann, regretted the hasty nature of the measure and warned that it will be Berlin that bears the additional costs involved in issuing these fertilizers and the sharp reduction in income. In contrast, Federal Transport Minister Volker Wissing said the €9 ticket represents a "huge opportunity" for climate-friendly mobility.

Praise also for the initiative from environmental organizations, which form a powerful pressure group in this country. The Federation for the Environment and the Defense of Nature (BUND) celebrated the introduction of cheap fertilizer for what it means to reduce pollution, but demanded at the same time that public transport routes be significantly expanded. "The 9 euro ticket is not going to get more buses running in rural regions," said BUND transport expert Jens Hilgenberg. The pass allows you to cross Germany from one end to the other in this type of transport, albeit with patience, a willingness to make countless transfers and a great spirit of adventure. A trip from Munich to the Baltic coast takes a minimum of 18 hours, triple that of long-distance trains.

The German upper house also approved other measures aimed at helping the population in the face of strong inflation, such as the abolition of the ecological tax on electricity that will lower its consumption or additional economic aid for the most disadvantaged.

1 Alert on detected scams of false collectors of electricity,... 2 DIRECT. Giro 2022: the 13th stage of the Tour of Italy... 3 The DGT and the debate on the new measures that may... 4 Yolanda Díaz criticizes the behavior of the emeritus,... 5 Alonso charges against the referees: "The stewards... 6 Leopoldo López, on Ukraine: "The fight for your... 7 Former Police Director Eugenio Pino, sentenced to... 8 The Granada City Council of Salobreña removes Olona... 9 The CNMC analyzes in depth the purchase of Alquibalat... 10 They investigate a gang rape of a young woman leaving... 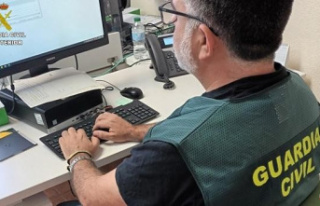 Alert on detected scams of false collectors of electricity,...